Still, a new team can come into Formula 1 on one condition

Home » Sports » Still, a new team can come into Formula 1 on one condition 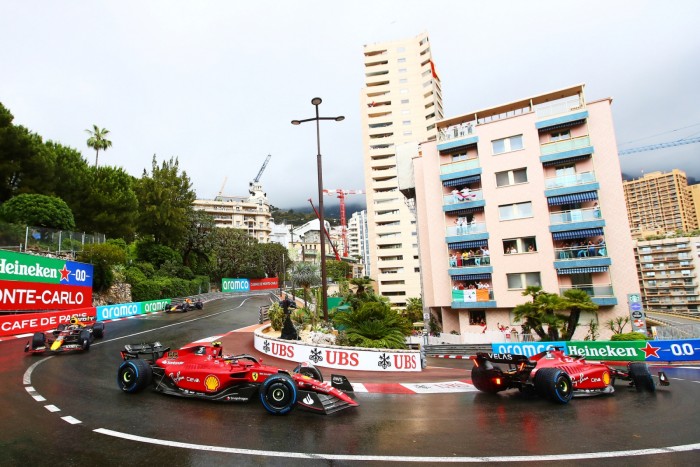 Apart from the change of name and ownership, the composition of the Formula 1 field has not changed since 2016, and accordingly it has consisted of ten teams ever since. At the same time, it has been a long time since the starting grid can expand again – it would be a candidate through Andretti’s. According to their plans, Andretti Global would start in the royal category with Renault engines by 2024, but despite the continued American expansion, the headquarters of Formula 1 and the International Automobile Federation (FIA) are not inclined to include a second team in the series after Haas. from overseas.

According to The Race, it wouldn’t even be enough for the Andretti to meet all material and non-material conditions (they claim to meet all the criteria anyway), as they would prefer to see another factory team in Formula 1 with greater global coverage. , and is therefore more attractive internationally.

The portal knows there are at most two designers: Honda and Audi – in both cases, however, huge obstacles need to be overcome in order for the Formula 1 project to materialize.

Although Audi’s merger has been raging for some time, as with another brand in the Volkswagen Group, Porsche, Ingolstadters don’t seem to have much interest in building a team from scratch. A much more likely scenario might be to buy into an existing team and then build their own engine. However, the possibilities are limited in this case as well: a collaboration of similar caliber with McLaren is unlikely, while it would be “too complicated” with Aston Martin – leaving only Sauber (Alfa Romeo) and Williams on the list.

According to reports, there may even be a chance for Sauber and Audi to marry, as in addition to the potential in the team, they would be willing to sell the rights to use the names – however, in the past their paths crossed when they worked together on the German brand’s LMP1 project. However, others say Williams would be a better choice, not least because of its headquarters in England, and Dorilton Capital may also be interested in the sale, as the value of the team has increased significantly since the investment group conducted the sale in the fall of 2020.

At Honda, however, the situation is different, as the Japanese only got out of Formula One at the end of last year, even as an engine supplier, though two teams from Red Bull have been helping out of the background ever since, not so much in secret. In addition, by the end of 2025, both Red Bull and AlphaTauri will be using Honda’s resources, but the collaboration is unlikely to continue after that.

The Race already treats the fact that Red Bull will soon announce an agreement with Porsche starting in 2026.

In Formula One, however, they would claim Honda to stay, and – perhaps seeing last year’s successes – they didn’t completely give up on continuing even in Sakura. At the very least, it is rumored that the existing resources are not only maintained at the base there, nor has the research and development work stopped. Honda has nonetheless been following discussions on changes to the rules in 2026 so far, but it would have to make serious investments – and that could be the obstacle. The F1 project was pushed into the background by Honda precisely because of its financial resources, as the board had to reallocate resources to other areas, such as the development of sustainable technologies.

Interestingly, as a factory team, Honda’s presence in Formula One has never been very lasting, and even its most recent engagement with the engine manufacturer has (formally) lasted only seven seasons, but in the meantime, they fear that Andretti Global will get a chance to be in the king category. , would leave in five to six years.