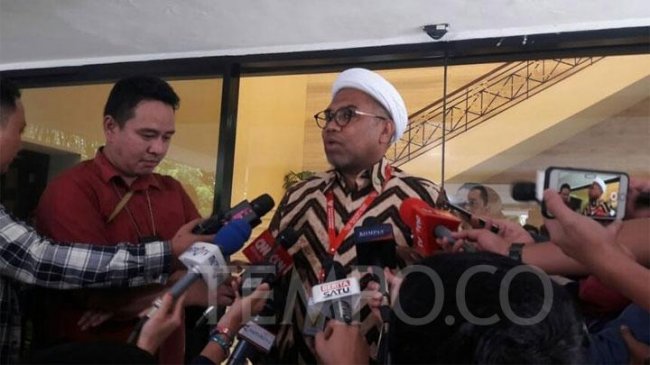 TEMPO.CO, Jakarta – Main Expert Staff of the Presidential Staff Office, Ali Mochtar Ngabalin spoke about the plan of students who will hold a demonstration against the discourse of delaying the 2024 General Election. The demonstration will be carried out if within two days President Joko Widodo or Jokowi does not also firmly reject the discourse of extending the term of office .

According to Ngabalin, the student’s threat does not make sense. Because, said Ngabalin, Jokowi has approved the election on February 14, 2022. So according to him, it is sufficient to provide an answer that Jokowi does not intend to serve more than two terms.

“What’s the logic in making threats? That’s what I can’t explain, how to place the logic. Doesn’t he follow developments?” said Ngabalin when contacted, Tuesday, April 5, 2022.

In addition, Ngabalin stated that Jokowi had repeatedly stated that he would comply with the constitution. He then asked students not to carelessly spread the threat.

“It’s not good, it’s not good in character and students’ basic principles if they threaten, this is the Head of State,” said Ngabalin.

Previously, the Student Alliance from various organizations held demonstrations against the extension of the president’s term of office and the postponement of the election on Friday, April 1, 2022. In this action, the student masses gave a two-day deadline for Jokowi to take a stand on the discourse.

However, after passing the specified deadline, Jokowi never gave a statement of attitude. Representative of the Indonesian Student Alliance (AMI) Bayu Satria Utomo, said his party would hold a larger demonstration in the near future.

However, Bayu could not confirm when the demonstration would take place. Bayu said AMI is still in the process of discussing at the alliance level regarding the demonstration. In addition to these two issues, AMI will also bring up a number of issues, one of which is the increase in fuel prices.

Read: PKS Politician Says His Party Will Guard Aspirations To Reject Postponement of the 2024 Election