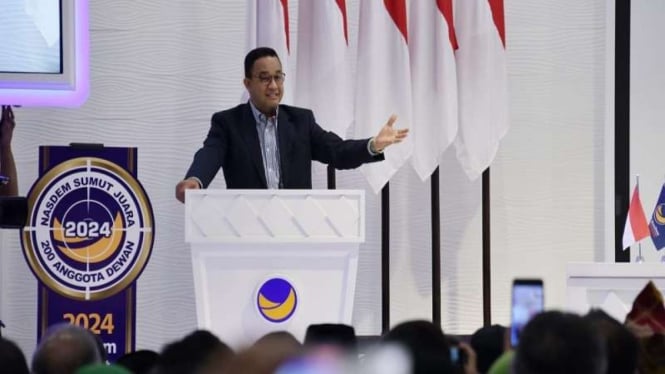 Sunday, November 6, 2022 – 05:10 WIB VIVA Politics – The Nasdem Party presidential candidate, Anies Baswedan, met and had a dialogue with a number of groups on the second day of his political safari in North Sumatra, Saturday, November 5, 2022. One of the activities that Anies attended was holding a discussion with university […] 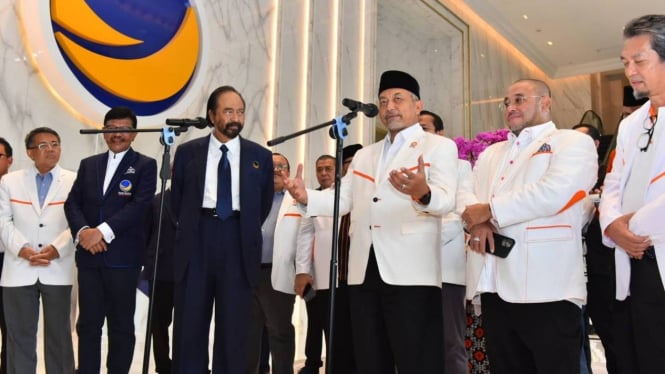 Thursday, November 3, 2022 – 06:22 WIB VIVA Politics – Nasdem’s proposal for a coalition declaration on November 10 next week was rejected by PKS. Democrats still have not agreed. The axis, which is predicted to carry Anies Baswedan as a presidential candidate in the 2024 election, is also still having a hard time determining […]

If Nasdem is considered useless, I respect it! 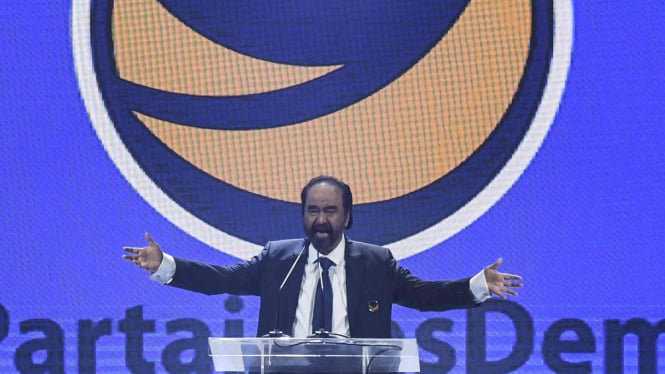 Thursday, 27 October 2022 – 00:20 WIB VIVA Politics – Chairman of the Nasdem Party, Surya Paloh, spoke about the reshuffle issue in Jokowi’s government cabinet. The issue of reshuffle re-emerged after Nasdem declared Anies Baswedan as a presidential candidate for 2024. Paloh said his party would respect all of Jokowi’s decisions. According to him, […] 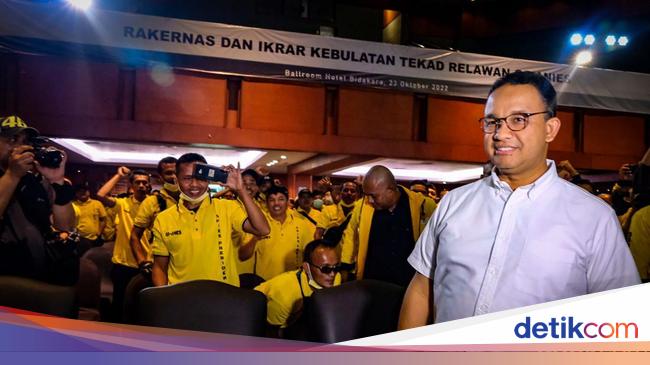 Jakarta – Anies Baswedan recalled his farewell moments as Governor of DKI Jakarta last week. Anies admitted that he never expected the enthusiasm of the public to let him go at City Hall so high. The moment was told by Anies Baswedan while attending the Go-Anies National Working Meeting and reading the pledge of determination […]

Joining Golkar, Wanda Hamidah admits she is disappointed with NasDem and Anies 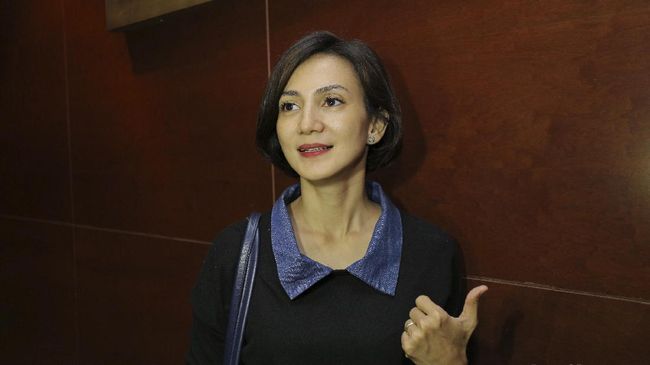 Jakarta, CNN Indonesia — Actress Wanda Hamidah admits her disappointment with her former party NasDem and the former Governor of DKI Jakarta is the reason he is now joining the Golkar Party. The disappointment was related to the eviction of his family’s house in the Central Jakarta area some time ago. He was disappointed because […] 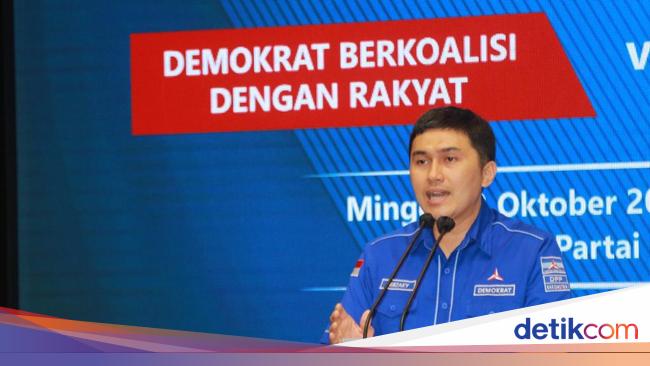 Jakarta – The Democratic Party supports Anies Baswedan in a guerrilla meeting with a number of figures including the TNI Commander General Andika Perkasa. According to Democrats, this is in line with what their Ketum, Agus Harimurti Yudhoyono (AHY) did. It is known, AHY is predicted to be a duet with Anies in the upcoming […] 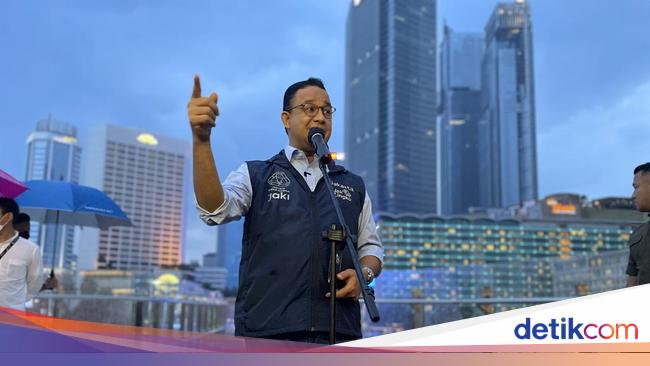 Jakarta – The roof of the TransJakarta bus stop, the HI Roundabout, leaked during the inauguration ceremony by the Governor of DKI Anies Baswedan. Anies said the problem of the leaking roof and pooling of water during heavy rains would be corrected by the development project. “If we meet a situation like that, heavy rain, […]

It’s complicated if there is a party that has declared a candidate, especially if the candidate is the antithesis of the president

JAKARTA, KOMPAS.com – PDI-P Secretary General Hasto Kristiyanto assessed that the running of the government will be complicated if there are parties that have put the interests of the 2024 presidential election first when the government is focusing on solving economic problems. This he conveyed in response to President Joko Widodo’s plan to remodel orreshuffle […] 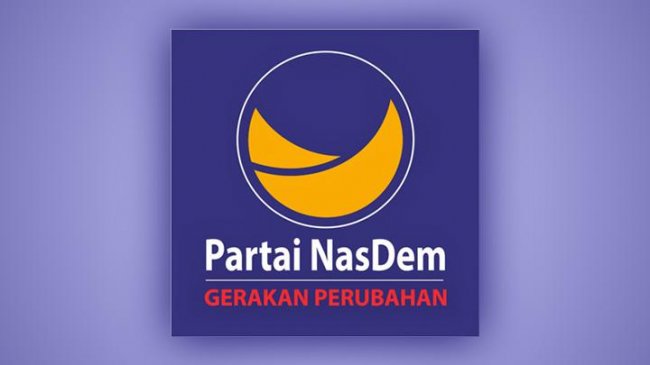 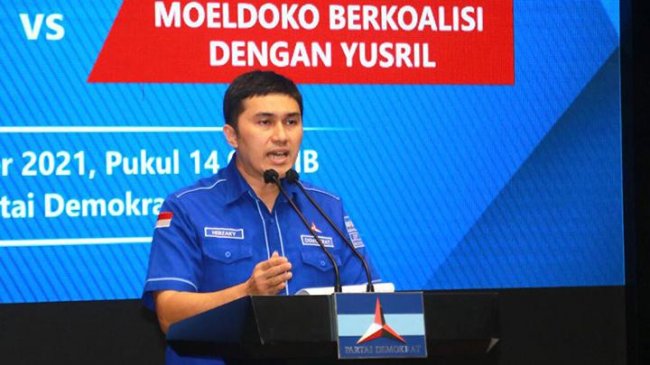 TEMPO.CO, Jakarta – The Democratic Party asks the President and his aides not to co-opt and cut off the rights of political parties as sovereign entities. This statement was made in response to the Palace’s signal that it was reshuffle cabinet after the declaration of Anies Baswedan as a presidential candidate by the NasDem Party. […]