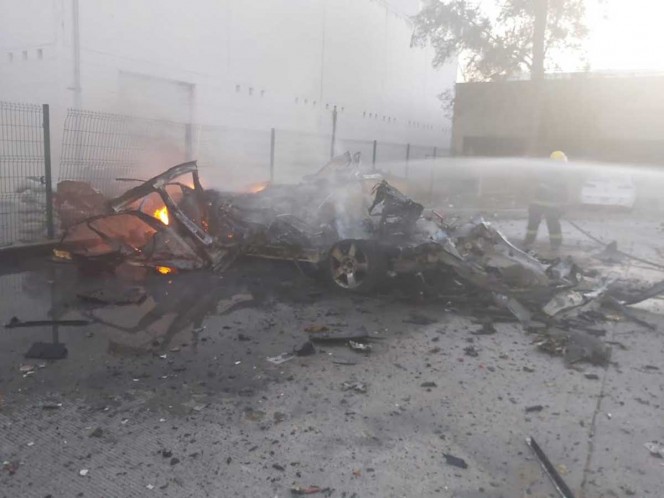 GUANAJUATO An alleged car bomb exploded this Sunday afternoon near the base of the National Guard in the municipality of Celaya, Guanajuato. The event was recorded at around 6:30 p.m. at the fair’s facilities. As a result of the event, five elements of the National Guard were treated at the scene, but no serious injuries. […]

A car bomb exploded this Sunday afternoon in the parking lot of the Celaya Fair, Guanajuato, outside the barracks of the National Guard. We recommend you: Armed confrontation is recorded in Celaya, Guanajuato The Department of Public Security The city reported that the car broke out at 6:45 p.m. outside the facilities of the aforementioned […]

This Friday there was a violent day in Guanajuato that left 22 people executed. Nine were killed tonight at the “San Fernando” hostel, located at kilometer 75 of the Pan-American-Celaya Pan-American Highway, between the municipality of Villagrán and Sarabia. Armed subjects arrived in at least three vans and gushed the place. Municipal authorities keep the […]