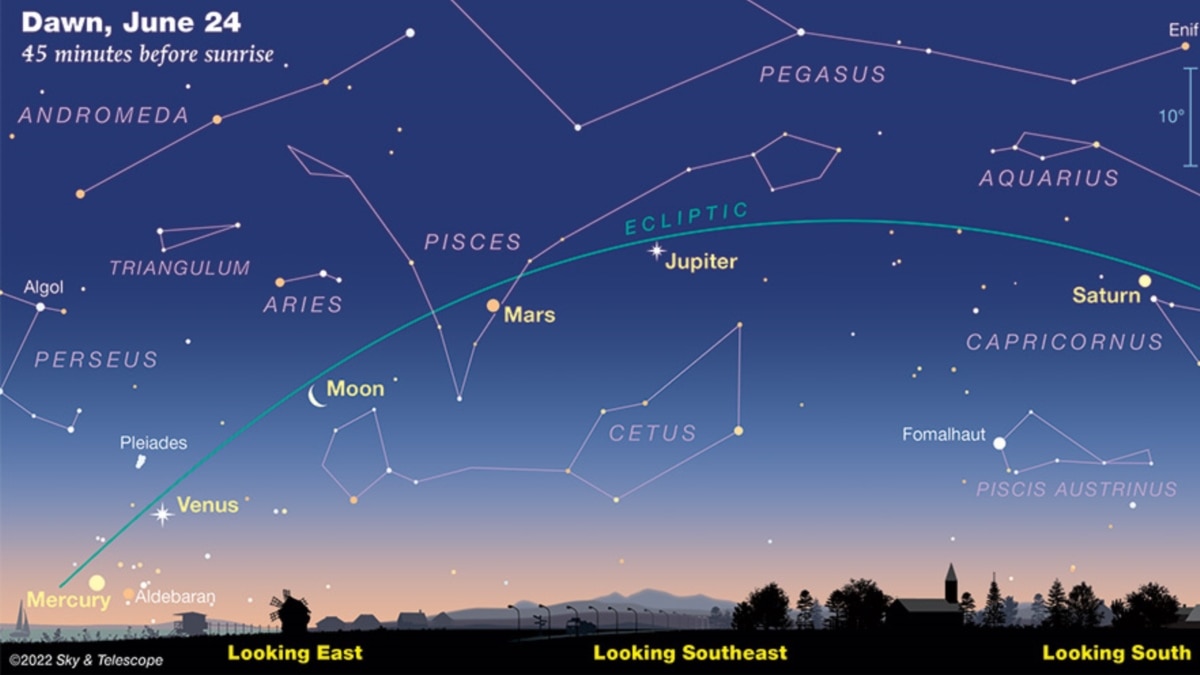 The five major planets in our solar system have lined up in a rare formation that sky watchers can see with their own eyes. Astronomers say the formation is expected to remain in the sky through the rest of June. The planets involved are Mercury, Venus, Mars, Jupiter and Saturn. They are the brightest planets […]

The latest mission of the American space agency, NASA, will explore a group of ancient objects orbiting the sun at the distance of Jupiter. Set to launch October 16, the Lucy spacecraft is designed to study Jupiter’s “Trojan” asteroids. These asteroids are small bodies left over from the formation of our solar system’s large planets. […]