Labor Day: Why no Bundesliga was played on Sunday – BUNDESLIGA 05/02/2022 – 09:47 am On Labor Day, Germany’s football professionals are allowed to put their feet up… May 1, 2022 falls on a Sunday this year. This leads to peculiarities in the scheduling of the 32nd matchday: At the request of the security authorities, May 1st will remain free of games! That was already the […]

The game: 19-15 The Toulousains, on the move to Marseille, are slowly descending step by step in this top 6 and at this rate, risk falling by dint of playing with fire, or rather with the extinguisher. The Toulonnais, who had chosen to relocate this poster to the Vélodrome stadium, gain a place in the […]

Rennes and Montpellier win, Strasbourg and Saint-Étienne neutralize each other 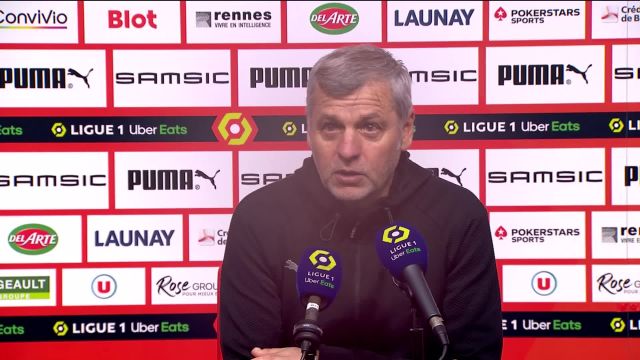 Strasbourg coach Julien Stéphan had presented the trip to Saint-Etienne as “the biggest challenge of 2022” for his team. The Greens who remained on three victories in a row did not deny it. The two teams went one after the other to Geoffroy-Guichard. From the outset, the Stéphanois took the advantage with an indirect free […]

“It’s lamentable”: the anger of the president of Angers Saïd Chabane after the penalty not whistled in Lyon

We play the 42nd minute, this Sunday, in Décines, and while OL lead 1-0 against Angers, Sofiane Boufal seems clearly unbalanced by Malo Gusto in the Lyon area. The Angevins, finally beaten (2-3), did not however benefit from a penalty from the director of the game, Mr. Wattellier. And while a lengthy possession time followed […]

Easy winner of Le Havre, Toulouse consolidates its position as leader of Ligue 2

The people of Le Havre were however warned. Conceding a free kick close to their area was almost like a penalty, given the diabolical precision of Branco Van den Boomen’s right paw. The Dutchman had already delivered 11 assists from set pieces (15 in total before kick-off, best total in Ligue 2). This Monday evening, […]

Pierre-Henry Broncan hasn’t been coaching Castres for ages (December 2020) but he knows the history, and the stories of this very special club. And it is undoubtedly for this reason, and also perhaps by superstition, that he decided not to retain for the last home game of the regular season Rory Kockott, the 36-year-old scrum-half, […]

Ligue 2: In Valenciennes, “this maintenance is rather a relief for everyone”

In front of more than 22,000 people, in a festive, colorful and partisan atmosphere, the players of Valenciennes validated their mathematical maintenance in Ligue 2 on Saturday, with a short success against Sochaux (1-0), before celebrating it with their supporters. “It was not glorious, but we felt a team, recognized Ahmed Kantari, assistant coach, in […]

On the occasion of the reception of Quevilly-Rouen this Saturday (7 p.m.), on behalf of the 30th day of Ligue 2, Niort will equal the record for the greatest number of matches played in the antechamber of the elite of the French football, since the creation of the single group during the 1993-1994 season. With […]