Cussac-sur-Loire: a rejuvenation treatment awaited for the Saint-Sulpice church 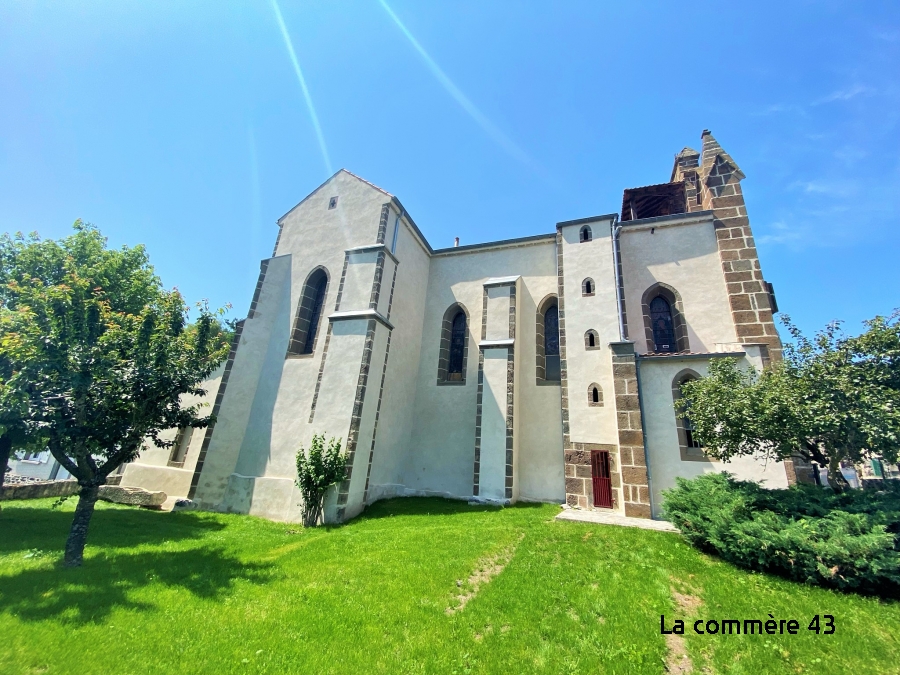 The Saint-Sulpice church, in the village of Cussac-sur-Loire, constitutes the heritage heart of the village. Although it is neither classified nor registered as a historical monument, it is also one of the rare historic buildings in the town. Three facades of the church were damaged with, in particular, leaks leading to damage to the walls. […] 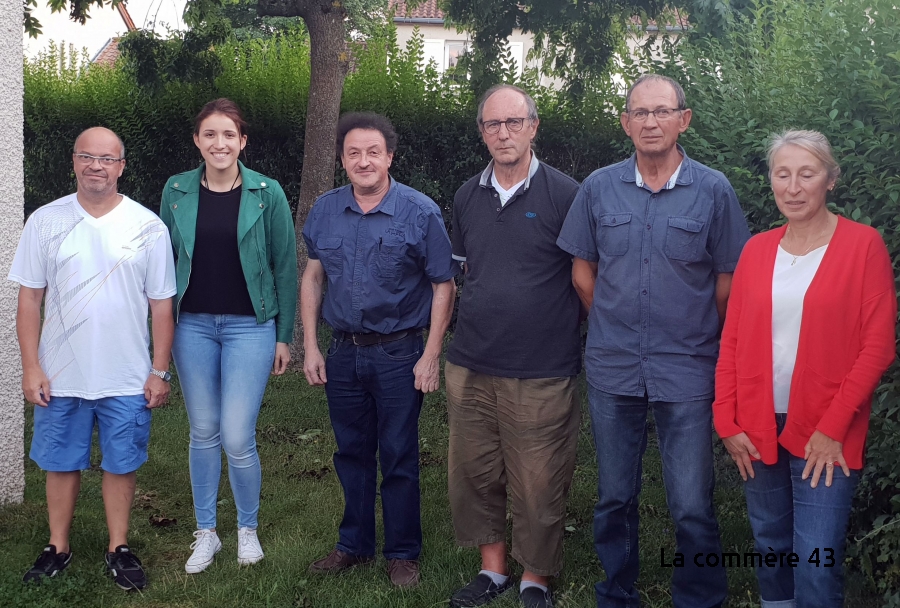 Friday, the Association of blood donors of Sainte-Sigolène-Les Villettes proceeded to the re-election of its office. Thus were elected: President: Gilbert Souchon Vice-president: Pierre Royer Secretary: Laura Villard Assistant Secretary: Sylvie Camus Treasurer: Eric Teyssier Deputy Treasurer: Jean-Pierre Guillaumond “We are still expecting many of you for the next upcoming blood drives”, recalled the president, […]

A new workspace for Montregard schoolchildren 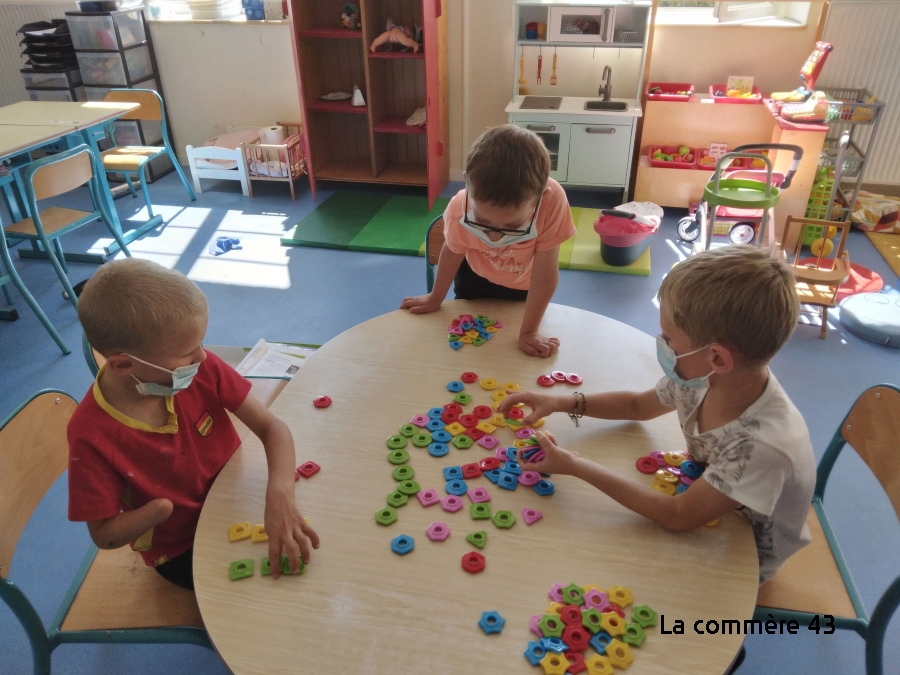 After four days of school, the Montregard students seem to have appropriated their workspace and are familiarizing themselves with flexible classroom arrangements. This pedagogical concept consists of arranging the classroom in such a way as to allow the pupils to choose the type of space in which they wish to carry out their learning. The […]

An exhibition on local history at the Saint-Jeures media library 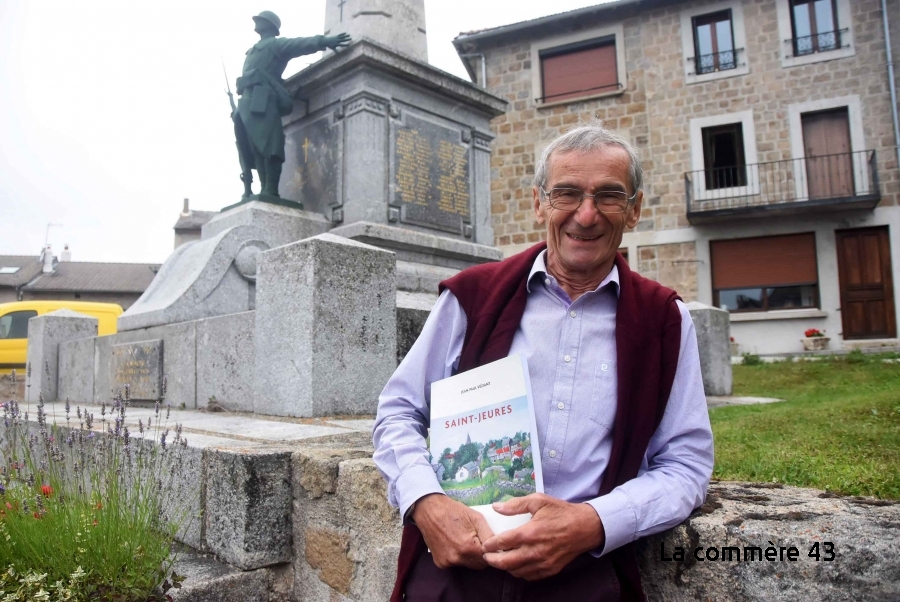 Following on from his publication of a monograph on Saint-Jeures, the land of his ancestors, Jean-Paul Véziant presents an exhibition at the Saint-Jeures media library. From September 3, at the intermunicipal media library located in “Freycenet”, this exhibition entitled “local history and archival documents” will shed light on the past of the town. Jean-Paul Véziant […]

Saint-Agrève: a family magic show on Friday on Place Verdun 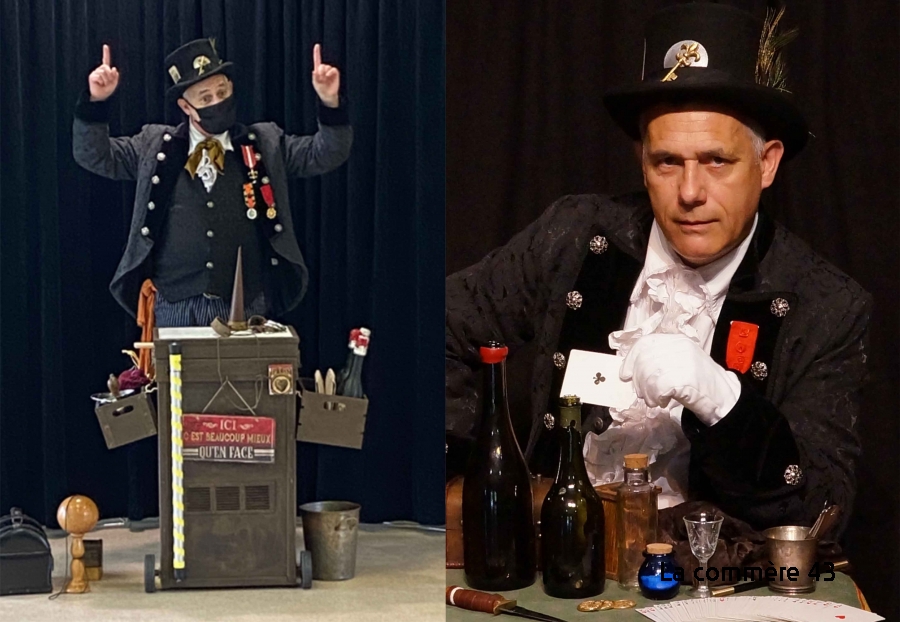 The sociocultural center of Saint-Agrève “L’Odyssée” offers a free family show on Friday August 6 at 6.30 pm on Place Verdun. “L’escamoteur” is not a celebrity for a day! This skilful huckster has been practicing his talents on hot, wet or powdery cobblestones for more than twenty years. This is his ordinary theater, between the […] 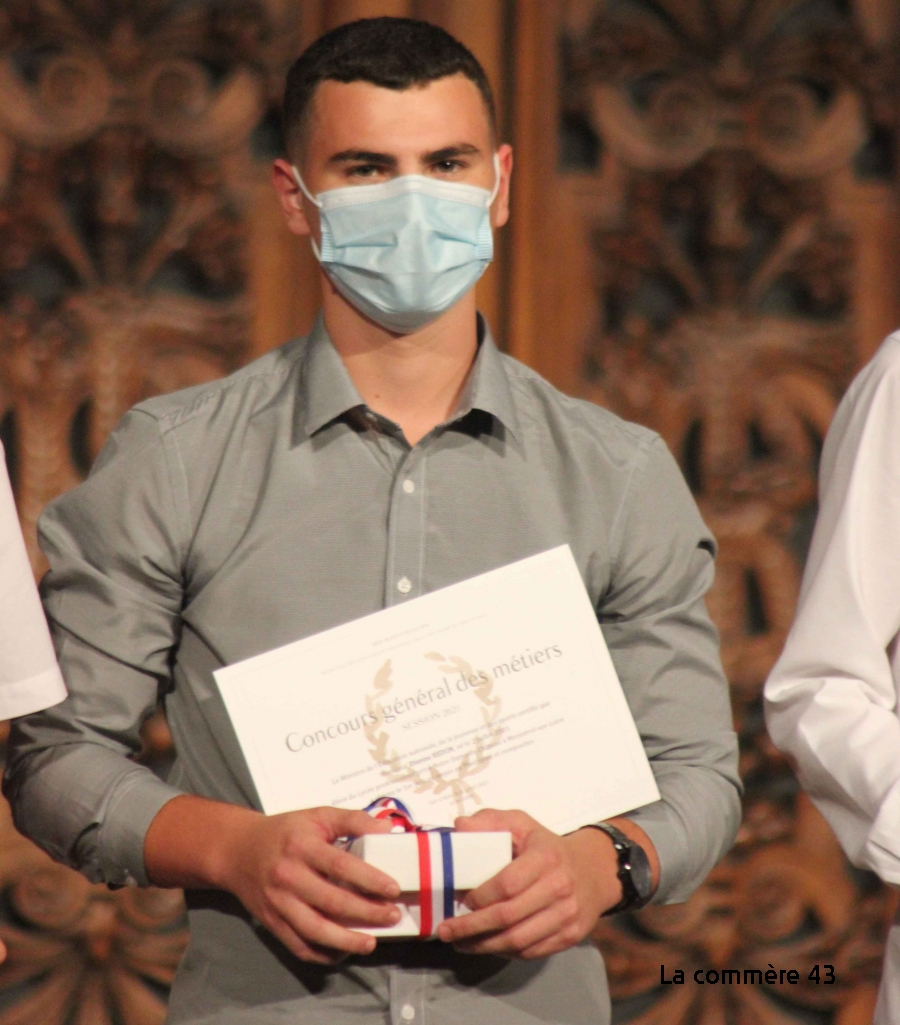 Etienne Redon, a student at the Notre-Dame-du-Château high school, won the first national prize at the General Trades Competition in the “Plastics and composites” category. Jean-Michel Blanquer again distinguished a young man from Haute-Loire. After the college students of Chambon-sur-Lignon, the Minister of National Education, awarded the diploma to Etienne Redon, student in professional bac […]

Yssingeaux: an exhibition to combat stereotypes in the hospital 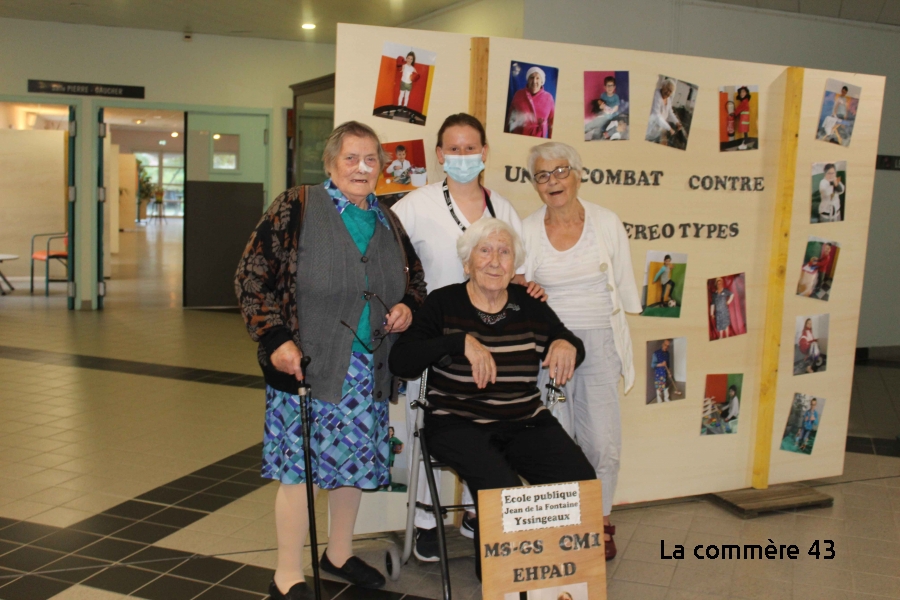 This summer, visitors to the Jacques-Barrot Hospital Center in Yssingeaux will be able to take time to look at the exhibition “A fight against the stereotypes Juniors and Seniors” which is located in the reception hall. This exhibition is the project of a partnership with the middle section, large section, CM1 classes of the public […] 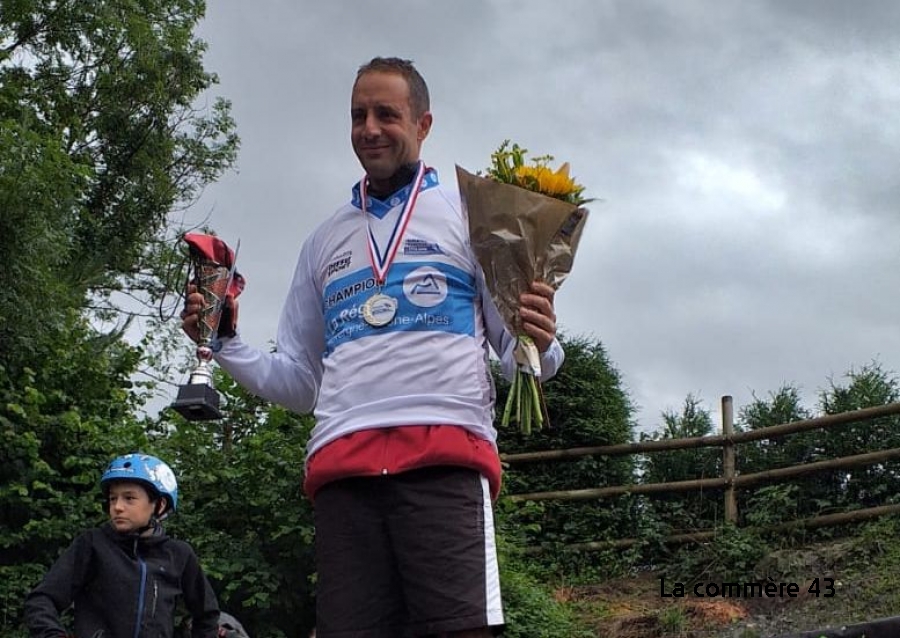 An excellent start to the season for the trials section of the Trial Enduro Club des Crampons de Saint-Maurice-de-Lignon. The Auvergne Rhône Alpes MTB trial 2021 cup has 5 rounds including the Championship (round where the Auvergne Rhône-Alpes champion title is played). The first two rounds, including the Championship, have just taken place, and the […] 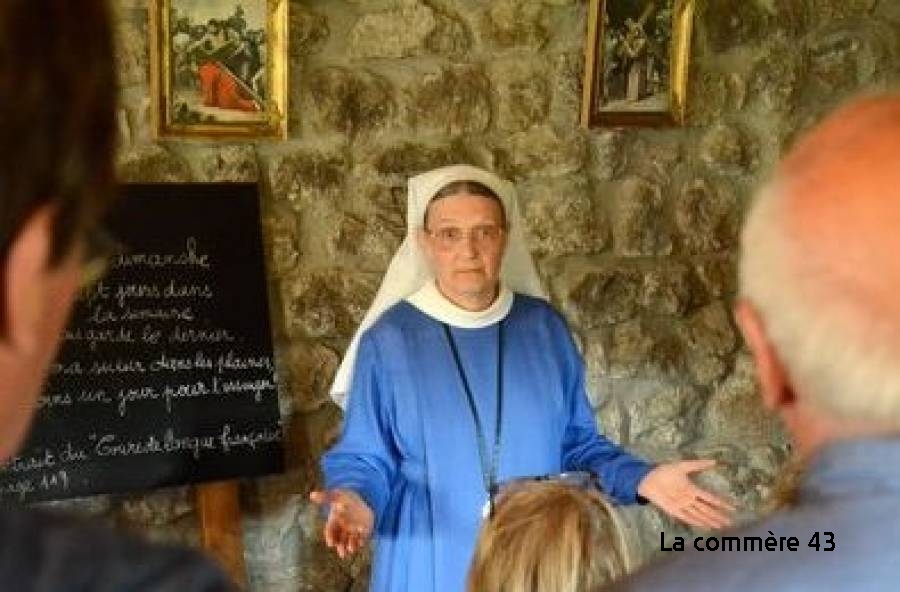 Sister Anne-Élisabeth, deaconess of Reuilly, continued her extensive inventory work on the beaties and houses of assembly, a surprising and very localized aspect of Catholic history. She is launching a call for subscriptions to publish a second volume devoted to her research on the district of Puy-en-Velay. The “Little Sisters of the Countryside” in Haute-Loire […]

A blood drive on June 28 in Sainte-Sigolène 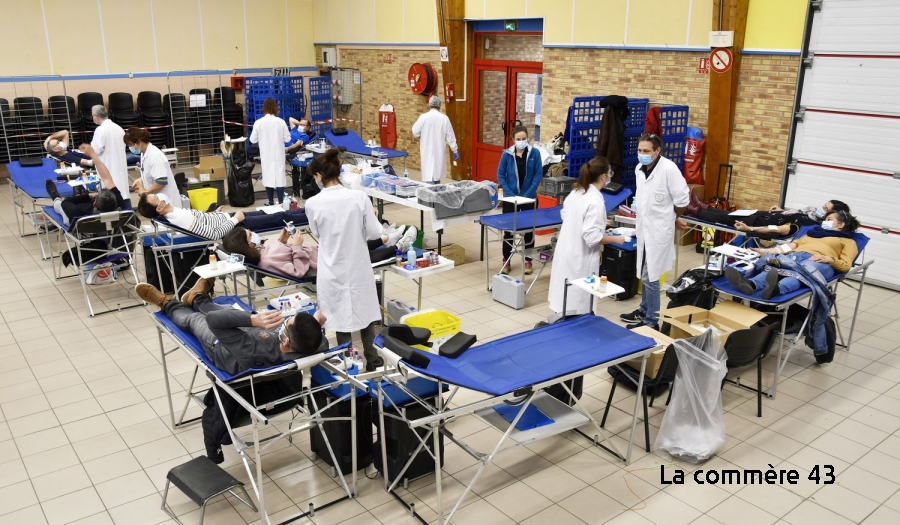 The association of blood donors is making an urgent appeal for a blood donation operation on Thursday, June 28 in Sainte-Sigolène. “The blood donation reserves have reached a critical threshold. An emergency situation which leads the EFS to remind that blood donation and vaccination are compatible. As an indication, 10,000 bags are needed every day […]