ABOUT CIBUBUR – Trading robot members are getting impatient with the difficulty of withdrawing their investment funds (withdraw/WD). There are those who have reported to the Criminal Investigation Unit of the Police, while others have taken action by raiding the trading robot office where they invest. This is what Net89 members, a trading robot managed […] ABOUT CIBUBUR – The case of alleged fraud and money laundering of Fahrenheit trading robot continues. Most recently, the general chairman of the Association of Indonesian Direct Selling Companies (AP2LI) was also dragged into the Criminal Investigation Department by Fahrenheit’s victims. Chairman of AP2LI Andrew Alister Susanto is suspected of participating in inviting the public […] 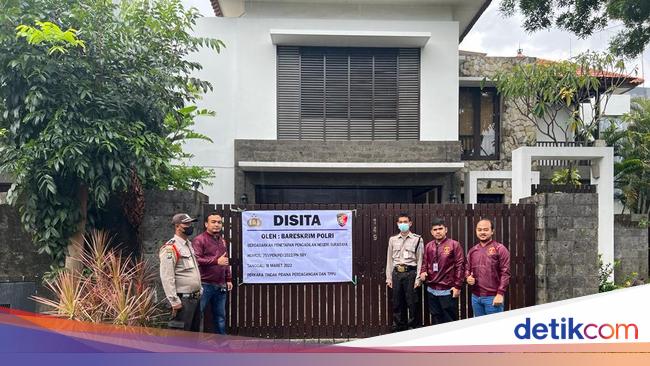 Jakarta – The Directorate of Special Crimes (Dittipideksus) of the Criminal Investigation Unit of the National Police confiscated two housing units belonging to the suspect in the robot mode fraud case. trading Viral Blast. The two houses are worth Rp 15 billion. “The assets of the suspects, who are high-ranking officials of PT Trust Global […] ABOUT CIBUBUR – The latest news that trading robot members need to listen to such as Fahrenheit, DNA Pro, Net89, Viral Blast, Auto Trade Gold (ATG) and others, One by one, the victims began to dare to open their voices to reveal fraudulent investment scams in trading robots. They reported to the police on suspicion […] AROUND CIBUBUR – The world of trading is experiencing an extraordinary uproar and panic, after the Government brought down the bogus/illegal trading robot companies. Recently, a hoax circulated saying that the Government prohibited withdrawals from customer accounts of trading robot companies after the company was closed/blocked by the Ministry of Trade, and claimed that it […]