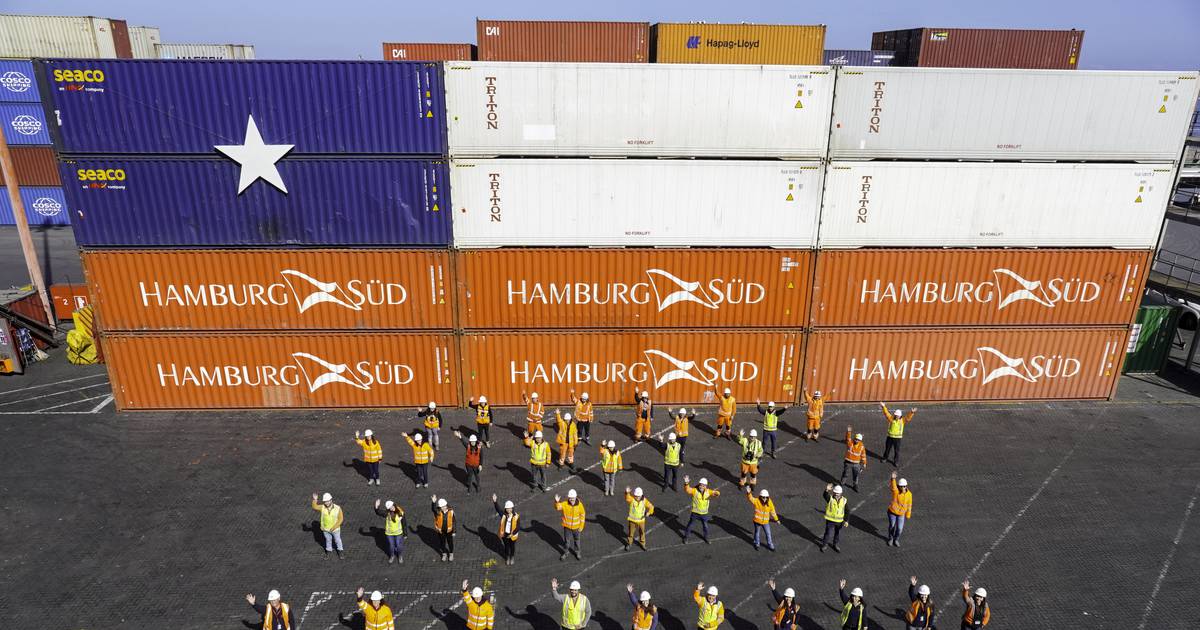 The San Antonio Terminal Internacional (STI) team prepared the National Holidays celebrations and as a way of honoring the country on these dates, for the second consecutive year, they formed a large flag with containers at one of the sites.

“This year we wanted to return with our container flag to send a special greeting to the entire port community of our country and to all who live in Chile, from the country’s main port terminal. It is our tribute to all our compatriots and especially to the port workers who day by day contribute to connecting our country with foreign trade”, said the general manager of STI, Rodrigo Galleguillos.

Workers from STI, Muelleje STI and Muelleje del Maipo and the executive team headed by their general manager participated in the greeting activity with the flag in the background. The flag was formed from 12 40-foot (12-meter) containers, is 12 meters high and 36 meters wide and can be seen from different parts of the city of San Antonio.