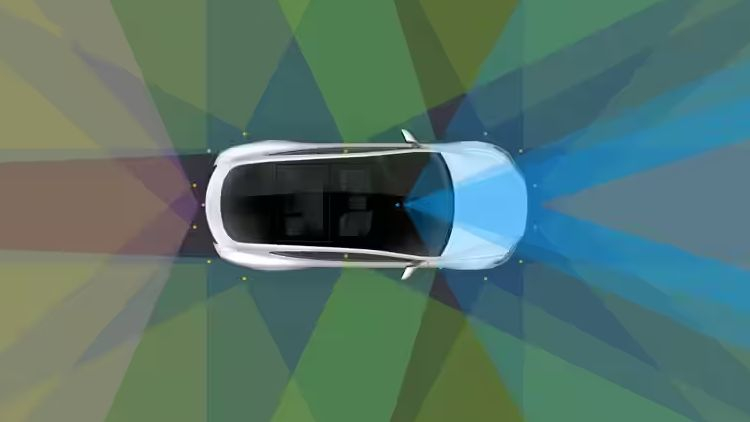 Last year, Tesla announced a major change to its Model 3 and Model Y electric vehicles—they are no longer equipped with radar, which can determine the distance to obstacles in conditions of limited visibility. The older Model S and Model X retained this type of sensor, but they will also lose short-range ultrasonic sensors next year. For Model 3 and Model Y, a corresponding simplification is planned for this year.

Tesla representatives announced the corresponding plans this week. As was the case with the removal of radars last year, this change is intended to bring branded active driver assistance systems closer in their work to the actions of a person who, when driving vehicles, is forced to rely primarily on visual information. In the case of Tesla, the “eyes” of the system will be on-board cameras, and the ultrasonic sensors distributed over the front and rear bumpers will no longer be installed on the Model Y and Model 3 during this year, in 2023 the more expensive Model S / X will suffer a similar fate.

This change will limit the functionality of new batch machines. Electric vehicles deprived of ultrasonic sensors will temporarily lose the ability to automatically maneuver in the parking lot and leave it to the owner standing within line of sight. In the future, these functions will be added, but technically they will no longer be based on signals from ultrasonic sensors. The economic benefit from simplifying the configuration of Tesla electric vehicles, according to experts, will not be very significant.

Recall that Elon Musk is an ardent opponent of the use of so-called lidars – optical sensors that allow you to determine the distance to objects even in conditions of limited visibility. Many automakers claiming to create full autopilot systems equip their cars with both cameras and lidars, not to mention radar and ultrasonic sensors. The latter have long been used in so-called parking sensors, which prevent collisions with obstacles when maneuvering in tight spaces. Whether Tesla can effectively replace this channel of information with a visual one will become clear over time. In the statistics of accidents involving Tesla electric vehicles, there are already several high-profile incidents in which cameras did not allow reliable recognition of an obstacle due to difficult visibility conditions. Rejecting another type of sensor will definitely add work to the creators of the Tesla software, but this decision must have been seriously influenced by the head of the company himself.

Read also  Infonavit Credit How can you access support? These are the steps to follow – El Financiero