Opening the doors, modern elegance welcomes the passengers of the M440i. The bone-colored leather with its green exterior and brown wood inserts is particularly exciting. You have a good sense of quality when boarding, but you also lack sportiness. The excellent material and assembly quality is reflected in the plastic of the door pockets.

As an M-specific model, there are sports seats at the front that can not only be adjusted deep enough, but in addition to the pull-out thigh support, the squeezing of the side supports can also be adjusted. Maybe it just came out during the tests, maybe they already knew in advance, but the M variants have extra knee braces on the side of the center console, which come in handy for quick corners. The handlebars can be pulled out for a long time, they are M-shaped, so they are very thick. Its diameter may already be an exaggeration.

Not only in its external dimensions, the BMW 4 Convertible has expanded with the generational change. Its wheelbase is 2851 mm, which is 41 mm more than before, and rear passengers are happy about that. I still fit normally behind the driver’s seat set for myself (178 cm), I don’t have to sit with my legs spread apart. Although the driver’s seat can be lowered deep, there is enough space left for the rear passenger’s foot to slide underneath. The headroom is worth a word, it can be used completely even with a height of 180 centimeters.

In the event of a rollover, the pre-tensioned aluminum bars behind the rear seat headrests pop out in a fraction of a second and protect the occupants together with the windscreen frame

Convenience solutions include the auto-extend seat belt holders for sports seats, the Air Collar that blows warmth to the neck in cool weather, the seat ventilation planned for warm weather (it wasn’t in the test car), or the motorized sliding of the front seats when retracting someone. It’s just a show element that the roof can also be opened from the remote control.

Read Also:  Trust in times of a pandemic - employees should be familiar with the company's plans

Like the material quality, the technique is okay in the 4 Convertible. Since we tried the top model, it’s no surprise that he also got the best of the displays available here. Dashboard 12.3, center screen 10.25 inches in diameter. Both give a detailed, needle-sharp image. The image of the dashboard can also be changed, only unfortunately this does not apply to the basic graphics, the two inverted dashes are always given. Depending on the thread, it can be blue, orange or red. In addition to traditional car data, in addition to tablet recognition and navigation data, it also draws nearby vehicles when lane keeping systems are active. It pours a lot of data on the driver.

If that’s not enough, there’s the head-up display, which displays data on a 70 percent larger surface than before. I tried it, but after a while I turned it off, the information is already visible on such a surface that it distracts. 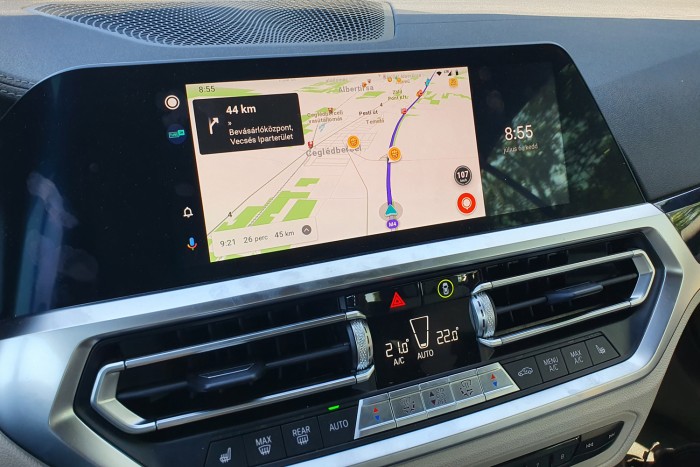 The on-board system can be operated via a 10.25-inch touch screen

On-board systems can still be operated with the iDrive dial, which of course you can write with your finger on, but the center screen is also touch-sensitive, or you can use the steering wheel buttons and there are voice instructions. The menu is fast, intuitive, handles Android Car and Apple CarPlay wirelessly.

By default, there are six speakers, 10 for the Convertible at an additional cost, and there is also the Harman / Kardon sound system in the test car: with 12 speakers and a digital seven-channel amplifier. It sounds lavish, full of deep, clear highs. 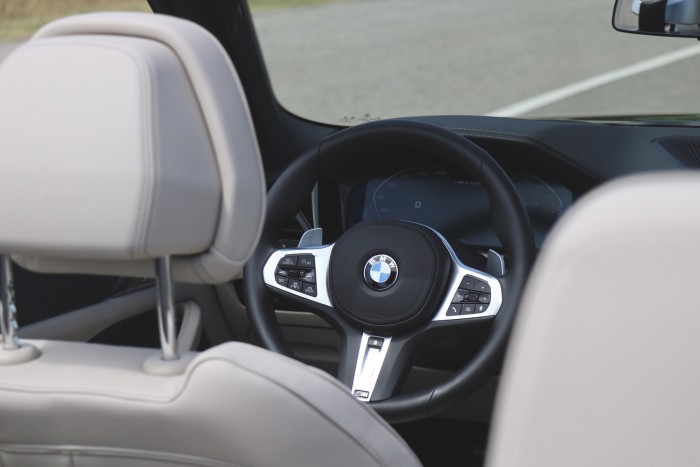 You have to get used to the chunky M steering wheel, there is little feedback

an employee injured in the hand at the...

The corporate takeover fever started in the epidemic...

New outsourcing law. How to maintain the health...