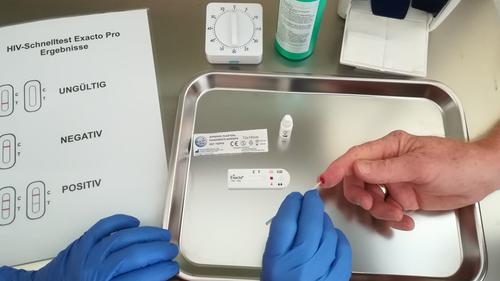 All health authorities in the state as well as the Aids-Hilfe Saar take part in the Saarland test week. If you want to accept the advice or test offer, you do not need a health insurance card or ID card. If you want to book an appointment by phone, you do not have to give your name. Absolute confidentiality is the top priority.

Free tests possible all year round

Although the health authorities of the districts and the regional association as well as the two AIDS advice centers in Saarbrücken offer free and anonymous tests and talks all year round, the facilities have extended their opening hours for the current test week. On Thursday, for example, almost everywhere is open until 6 p.m.

HIV not curable but treatable

The Aids-Hilfe Saar appeals in particular to people who have sex with men to be tested for sexually transmitted diseases beyond HIV. Because anyone who carries syphilis or hepatitis viruses is also more susceptible to HIV infection, said Frank Kreutzer, Managing Director of the Saar Aids Help Center in his appeal.

Although an HIV infection cannot be cured, it can be treated well with the right medication, emphasizes Saarbrücken regional director Peter Gillo. It is all the more important to detect an infection at an early stage.

Information on the test week and the opening times of the test centers have been compiled on the Ministry of Health’s website.

The SR3-Rundschau also reported on this topic on September 26th, 2022.