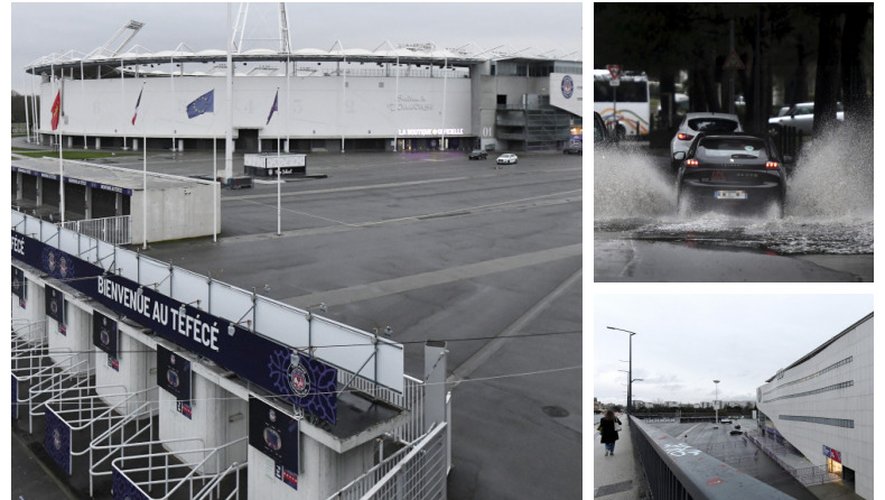 the essential
Scheduled for this Monday evening, the match of the twentieth day of L2 between Toulouse and Nancy has been postponed. The swelling river endangered the safety of spectators, the meeting will be played at a later date.

When it’s not the Covid, it’s the weather. While Toulouse and Nancy, who had been relatively spared by the virus (respectively one and three positive cases), were to find themselves yesterday at the end of a 20e day already cut off from three posters, the Garonne has decided otherwise. “The Mayor of Toulouse, on the recommendation of the Toulouse Civil Security and Major Risks Department, decided to postpone the match to a later date” TFC wrote in a statement, released just over four hours before kick-off at 8:45 p.m. This is the precautionary principle.

It was the access to the Island that posed the problem

Jonnhy Dunal, municipal councilor in charge of civil security at the Toulouse town hall, explains to La Dépêche: “From 3m60, road access [sur l’île du Ramier, ndlr] are flooded. However, a first peak at the height of 3m80 is expected this Monday (yesterday) around 11 pm, the time of exit from the Stadium “, where 5,000 spectators were expected (sanitary gauge, counters closed). The meeting was therefore postponed. For safety reasons (no more passable traffic lanes), while the Barrière casino, also located on Ramier Island, had to close its doors at 8 pm And the adjoining university campus, Daniel-Faucher, be evacuated.

At the beginning of the evening, the Professional Football League took note of the decision of the town hall of Toulouse, specifying that the match would be “postponed to a later date to be determined by the Competitions Commission of the LFP”.

When ? This is the next question.

At the club, we have been confirmed that it will not be today (Tuesday) as provided for in the Regulations of the French championships 2021-2022: “When the match is postponed […] due to bad weather, it is played the next day at a time freely agreed by the two clubs in the presence of the referee and the main delegate. “It is article 548 which also stipulates – and above all – a clarification of importance: “Excluding extreme conditions.”

And, with the whims of the sky, we are naturally right in it. The flood forecasting service did not envisage, last Monday evening, any improvement for this Tuesday morning despite the return of the strong sun today at the beginning of the afternoon. Quite the contrary: rather a last peak of Dame Garonne (about 4m at the Pont-Neuf), resulting from the different inflows of water – by definition in offset; hence the orange flood vigilance maintained “at least” until the morning.

So, in this specific context, what does the LFP provide next? Confer art. 528.

“As a general rule, it will fix the (return) matches postponed to the earliest available date and, in any event, before the last two league days.” Which would mean Wednesday. But, according to our information, the match will not be played on Wednesday either. Nor this week for that matter, the two teams being engaged in L2 on Saturday evening (7 p.m.): TFC still at home against Pau, ASNL in Marcel-Picot in front of SC Bastia. It will also be recalled that two consecutive meetings must be separated by “two clear days” (ie 48 hours chrono, art. 526).

And the Lorraine delegation in all of this? She took off yesterday from Blagnac at 8:30 p.m. to return to her homes in the East.

As a result, this famous TFC-Nancy which has already caused a lot of ink to flow, if we dare, should compete next week, “the first niche in sight”.

Either Tuesday 18. Or Wednesday 19, where yesterday in the League we were told that Amiens-Ajaccio is already reprogrammed. It remains for the Competitions Commission to decide, in the next few days, without forgetting the voice that the broadcaster beIN SPORTS will certainly have.