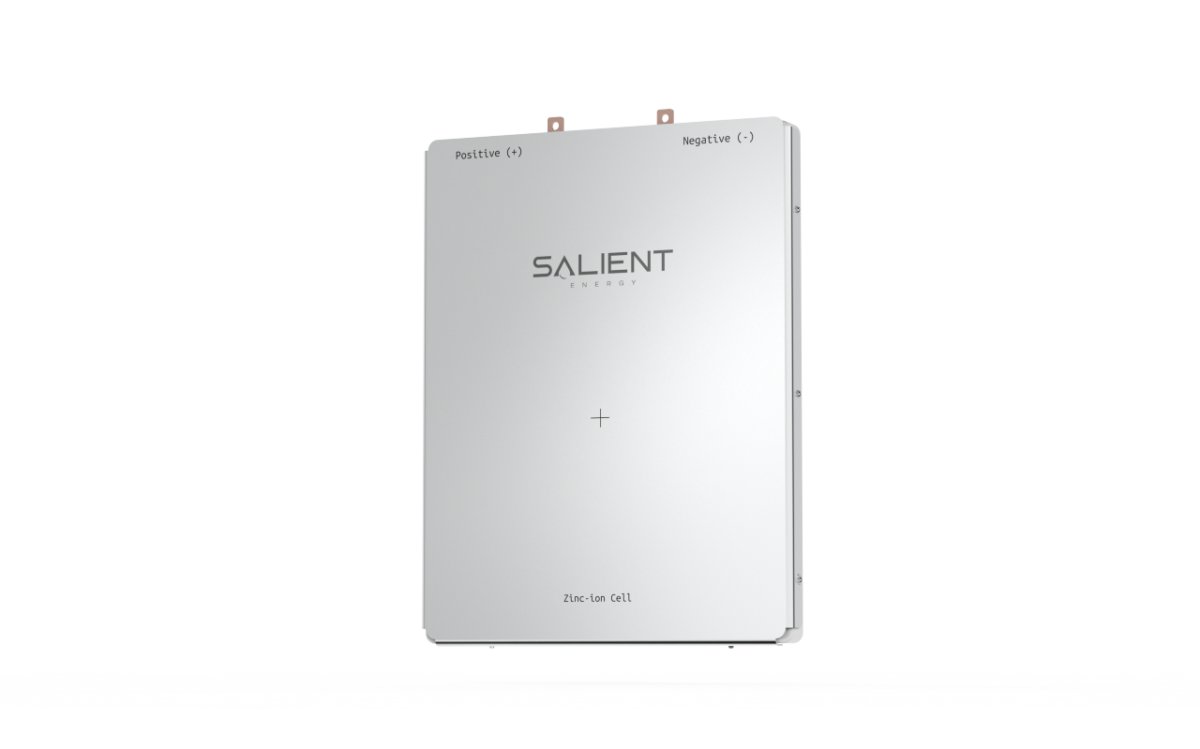 U.S. housing company Horton World Solutions (HWS) plans to build 200,000 homes in North America that would be equipped with zinc batteries manufactured by Salient Energy under a cooperation agreement between the two companies.

The use of zinc in energy storage goes back a long time, as the first galvanic cell made by Alessandro Volta was also made of zinc (carbon-zinc batteries are still found in households today), but research on zinc ion batteries is only 200 years later. they gained momentum at the beginning.

Founded in 2016, Salient Energy of Canada has developed a zinc-manganese dioxide battery that, while lagging far behind lithium-ion batteries in energy density (below 100 Wh / kg), has several positive features that make it a viable alternative to stationary energy storage.

„Energy storage is a key part of reducing our carbon footprint, however, there are a number of problems with current lithium-ion systems. They present a fire hazard which we need to eliminate, which further increases the time and complexity of the permitting process. In addition shipping is often delayed due to lack of stock, which makes planning with them risky. The Salient battery can solve both problems, therefore, there was no question of choice.”

Even if it competes with lithium-ion batteries not only in energy density but in performance, it is safer – the water-based, neutral pH-based zinc sulfide electrolyte is non-flammable – and its raw materials (zinc, manganese, sulfur) are abundantly available all over the world. therefore there are no serious risks to the supply chain. Zinc is a hundred times more common than lithium, cheap and easy to recycle.

Another positive is that the manufacturing process for zinc batteries is very similar to that for lithium batteries, and the product itself, the home energy storage, is indistinguishable from it, although if it were weighed, its greater weight would reveal it.

Salient’s Halifax plant is currently in trial production. Due to the lower volume, a zinc battery is still much more expensive today than lithium batteries on the market, but the Canadian company plans to By 2024, they will have reached a production capacity of 100 MWh, and by the second half of the decade they will have been able to scale up production enough to gain a 30-50% price advantage due to economies of scale and cheaper raw materials. Thanks to the agreement with HSW, we now have the order backlog needed to expand the capacity, so raising capital is only a matter of time.

“If we look at the fact that Tesla said on battery day that most of the cost reduction was achieved in terms of manufacturing and economies of scale, raw materials make up the biggest slice of the cost and it hasn’t dropped”Said Ryan Brown, the company’s CEO. “So a battery with a much lower material cost offers an exciting new opportunity to cut prices further.”

Of course, in-house production isn’t the only way to boost production, Salient is also ready to license its technology to capital-intensive large companies.

And not even theirs is the only zinc battery on the market.

Another Canadian company e-Zinc has developed a low-cost zinc-metal battery that can last 24 to 48 hours. The first 40 kW test specimen is already running in conjunction with a California solar system, but a capital increase will be needed to move forward. This process has already begun, and in April this year they managed to raise $ 25 million in capital, one of their investors being Toyota.

A San Diego Supercomputer Center in California has replaced its lead-acid batteries with zinc-manganese batteries in its 1 MWh energy storage facility in recent months.

So the rise in the price of lithium also has its advantages, as it creates a demand for alternatives that can finally access vital capital investment. The periodic table still offers countless options for energy storage solutions.

„We need to transform the grid worldwide to be compatible with renewable energy sources”Says Ryan Brown. “And we need to double or triple the size of the world’s grid to allow electric vehicles and [zöld] use of hydrogen. Think of just the amount of batteries you need – it won’t be possible with lithium-ion. [Elemzők] lithium deficiency is already expected in the middle of the decade.

And when I say the world is going to suffer from a lithium shortage, I mean that all lithium batteries will get in cars. Because that’s where it makes sense, that’s where the little weight is needed. Wherever it’s not a car, we can use a heavier battery like zinc, which is cheaper, safer and has a longer lifespan.”