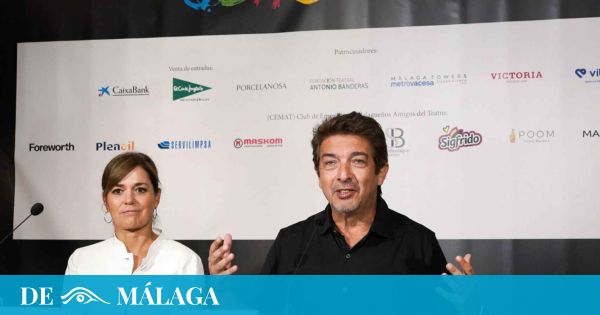 That a mobile phone sounds at the right moment when an actor performs a role of theater is probably one of the biggest disrespects you can have for your profession. The discomfort it generates is such that some even express it patently.

And this is just what happened on Wednesday night at the Soho CaixaBank Theater of Malaga with the actor Ricardo Darin. The Argentine interpreter, according to some of the attendees at the premiere session of the play Escenas de la Vida Conjugal, came to interrupt the function annoyed by the incessant ringing of the mobile phones of several spectators.

This is how Paco Casado relates it on his Twitter account. “During the 100 minutes that the work lasts seven cell phone calls rang, seven. There was a moment when Ricardo Darín, visibly angry, left a monologue in the middle and left, “he explains.

Last night, during the premiere of ‘Escenes de la vida conjugal’ at the @TeatroDelSoho During the 100 minutes that the work lasted, seven mobile calls rang out, seven. There was a moment when Ricardo Darín, visibly angry, left a monologue in the middle and left.

From what it seems, Darín was not the only victim, since Andrea Pietra, his partner in the play, “had to take several breaks, waiting for a phone to stop ringing.” “At the end of the work, Darín, after giving thanks, apologized and said that there was still ‘a lot to learn’ and he was right,” adds this viewer.

Faced with these messages critical of what happened, the Teatro Soho CaixaBank responded on the same social network. He did it regretting what happened and asking Excuse me for bothering you and interruptions. “We will try to ensure that it does not happen again,” she added.

From Teatro Soho CaixaBank they have explained to EL ESPAÑOL de Málaga that before the start of the performances a recorded message by Antonio Banderas asking the public to silence phones and refrain from taking photographs. Given the little success that the Malaga actor’s request had yesterday, in the next sessions, they have indicated, there will be greater attention on the part of the staff in the reminder to the spectators.