The anti-pass convoys swelled the demonstrations but without blocking Paris 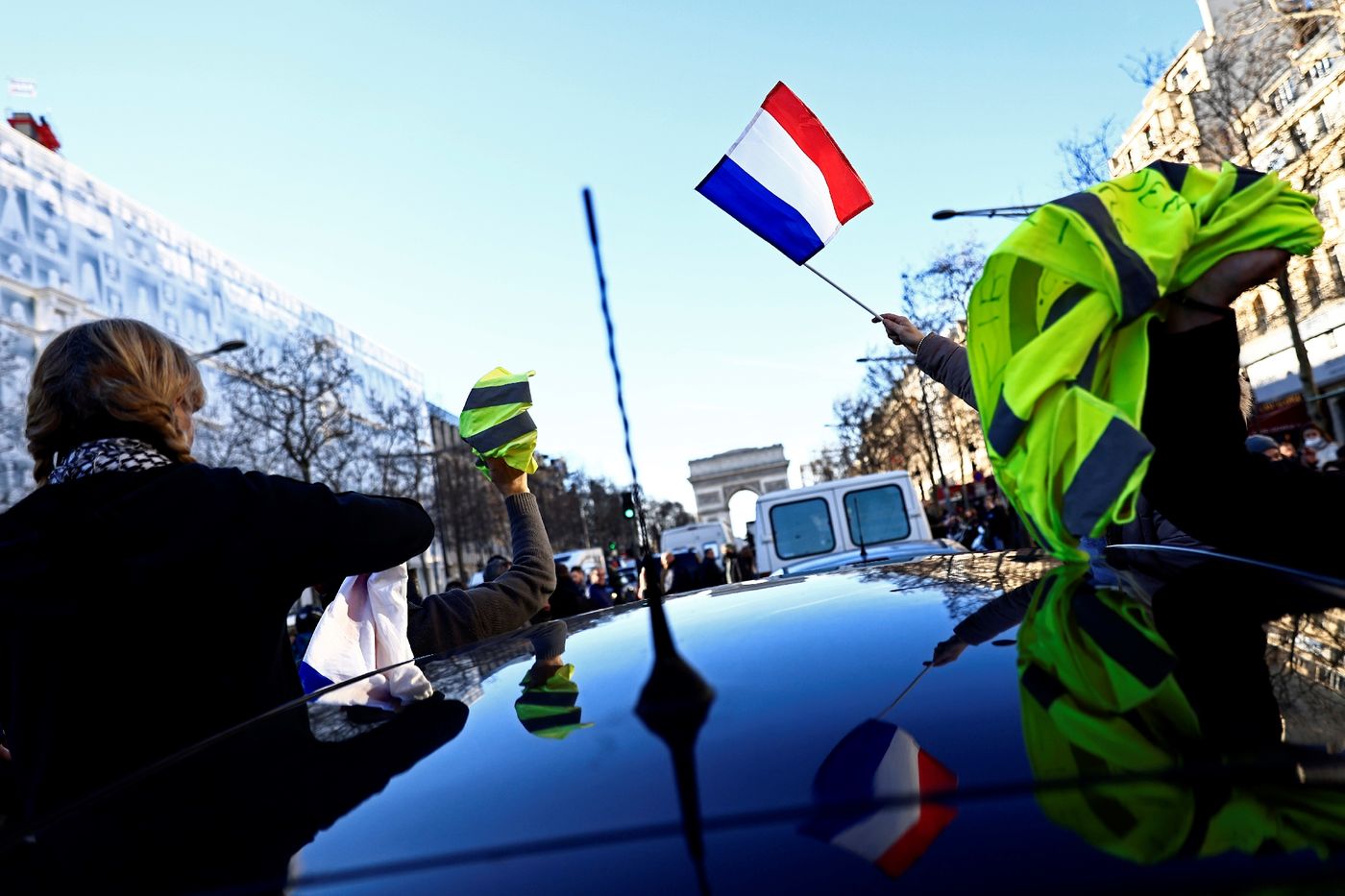 Some went to the Champs-Elysées to disrupt traffic, others marched in the authorized demonstrations, but the participants in the anti-pass convoys, which left from all over France, did not block Paris as they wanted.

Around midnight, the police were still trying to disperse a few dozen irreducible demonstrators near the Champs-Elysées, after having managed to push them back into adjacent streets.

Earlier in the early afternoon, more than a hundred vehicles had joined this famous avenue in the capital, motorists, some now on foot, waving flags or chanting “freedom”, while their demonstration had not not been allowed.

The situation then became tense: the Place de l’Arc de Triomphe then the avenue were gradually evacuated by the police using tear gas.

Interior Minister Gérald Darmanin said in a tweet on Saturday evening that 337 people had been fined and 54 arrested by the police in Paris.

Among them, an emblematic figure of “yellow vests” Jérôme Rodrigues, as the organizer of a demonstration banned by the Paris police chief, according to a police source.

A heterogeneous gathering of opponents of President Emmanuel Macron, the vaccine pass and “yellow vests”, those who call themselves “freedom convoys” have been formed on the model of the mobilization which is currently paralyzing the Canadian capital Ottawa.

Jérôme Rodrigues, one of the figures of the “yellow vests” movement, films the demonstration which takes place in Place d’Italie in Paris, February 12, 2022 / AFP

Read also  It is easy! Here are the steps to register with the Ministry of Health and wait for the vaccine (+ COVID-19)

“There was something extraordinary on the road (…) People waved at us, we even saw a mayor with his scarf waving at us. An atmosphere of madness!”, Testified with AFP Jean-Pierre Outrequin, 65-year-old Perpignan, finally arrived on the Champs-Elysées.

Other participants in these anti-pass convoys, claiming to defend “freedom” but also purchasing power, also joined the traditional demonstrations to protest against the vaccine pass authorized on Saturday in Paris.

At midday, a few hundred people marched from Place d’Italie to Nation, for a demonstration of “yellow vests”.

Demonstrators and onlookers amid a cloud of tear gas on the Champs Elysées in Paris, February 12, 2022 / AFP

In the procession, an Occitan flag in the hands in the middle of some French flags, Jean-Paul Lavigne, 65, who came from Albi in one of these convoys on Thursday explained that he wanted to demonstrate against the increase in fuel, electricity, food, but also against vaccines, “a lie from our government”.

“All with the convoys”, we heard over a megaphone in another rally, that organized by the movement Les Patriotes de Florian Philippot, place du Palais Royal.

Aurélie M., 42, executive assistant in the Paris region, unvaccinated, is sorry to “no longer be able to take the TGV (…) but to be able to take line 13 of the metro, crowded”. “There are a lot of unfair inconsistencies,” she denounces, without wanting to give her name.

If the police had counted Friday evening 3,000 vehicles for 5,000 demonstrators in these convoys en route to Paris, all the convoys did not ultimately reach the capital.

A vehicle from the convoy of opponents of the vaccine pass on the Champs Elysees in Paris, February 12, 2022 / AFP

A convoy of 300 vehicles was stopped on the A4 motorway, coming from eastern Paris, and the police fined vehicles according to the police headquarters, as they had done earlier in the day to another convoy at the Porte de Saint-Cloud.

Another convoy that did not reach Paris, around 400 vehicles were parked at midday in the forest of Fontainebleau, according to a police source. A thousand opponents of the vaccination pass picnicked there in a good-natured atmosphere.

The authorized mobilizations against health measures brought together 32,100 demonstrators on Saturday in France, including nearly 7,600 in Paris, according to figures from the Ministry of the Interior. Figures that do not include the operation, prohibited, self-proclaimed “freedom convoys”.

Police deployment on the Champs Elysées to prevent blockages of the anti-pass convoy in Paris, February 12, 2022 / AFP

The ban on gathering convoys, upheld Friday evening by the Paris administrative court which rejected two appeals, was confirmed on Saturday evening by the Council of State, according to the police headquarters.

“The right to demonstrate and to have an opinion are a constitutionally guaranteed right in our Republic and in our democracy. The right to block others or to prevent coming and going is not,” said Jean Castex. .

Two months before the presidential election, the government says it plans to lift the vaccination pass by the end of March or the beginning of April and intends to abolish the obligation to wear a mask as of February 28 in places where the pass is required.

Opponents of the vaccine pass greet a convoy of vehicles in Chartres, Eure-et-Loire, February 12, 2022 / AFP

Saturday evening, the ministry assured to remain “focused and mobilized because the weekend is not over”.

Some 7,500 members of the police have been mobilized by the Paris police headquarters from Friday to Monday, the anti-pass convoys having planned to reach Brussels on Monday.