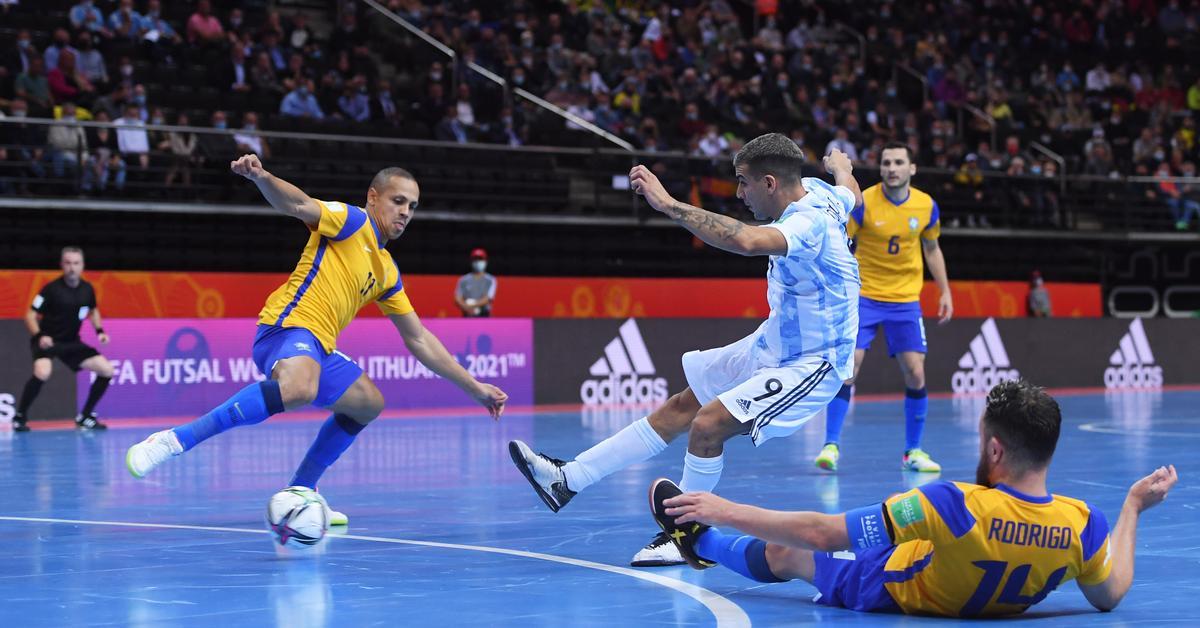 The Argentine futsal team defeated Brazil for the first time in a World Cup on Wednesday, winner of five of the nine editions, 2-1 in the semifinal, and on Sunday will seek to revalidate the title against Portugal or Kazakhstan.

The triumph of the Argentine Futsal team against Brazil and the passage to the World Cup final, in pictures

With goals from Constantino Vaporaki and Cristian Borruto and with goalkeeper Nicolás Sarmiento as a figure, the national team will revalidate the title won five years ago in Colombia against Portugal or Kazakhstan (they play this Thursday) next Sunday at 2 p.m. in the city of Kaunas.

Brazil, the maximum power of the discipline, discounted through Ferrao, the tournament’s top scorer, but for the second consecutive World Cup they were left without the possibility of reaching the hexacampeonato since they could not overcome the iron defense “Albiceleste”.

The team led by Matías Lucuix made the difference in the first half with the goals of the Fuegian “Kiki” Vaporaki and “Titi” Borruto and was able to sustain it with a great defense commanded by goalkeeper Sarmiento.

This was Argentina’s first triumph in the classic against Brazil in the framework of a World Cup after six matches and the second in a row of importance since in February of last year they won the final of the South American Qualifiers at their own home.

With information from agencies and Twitter from @SeleccionArgentina and @DeporTV.