Alone two million tourists foreigners visited Spain in the month of March, 64.3% less than the 5.6 million who arrived in our country in the same month last year. The state of alarm was decreed on March 14, which meant that thousands of international tourists stopped coming to Spain, according to data from the Frontur survey published this Wednesday by the INE.

And that fewer tourists arrive is directly reflected in tourism revenues. Foreign visitors they spent 2.2 million euros in Spain during the month of March, which means 63.3% less than in the same month of 2019. These are data affected by the health crisis, which erupted in Spain in mid-March, so the INE recognizes that Only tourists who came to our country by road and train until March 16 and by airports and ports until March 21 have been counted.

The closure of borders was the impulse that led millions of tourists to leave our country due to the health alert and thousands of others to cancel their already scheduled trips. The month of March, therefore, is the beginning of a crisis in the tourism sector that does not yet know when it will end and in which the Employer Exceltur calculates losses of up to 120,000 million this year.

The drop in income was more evident in the month of March, when the tourists who arrived spent a total of 2,215 million euros, 63.3% less than in the same month of 2019, when spending was more than 6,000 million as 64.3% more people visited Spain. 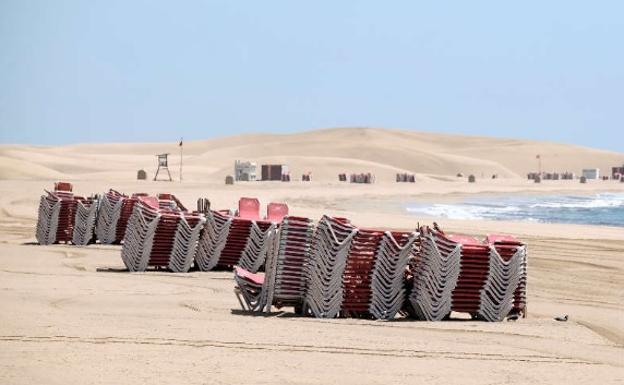 And it is that the three main emitting countries suffered from March also the consequences of the coronavirus crisis, which led them to close borders and cancel travel. The case of Italy stands out, which was the first European country to feel the worst consequences of the pandemic, so the number of tourists fell to just 69,900 people in March, 78% less than in 2019.

Follows Catalonia, which brought together 20% of total tourists but whose figures plummeted 68% in the third month of the year compared to 2019, a trend that began to complicate in February after the cancellation of the Mobile World Cogress in Barcelona (MWC ).

The third community with the highest number of tourists in March was Andalusia, with 15% of the total, representing 302,000 visitors and a decrease of 64% compared to the same month of 2019.