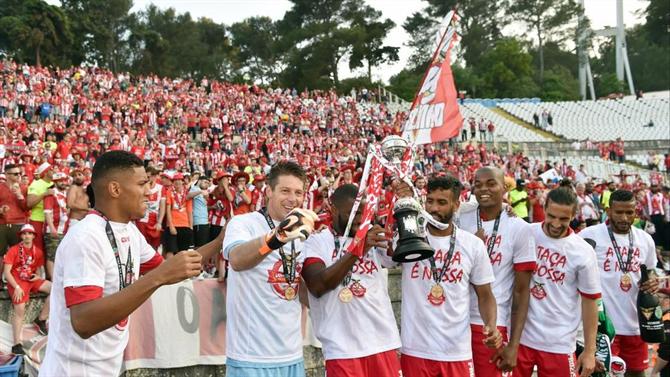 The City Council of Santo Tirso announced this Tuesday that it had acquired at auction, for 30 thousand euros, the Portuguese Cup trophy won by Aves in the 2017/2018 season, after winning the final over Sporting (2-1).

The trophy, it should be recalled, was up for auction following the insolvency of the club’s SAD, with a minimum value of 1,360 euros having been set at the time.

«We could not allow a trophy with such relevance to the history of sport in the municipality to be in the possession of a private person, perhaps someone with no connection to Vila das Aves or the club, so the Municipality of Santo Tirso insisted on preventing that happened», says Alberto Costa, president of the city council, through a statement, in which he also promises the permanence of the trophy at the club.