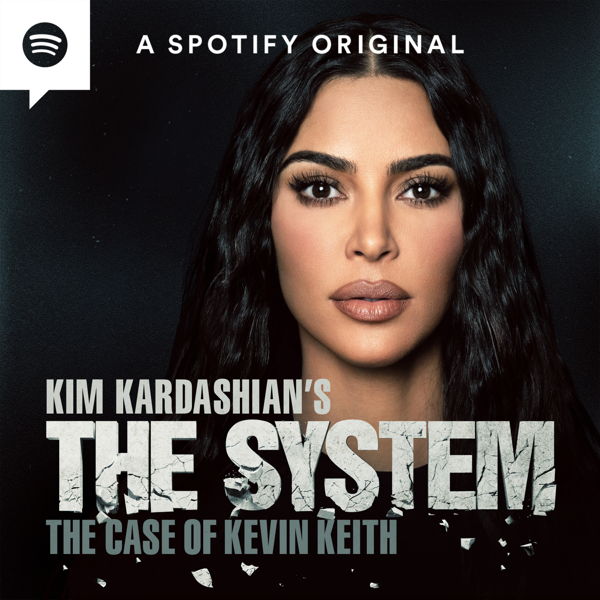 Spotify unveils the first two episodes of the Original podcast today The System: The Case of Kevin Keith, narrated by Kim Kardashian. This new audio series from Spotify Original features 8 episodes telling the story of Kevin Keith, a man convicted of a triple homicide who for nearly three decades has worked alongside his family to prove his innocence. Kim Kardashian and the true crime format producer, Lori Rothschild Ansaldi, surround themselves with investigators and experts to shed light on this case.

Arrested and charged with a triple homicide in 1994 in Ohio, Kevin Keith will end up being sentenced to life. However, no material evidence links him to the crime. Despite saying “innocent until proven guilty”, did Kevin Keith really stand a chance? This podcast immerses listeners in the hard work of Kim Kardashian and Lori Rothschild Ansaldi, to dig deeper into this case, raise questions and shine a light on the failings of the American legal system. Spotify listeners will be able to draw their own conclusions from this twisted, heartbreaking and sometimes unbelievable case…

The System has partnered with two organizations to bring criminal justice reform into the conversation around the podcast. Color Of Change, the largest online racial justice organization in the United States, which provided more information on wrongful convictions and other issues regarding the criminal justice system. Spotify also supports the ongoing work of Calling All Crows, an organization that connects and mobilizes music fans to join movements for justice and equality by raising awareness, taking action and working collectively for social change. Calling All Crows continues to invest in its Unlocked Voices campaign, amplifying the stories of those affected by mass incarceration across platforms.

A new episode is released every Monday. Each week, throughout the broadcast of the series, listeners will be able to find on the Resource Hub from Spotify episode transcripts as well as visual aids, such as copies of court documents and evidence used in the original trial.

Spotify forever transformed music listening when it was founded in 2008. Discover, manage and share over 80 million songs, including over 4 million podcasts, for free, or upgrade to Spotify Premium to access features exclusive music features, including improved sound quality and an on-demand, offline, ad-free music listening experience. Today, Spotify is the world’s most popular subscription audio streaming service with 433 million users, including 188 million subscribers, in 183 markets.

Editor’s note
​In addition to the first two episodes of The System now available for exclusive listening on Spotify, episodes three and four are also available on the Review Vault from Spotify where they can be listened to under embargo. If you are not yet registered, do not hesitate to register. We will then ensure that your registration is approved as soon as possible.