Home » The challenge of Italy and the EU, energy almost exclusively from renewables. “Impact on the landscape? Many solutions and technologies to limit it”
Business

The challenge of Italy and the EU, energy almost exclusively from renewables. “Impact on the landscape? Many solutions and technologies to limit it”

The countries of the G7 they should collectively invest approx 1,000 billion dollars ($ 820 billion) every year over the next decade, to ensure their economies fully recover from the pandemic e to make the ecological transition. The figure is contained in a report just prepared by London School of Economics at the request of the British Prime Minister Boris Johnson. Big economies, the study continues, should double climate finance to reach and exceed the goal of 100 billion of dollars a year which is fundamental to the success of Cop26 in Glasgow. Goldman Sachs has estimated a global financial commitment of 3 trillion a year for at least a decade. The order of magnitude is this. The financial commitment naturally varies from country to country, Italy is in a rather advanced state of decarbonisation than many other countries. In May 2020, for the first time and in the context of a slowdown in consumption due to the pandemic, generation from renewables has surpassed that from fossil sources. But these estimates bring back to their correct perspective what, at first glance, appear to be large sums, allocated by the Recovery fund and allocated in the various national recovery plans.

Only Italy dedicates to the various items of the energy transition more than eighty billion euros. They seem a lot but they are not. If we insist on the “green” chapter, they are the starter of other investments that will have to arrive. The Italian Recovery plan draws on plans that had already been agreed with Brussels by the Conte one and Conte two governments, by retouching some objectives upwards. Italy’s goal, in line with that of other European countries, is to significantly increase the weight of renewables by 2030 and eliminate CO2 emissions by 2050.

Climate Summit, Biden: “We must act, this is the decisive decade”. Draghi: “EU reaches climate neutrality by 2050”

Today our country has an installed capacity of 120 Gigawatt. Of these 32 Gw come from wind and photovoltaics, 65 Gw from thermal (therefore oil, gas and coal) and another 23 Gw from hydroelectric power plants. Draghi’s stated goal is to add other 60/70 Gw from renewables. This replacement should mostly take place through photovoltaic systems with an additional power of 50Gw, the rest from wind. Davide Tabarelli, president of Nomisma Energia, did some simulations of what this means in terms of environmental impact of the new plants. Premise: 1 Gigawatt equivale a 1000 Megawatt. Tabarelli then explains how a megawatt of photovoltaics requires 1.6 hectares of land (more or less two football fields). 50 Gw is equivalent to 50 thousand megawatts and therefore to a use of 82 thousand hectares. Wind farms require more space: 6.6 hectares per megawatt. To reach 20,000 megawatts, therefore, 131,000 hectares are needed. In all we therefore speak of 214 thousand hectares that is less than 0.7% of the Italian surface.

“That of using additional spaces, honestly, it is not a big deal“, Says Tabarelli, however, who adds:” In theory it is 2% of arable land and about 0.7% of the Italian territory but some considerations must be made “. “First of all”, continues the expert, “modernize existing plants would allow to increase its capacity by 50%, without taking up any more space. There are also very many abandoned areas, completely abandoned, which can be used for solar panels, in addition of course to the roofs of factories and buildings “. The president of Nomisma Energia also remembers how today the costs of these technologies are significantly lower compared to the past, photovoltaic systems cost about a tenth compared to the first installations. 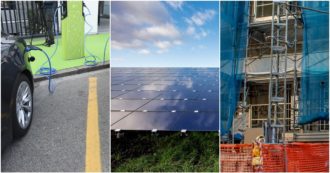 Recovery plan, from funds for energy communities to (unclear) objectives on renewables: what is really there for the ecological transition. The doubts of environmentalists

Instead, there are two more concrete problems. The first is that ofintermittently. Both wind and solar are sources subject to peaks and drops in production. A condition that can be, at least in part, alleviate through energy networks latest generation that allow you to better manage excesses and deficits of production occurring at different points. What blows on Italy is also a rather erratic and capricious wind. The limit to wind farms is this, not land consumption. We would therefore need gods wind farms at sea, where conditions are best. As Tabarelli recalls, in North Sea there are blades that are larger than the Eiffel Tower. The future is that, assuming that Italy accepts to take this path which would allow, among other things, to “free up” land.

“Today there is the possibility of building wind farms up to 65 kilometers from the coast, therefore with very modest environmental impacts ”, he explains Gianni Silvestrini, scientific director of the Kyoto Club and head of the master on renewable energy at the Politecnico di Milano. “It is crucial to understand that the energy transition represents one great development opportunity and relaunch of our industry. What is an unavoidable revolution must be faced with this spirit, not on the defensive “, explains the expert. Technologies in this sector they evolve at an astonishing speed, the costs have come down and between the various countries they are ongoing raise to place yourself on the most advanced frontier of this change. Italy must not be left behind, it must not miss the opportunity. “There will be impacts on the landscape but let’s not forget that there are many spaces, such as quarries or landfills in addition to the roofs of the buildings. The Pnrr also allocates resources for the development of agro-photovoltaics, ie solar panel systems above crops in agricultural fields. Solutions that would not have a particularly negative impact on the landscape. Many of the most important environmental organizations, they consider this aspect manageable when compared to the benefits in terms of reducing pollution in the context of a struggle for the salvation of the planet ”. 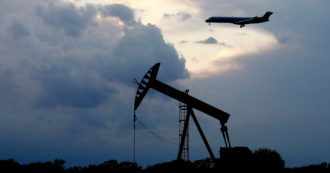 Oil, the post-Covid “green turning point” is backwards: consumption over 1 00 million barrels per day in 2023 and growth until at least 2026

A positive sign came today from the latest report from the International Energy Agency according to which, in 2020, despite the difficulties caused by the pandemic, almost 280 gigawatt of new renewable energy sources, with an increase of over 45% compared to 2019. It is the largest annual increase in the past two decades. However, the same Agency had warned in its latest report that oil consumption is destined to increase in the coming years (mainly due to the dynamics of Asian countries), exceeding 100 million barrels per day already in 2023. Yesterday the White House announced the final approval of the first offshore wind farm on a commercial scale, an important step towards the president’s goal Joe Biden to increase the production of renewable energy in the US. Il Vineyard Wind project provides for installation up to 84 turbines in the Atlantic Ocean about 12 nautical miles (22 km) off the coast of Marthàs Vineyard, the island of Massachusetts has become a favorite vacation spot for the super-rich and powerful in America. The wind farm will generate approx 800 megawatts of electricity, enough to power at least 400,000 homes. The US administration estimates that the project will create 3,600 new jobs.

Pandemic ‘could have been prevented’ if world had acted before

Angola opens tender for the management of supermarkets...

How To Make Money With Bitcoin 4 Ways...

A little less came to Mészáros from the...

In May, the price of electricity in Lithuania...

The head of Nvidia spoke about the prospects...