The Chinese showed another car that robs the style of American classics. How do you like it? 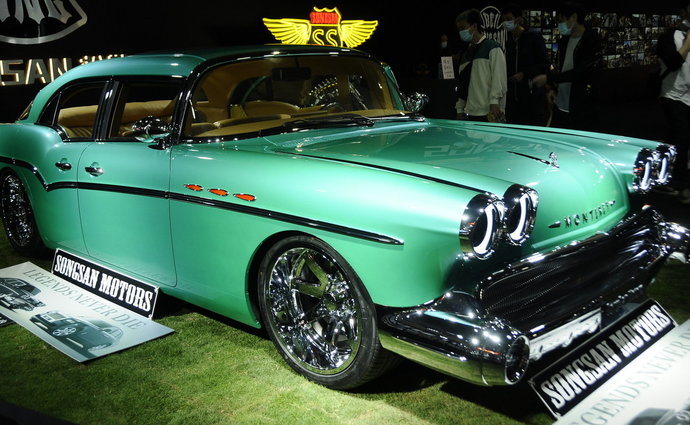 Do you remember the car named SS Dolphin? This is a Chinese car whose appearance is strikingly reminiscent of a first-generation Chevrolet Corvette.

If you still don’t know, you can recall the car here. Now Songan Motors, the maker of the Dolphin, is coming up with another “stealer” of classic American design.

The novelty is called Monterey and its body with retro shapes clearly refers to American cruisers from the 50s of last century. It reminds us the most of the Buick Roadmaster from 1957, mainly due to the design of the front bumper or ornaments on the fenders. The overall shape is similar. And since it’s a return to the fifties, there’s a pile of chrome.

But Monterey also differs in some ways. For example, it has two pairs of headlights, of course with modern LED technology, huge chrome wheels and, most importantly, a differently shaped stern.

In addition, it attracts with the possibility of opening the rear part of the roof, thanks to which the car can turn into a landaulet – a convertible-like car, in which, however, only passengers in the rear seats enjoy the sky overhead.

Also of interest is the suicide door at the back, which opens up against today’s usual direction. Inside, according to available sources, we find a lot of leather, aluminum and also plenty of retro atmosphere, which, however, is disturbed by modern displays.

The mystery so far is the drive. According to some information, the Monterey is an electric car, according to others a plug-in hybrid, whose system consists of a turbocharged 1.5-liter four-cylinder and an electric motor.