Home » Business » The end of the mortgage fixation will increase interest rates. How to defer payments 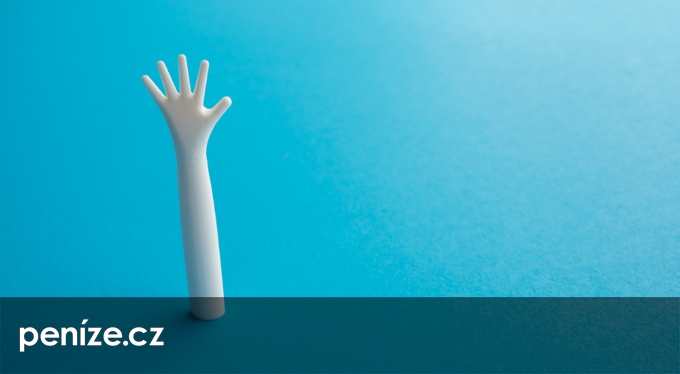 Energy, food and other current expenses are rising sharply. In households that have taken out a mortgage on the edge of their income, or whose interest rate will rise significantly at the end of the fixation period, there are growing concerns about whether they will be able to make further payments.

For such cases, banks may defer repayment for a period of time or reduce the repayment by extending the total maturity. Banks are now better prepared for the so-called loan restructuring than at the beginning of the crisis in 2009 or when a covid pandemic broke out.

This was helped by the experience of banks in the covid period. The Credit Moratorium Act in spring 2020 ordered banks to allow clients affected by the effects of a pandemic to defer payments for up to six months. Banks thus had to process thousands of applications in a very short time. Greater practice with this agenda – at least according to their statements – was then reflected in the approval processes.

“During the covid period, we adjusted the process of granting relief in repayment. We are ready for a possible increased number of applicants for this solution, “says ČSOB Group spokesman Patrik Madle.

Komerční banka also talks about the faster possibility of processing applications. “We have recently simplified the process where clients can extend the maturity for up to 30 years from the first drawdown,” says spokesman Michal Teubner.

According to banks, the number of applicants for mortgage restructuring is still low. “These are in the order of units, a maximum of dozens of clients who demand this option,” says Filip Hrubý, a spokesman for Česká spořitelna, for example. “It simply came to our notice then. An important factor that could arouse increased interest in reducing or postponing installments is unemployment, which, however, has not yet risen dramatically in the Czech Republic, ”he adds. Also according to ČSOB, the number of applications is currently low, compared to the covid period.

Komerční banka is already recording a certain increase, but so far it is not dramatic. “Most clients have rates fixed for a longer period, so they are not affected by the current increase in interest rates, at least for the time being. Most of our clients have also grown income in recent years, which also increases their ability to repay their mortgages despite rising installments, ”recalls Teubner.

Even the consulting company Gepard Finance does not yet observe clients’ difficulties with repayment. “But we are intermediaries. Although we can help the client with advice and experience, we will not solve this situation with the bank for him. In these cases, banks are already dealing directly with clients. But interest will probably grow, “says David Eim, Deputy Chairman of the Board of Cheetah Finance.

According to him, it can also be seen on the bank portals that banks do not underestimate this area. They explain the possibilities of loan restructuring quite clearly there. Forms with a request for deferral or reduction of installments are easily available on the banks’ websites and can be sent electronically. Or forms requesting help in resolving a deteriorating financial situation. Part of client support is also the publication of contacts, where to turn in the bank in such cases, if the client does not know his personal banker. It is these banks that are the first to recommend whom the client should address when processing the application.

The most important thing is the timely reaction of the client, the banks emphasize. “In general, he should resolve his situation in advance, ie when he is not in arrears, and he should also have an idea of ​​how he will resolve his financial situation in the long term,” emphasizes Patrik Madle from ČSOB.

“In cases of financial distress, there are situations where the client does not yet have overdue payments, but already knows that he is unable to pay the current or future installment. Or it is a client who already has overdue payments and is unable to pay them. In these cases, changes in the repayment of a mortgage loan due to financial distress are resolved in the form of loan restructuring, ”explains UniCredit Bank spokesman Petr Plocek.

“For clients who do not have financial difficulties, but require, for example, relief in repayment in the form of a reduction in installments, the standard form of resolving the change is a permanent reduction in the annuity payment until the extended period of validity,” adds Plocek.

The conditions for submitting such an application include proof of all income and expenses. Banks are obliged to evaluate whether the client will be able to continue to repay. People with foreclosure, outstanding debts or over-indebtedness cannot count on approving such a request.

Another requirement is to repay the entire mortgage, as a rule, before reaching the productive age. The client should also be prepared for a record of loan restructuring in the registers of borrowers, which may complicate access to another loan in the future.

Whether and with what variant of the repayment change the client succeeds is up to the decision of a particular bank. “We assess each application individually and look for the most advantageous solution for our clients,” says Filip Hrubý from Česká spořitelna.

“The client should inform the bank about his new financial possibilities – how much he can use per month to repay the mortgage. According to this, the reduction of the installment is then solved by extending the maturity of the loan or by postponing the installments, “notes Raiffeisenbank spokeswoman Tereza Kaiseršotová. Other banks express similar views.

Banks normally allow the deferral of mortgage payments for a maximum of six months. “The deferral of repayments is most often provided for six months, however, in an individual process it is possible to set the deferral to a different time horizon according to the client’s needs,” says Madle.

“The entire installment can be deferred, or only the principal payment, or only the interest payment,” explains Kaisershot. The form of the solution depends on the possibilities of the client.

In the meantime, banks usually require the client to continue to pay any credit insurance and credit account management fee. The repayment can be reduced by extending the mortgage maturity to up to 30 years. For the time being, the regulation of the Czech National Bank prohibits a longer maturity period.

Any change in the amount of the installment through the repayment period is permanent – ie until the end of the fixation or another change in maturity.

According to banks, clients do not pay a loan restructuring fee. “A change in repayment due to financial distress is always free for the client. If it requests a permanent reduction of installments in the form of a standard change in the repayment period, this change is subject to a fee according to the bank’s tariff, “says Plocek. In the event that the client requests this change in the contractual conditions during the negotiation of a new fixation, it is free of charge. If he wants to arrange it outside this period, he will pay the bank a thousand crowns in the order of lower units.

You pay less, but you pay more

By simply reducing the installments by extending the maturity or postponing the installments, the mortgage will become more expensive. The client pays more on interest for a longer period of time. If the entire installment is postponed, the loan principal will also increase. Therefore, according to financial advisors, this is not an appropriate solution for more fundamental financial problems.

“The delay is resolved for a few months, and the reduction is usually not very significant,” points out Eim. According to him, it makes sense to keep in mind that one of the rational options is to sell the property and repay the entire loan.

“It’s all the less painful nowadays because most properties that people have bought in recent years are of much higher value today than they were three or five years ago. The increase in value will playfully cover the entire cost of the mortgage and even generate a decent appreciation. In the current circumstances, such a situation does not have to be a tragedy at all. However, avoiding reality, poking your head in the sand and vain hopes for miraculous improvements will end tragically almost certainly, “Eim thinks.

He has been writing about banks and financial institutions since the 1990s. She was part of the economic team of Hospodářské noviny, she also wrote on the websites iHNed.cz and Aktuálně.cz. Now he writes externally for Pívání.cz and special supplements of HN. She likes to spend time with her family … More articles by the author.