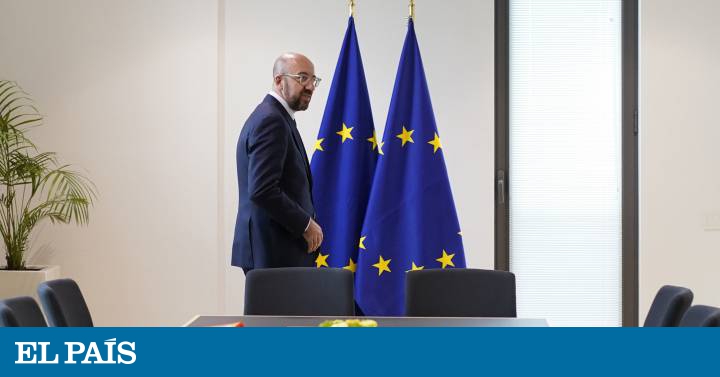 As symbolic as potentially relevant. The first summit of the European Union since the departure of the United Kingdom has resulted in a tremendous clash between the richest countries in the club and those that demand the maintenance of an ambitious internal solidarity.

After 30 hours of negotiation, the 27 EU partners have been unable to agree on the first accounts after Brexit, completely divided by the 75,000 million euro sinkhole that has left London’s withdrawal.

The so-called Cohesion countries, which include Spain, Poland, Portugal or Hungary, have managed to resist with great difficulty the offense of net taxpayers, led by the Netherlands, to cover the Brexit gap based on cuts in structural funds and agricultural subsidies.

After hours of confrontation, the president of the European Council, Charles Michel, has stopped the clock and has set a new meeting at 27, still to be convened. But the first assault has made it clear that supporters of austerity have already managed to impose much of their objectives. The latest official calculations handled during the summit point to a budget that will be below 1.07% of the Gross National Income of the EU, well below 1.11% of the Commission or 1.30% of Parliament European.

And in a last unofficial document, circulated shortly before the final failure, included the discount checks required by Germany, the Netherlands, Sweden, Austria and Denmark, which would be kept, and even elevated in some cases, at the same level as in 2020 .

The proposal was rejected emphatically and immediately by the Spanish delegation, headed by Pedro Sánchez. And the proposal of Spain and 16 other countries before a document that had more provocative visions than a negotiating proposal, led to the conclusion of two days of fruitless budgetary battle.

Michel hopes to resume bargaining in the coming weeks and close an agreement with enough time for the premiere of the new 2021-2027 budget framework. “I think it has been a useful and necessary meeting, which throws more clarity on the positions of each country,” Michel said at the end of the summit.

In that case, the long night of February 20 will be little more than an anecdote in the history of the club. But the acrimony of the last hours and the finding of some positions has also revealed that coexistence will not be easier after leaving the United Kingdom, a country to which blockages and obstacles were often attributed.

“While some hit the floodgates, we are warm inside with our stove and keeping (spending at) 1%,” Dutch Prime Minister Mark Rutte swaggered during the long night of contacts Thursday through Friday.

“The important thing is that we show ambition,” Sanchez demanded at the end of the appointment. “You cannot raise 1% as a proposal if we want to be a relevant global actor,” added the President of the Government. And Sanchez has left Brussels with a warning for austere navigators. “The framework has to be approved by the 27, a single country can block,” said the president of the Government in a little veiled invocation of the right of veto.

The choreography of the summit has shown a club divided by wealth lines, with four of the countries with a GDP above the average (Netherlands, Sweden, Austria and Denmark) entrenched in the defense of a budget much lower than the period that ends (2014-2020).

In the opposite field, the 17 countries that are friends of Cohesion, including Spain, demand the maintenance of structural funds at the same level as at present, which represents 368,000 million euros. “Policies such as cohesion and the CAP strengthen the single market and are very close to citizens. We cannot admit that they are considered unsuccessful. It is a deep mistake. Policies such as youth guarantee, child guarantee, Erasmus, are touched with the proposal. In addition, the checking system that benefits the richest is maintained. Now that the United Kingdom is not there it should disappear. There has been no progress. We cannot be satisfied. We hope to meet again with a more ambitious proposal, “Sánchez said.

The leaders, who have only held two meetings at Twenty-seven in the two days of extraordinary summit and have devoted most of them to meetings bilateral, rejected in just half an hour the last plan set to try to reach a consensus

The enormous distance in the positions has led Michel to end the session and conclude it. At the moment, it is not known at what time the negotiation will be resumed although it is hoped to reach an agreement in April or May. “We need to maintain contacts to decide,” Michel acknowledged.

The summit marks the first failure of the renewed community dome, occupied since last December 1 by Michel and by Ursula von der Leyen, president of the European Commission. “Sometimes, you have to let things mature a little more,” Von der Leyen has resigned to a fiasco that, for now, leaves his newly released team without his own budgets.

The negotiation had started badly from the moment of the beginning of the summit, when Rutte and his allies closed ranks to defend a budget of only 1%. Von der Leyen also noted that the Commission was satisfied with 1.07%, below the aspirations of the former executive, chaired by Jean-Claude Juncker.

The clamp was fixed between two parameters that jeopardized the maintenance of the structural funds at their current level and of agricultural subsidies (which are now 382.5 billion euros). In addition, for Spain, it jeopardized its favorable balance with the EU, maintained since joining the club in 1986.

The unity of the four austere countries surprised the cohesion partners, who arrived with a common position but more washed away. Sanchez had Poland and Hungary at the same time asking for a hard hand with the monitoring mechanism on the rule of law that worries Warsaw and Budapest.

But the hardness shown by the self-styled frugal, which was evident during bilateral contacts with Michel in the early hours of Thursday, forced the net receivers to close ranks and be more demanding. The 17 countries of cohesion went from accepting a downward proposal as the one sponsored by the Commission to claim the same objective as Parliament (1.30%), knowing that this goal is unattainable.

The group threatened by the cuts was so surprised by the austere that it only started the counterattack in the middle of Friday morning, when the Netherlands and its allies had already made their way to their positions with both Michel and French President Emmanuel Macron, and German Chancellor Angela Merkel. In full counteroffensive, cohesion had an unofficial spokesman as uncomfortable and doubtful as the Hungarian Prime Minister, Viktor Orban, who went down to the press room in the middle of the summit to proclaim that “if we want a strong Europe, we must pay for it.” No one, at the moment, seems willing to take care of the bill. 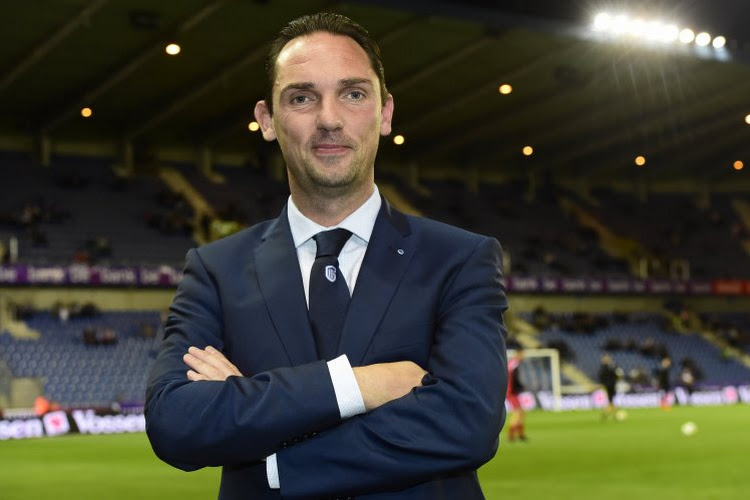 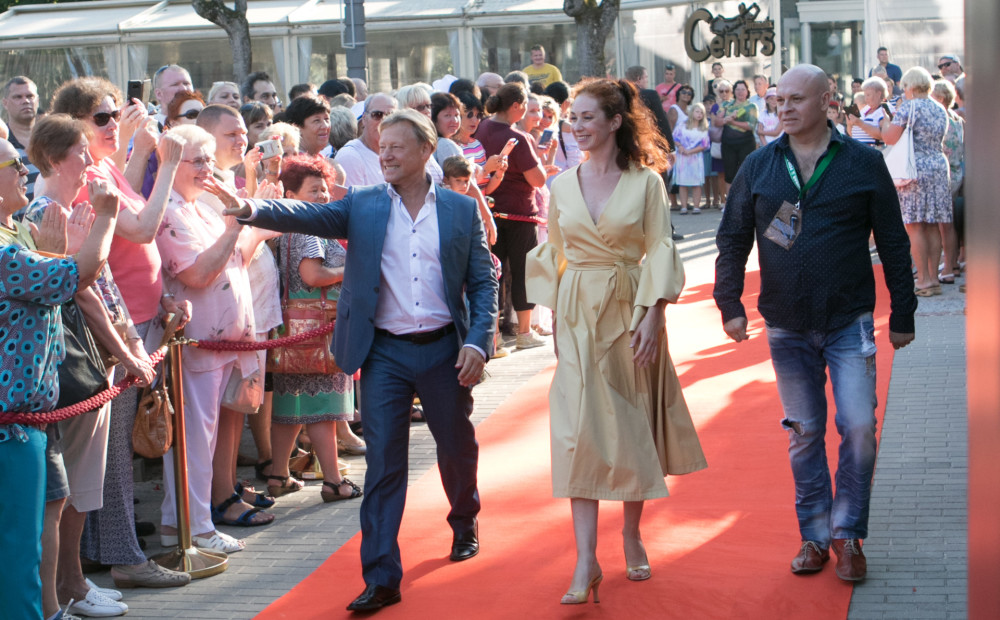 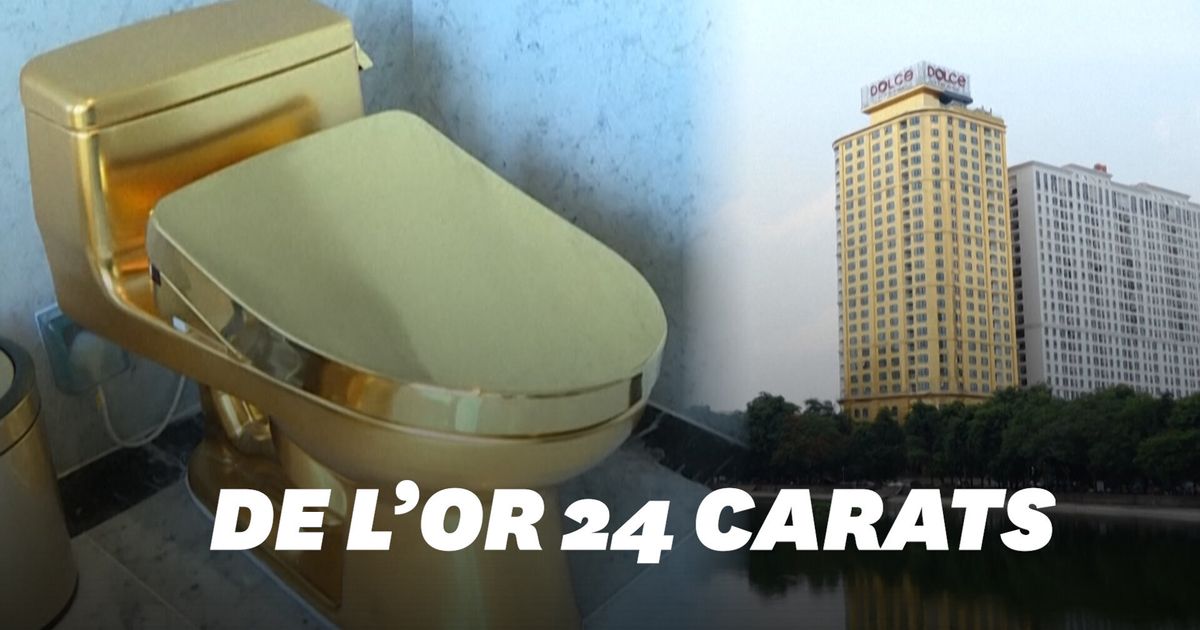 In this hotel in Hanoi everything is gold plated

What is behind the posters in the city?

PrevPreviousSealed: the Chinese trapped at home by the coronavirus feel the tension
NextMorning News – February 22, 2020 News – PoliticsNext
On Key

Cyriel Dessers is the eye-catcher of KRC Genk during this mercato. The striker cost the Limburgers about 4 million euros and returns from the Netherlands

The third day of the festival was “Russian Film Day”. Dedicated to the creative work of directors Leonid Gaiday and Georgy Danelia, as well as

In this hotel in Hanoi everything is gold plated

UNUSUAL – A hotel claiming to be the first gold-plated accommodation in the world has opened in the Vietnamese capital, Hanoi. Everything in the Dolce

What is behind the posters in the city?

200 posters with the inscription “#abgehngt” and faces of creative artists were hung up in Lower Franconia. Another call for help from an industry in