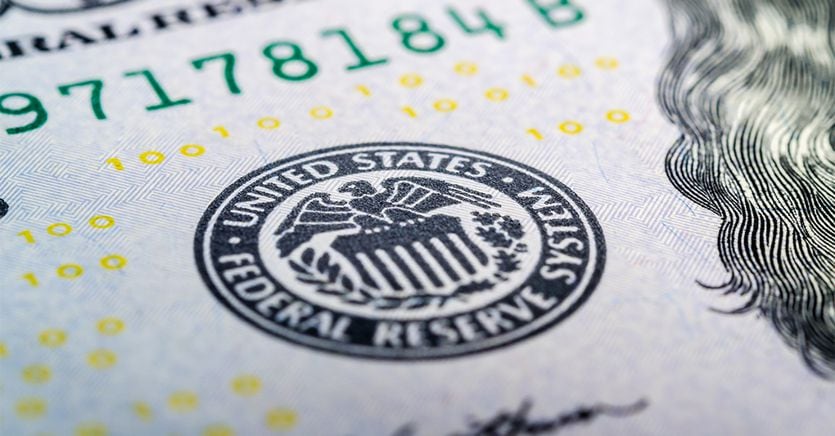 WHO BENEFITS FROM THE LIQUIDITY OF THE FED

Dollar-denominated cross-border banking liabilities: China and C6 (except the US); III quarter 2019

Recalling the C6 network, it is clear that it includes, in addition to the Fed, all the central banks of the countries whose banking systems have the highest levels of dollar liabilities. All except the Chinese one. It is therefore no coincidence that the cross-currency basis of the yuan – which began to deteriorate in conjunction with the first reports of the contagions in China at the end of January – is still very high (-180 basis points), and clearly higher than that of the euro, pound and other C6 currencies.

In absolute terms, the Chinese banks’ cross-border liabilities in dollars amount to nearly 1,000 billion dollars. A huge figure that alone accounts for about 1/3 of the USD 3000 billion of foreign exchange reserves held by the PBoC. Not to mention that banks are not the only subjects in the Chinese economy to have strong dollar indebtedness: for example, the nominal value of the dollar debt securities issued by Chinese corporations in the non-financial sector exceeds 500 billion dollars. And then there are the dollar bonds of the Beijing government, offshore debts and various other liabilities, even potential, always denominated in dollars attributable to Chinese residents.
Having large currency reserves serves to ensure good room for maneuver in the face of emergency situations such as the economic shock from coronavirus. Once the cash of dollars has run out (about 18 billion, equal to 0.5% of reserves), the PBoC could decide to introduce dollars into the domestic economy by selling US government bonds, of which it holds over 1000 billion dollars (per second place, after Japan, among the foreign holders of US Treasuries). Such a move, depending on the quantity and timing of sales, could represent an extraordinary component in the offer of US Treasury securities on the market and, according to several analysts, undermine the effectiveness of the massive liquidity injections that the Fed is carrying. forward both at home and abroad.

Although no data are available yet, it is reasonable to assume that a scenario such as the one described above contributed to the Fed’s decision to make its quantitative easing unlimited. This decision will certainly help to allay the hunger for dollars globally, but the vulnerability remains of a “holey” network of currency liquidity lines and the lack of a real international lender of last resort AND, once again, the capable tsunami to expose these weaknesses could start from China, perhaps in sync with other countries such as India, Taiwan, Indonesia, Russia and Saudi Arabia also excluded from the protection network created by the Fed.

To know more:
● From ECB and Fed two lines of management for rates against the global recession