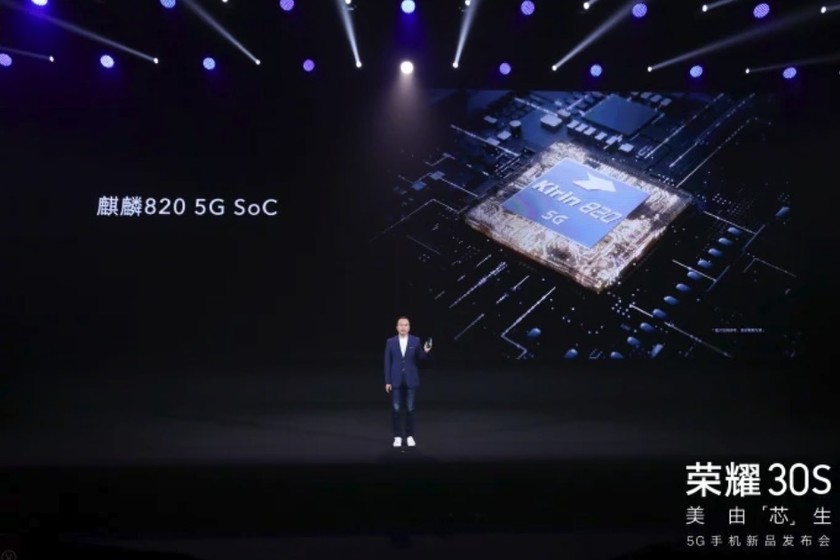 The Kirin 810 has been one of the processors most used by the Huawei factory since its launch, almost a year ago, and the eastern manufacturer has decided to give it a well-deserved break by introducing its successor. He Kirin 820 It has become official and with it comes something that we have already seen in the market and that now reaches the Huawei and Honor phone catalog: 5G for the mid-range.

The new processor repeats some of the characteristics of its brother from the previous version, although updated, such as having the NPU for artificial intelligence code processing. A chip released by the high-end lines of the house and that here repeats with a single core. But there are more changes, especially at the CPU level.

If in the Kirin 810 we had an eight-core configuration divided by two clusters of two and six, the new Kirin 820 bets on a triple cluster. Now we find a single core operating alone, a Cortex A76 running at 2,36GHz. Below this, a second cluster of three Cortex A76 cores running at 2.2GHz, and finally a four-core cluster for energy saving, four Cortex A55s at 1.84GHz.

The GPU of this Kirin 820 is a Mali G57 (compared to the G52 of the Kirin 810) more powerful by 38% although it respects the six rendering cores. But this GPU is also associated with a new software to enhance games called ‘Kirin Gaming 2.0′ and that promises improved graphics and fluency for heavier titles. A sort of equivalent of the ‘Elite Gaming’ offered by Qualcomm’s mid-range and high-end processors.

Gaming software, a much more powerful NPU and 5G for everyone

We have said before that we have a large-core NPU for artificial intelligence that promises to increase performance by 73%, but we also have a redesigned ISP for photography. The Kirin ISP 5.0 is 15% more energy efficient, in addition to increase noise reduction in photos by 30% versus the Kirin 810. The ISP is, in fact, the same that is mounted on the high-end Kirin 990 that comes on board the Huawei Mate 30 or the latest Huawei P40.

The 5G modem built into this Kirin 820 supports both SA and NSA networks, so it must be capable of operating on any 5G infrastructure on the planet, and supports VoLTE in a dual way or, if we prefer, set the first SIM to 5G and the second to leave it for calls under 4G data networks. The chip arrives on board the new Honor 30S from its sister brand, and we will soon see it in more terminals of both families.