The lawyer who swindled 180,000 euros from a widow was sentenced to two and a half years in prison 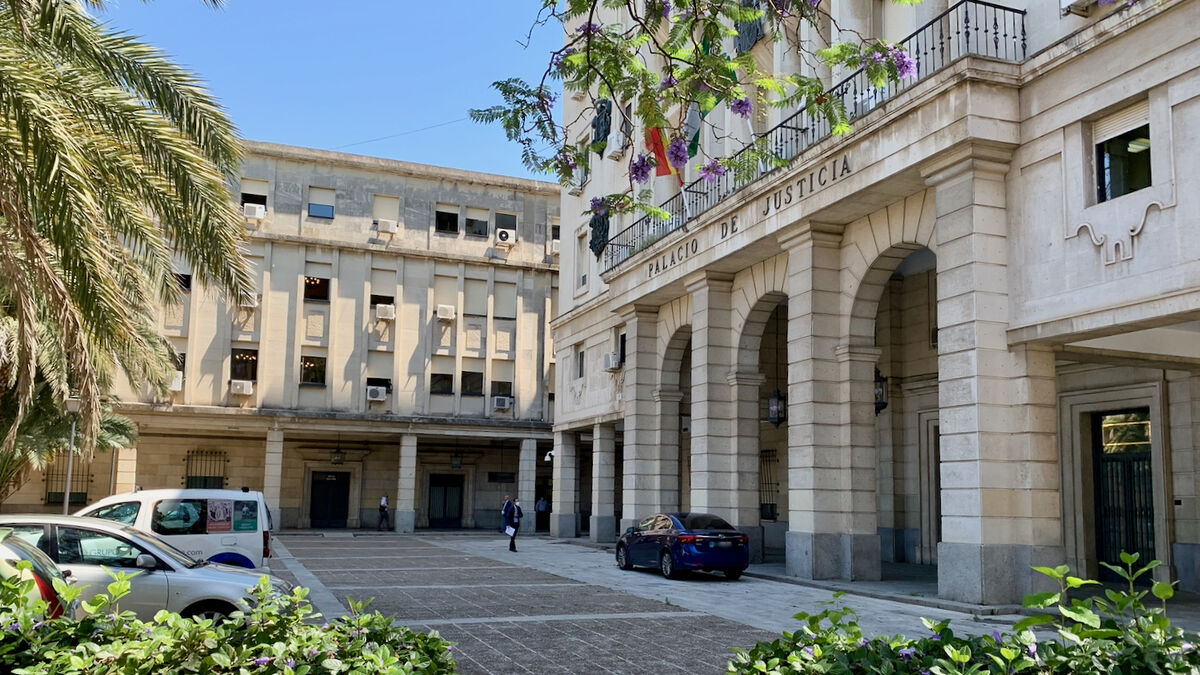 The Criminal Appeals section of the TSJA has partially confirmed the sentence of the Seville Court that sentenced a lawyer, Juan Carlos AC, and a real estate expert, Teodomiro VS, to two years and eight months in prison, who swindled 180.000 euros to a widow and her son whom she advised on the transfer tax after the death of her husband. Offered him some Loan operations between individuals with a mortgage guarantee and a profitability of 30% you never received.

The sentence of the Andalusian high court, provided by the TSJA Communication office, condemns two years and 6 months in jail and a fine of 2,880 euros to the lawyer Juan Carlos AC for a crime of scam aggravated by the amount defrauded and by the use of credibility. In addition, he will be disqualified from practicing as a lawyer during the same time as the conviction and acquits him of the crimes of professional disloyalty and documentary falsification. From this last charge, he also frees the other condemned, Teodomiro VS, who is sentenced to two years in prison and a fine of 1,260 euros. Both will have to compensate, jointly and severally, the widow with 87,900 euros and her son with the same amount.

Faced with this ruling, the defense attorneys filed two separate appeals. On the one hand, the lawyer of Juan Carlos A. C, requested the prescription of the crime of falsehood, estimating the TSJA in the two defendants. However, the sentence does not find error in the assessment of the evidence regarding the crime of fraud. The lawyer alleges that he was also “deceived” by the other convicted person, Teodomiro VS Now, according to the Superior Court of Justice of Andalusia, “The decisive participation of Juan Carlos AC in the defrauding dynamics is demonstrated” that led the widow and her son to the loss of money, “having assessed the evidence by the Provincial Court in a reasonable and substantiated manner.”

For his part, Teodomiro VS also carries the guilt in his socio and alleges that the responsibility for the real estate contracts corresponded “exclusively” to the convicted lawyer. It also indicates that the amount invested by the woman and her son was 150,000 and not 180,000 euros.

According to the sentence, the lawyer Juan Carlos AC proposed to both injured parties to invest the 180,000 euros they had in cash in loans between individuals at an interest of 30% with real estate guarantee. These investments were managed by the second convicted person, Teodomiro VS, presented as an expert in this type of operation and to whom Juan Carlos AC delivered the full amount of the investment.

The widow and her son delivered in January 2012, to the lawyer’s professional office, a total of 180,000 euros and, “In order to give credibility to the operation,” both convicts drew up sales contracts in which Teodomiro attributed non-existent powers of disposal over the properties that would serve as collateral: one in Jerez de la Frontera, another in Vejer de la Frontera and two rustic properties in Sanlúcar de Guadiana.

The reality is that both defendants were “aware that the operations were unfeasible due to not having the property” and They did not return the money or interest when they demanded it.

But it is more: the sentence includes as part of the deception that, to supposedly recover the money, Juan Carlos AC convinced the widow to initiate criminal proceedings against Teodomiro VS that ended with a judgment of conformity in March 2017, by virtue of which he was sentenced for the false transmission of a home to compensate the complainant in 56.000 euros.

For this reason, the defense of Teodomiro VS asked the TSJA to mitigate the repair of the damage since Teodomiro VS has made several deliveries of cash to the son for a total amount of 4,200 euros, and the monthly payment of the fee corresponding to the sentence 2017. The high court has rejected this point, considering that the fee is “meager” and that the payment corresponding to the 2017 judgment corresponds to compliance with it and “not to the voluntary reparation of the damage caused.”