The link between Mariëlle’s anxiety disorder and sleeping problems was not made: ‘Too much is still being treated in boxes’

Home » Health » The link between Mariëlle’s anxiety disorder and sleeping problems was not made: ‘Too much is still being treated in boxes’ 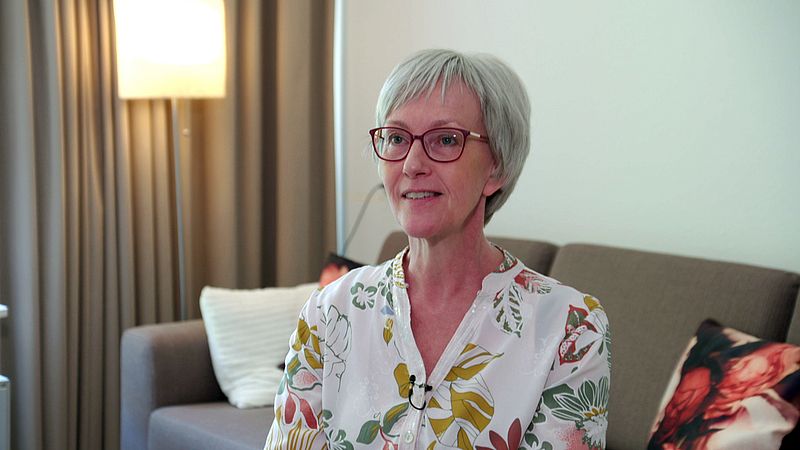 Poor sleepers have a higher risk of developing mental illness and have a harder time recovering. “It is incomprehensible that psychiatrists do not normally try to improve patients’ sleep,” says sleep researcher Eus van Someren.

Mariëlle Faas is a bad sleeper. And she also suffers from post-traumatic stress disorder because of a rough time in her childhood.

“Because I don’t get through the night well, I wake up tense in the morning,” says Mariëlle. “I then go on hyperalert through the day, always vigilant, while I am actually overtired. At a certain point you can handle less and less, the anxiety disorder becomes stronger. It is a huge negative spiral in which you end up.”

The question is whether there is a connection between her sleeping problems and the anxiety disorder that Mariëlle is struggling with. And if so, what exactly happens in the brain. Research is now being conducted in the Netherlands.

“We want to know two things,” says Eus van Someren, head of the Sleep and Cognition department at the Netherlands Institute for Neuroscience. “Why do people sleep badly in the first place, and why are bad sleepers more likely to develop an anxiety disorder?”

Van Someren suspects that this is because their sleep is highly fragmented. “They don’t even sleep that few hours when you add it all up, but their brains keep waking up and staying alert throughout the night.”

The new research aims to find answers to exactly what happens in the brain and where sleep problems and anxiety disorders meet.

“We are going to look very closely at the brain waves, among other things. We want to map out which parts of the brain are active during fragmented sleep and which are inactive,” says Van Someren.

Van Someren and his team have already conducted research in recent years into the link between poor sleep and the development of depression. “We now know that there is a direct link. Bad sleepers are twice as likely to develop depression than people who do sleep well.”

“And it also seems logical: if you feel good about yourself and you have tension or stress, then after a good night’s sleep it is often not that bad. If you, on the other hand, have had a bad night’s sleep, it has the opposite effect. Then the worries become and gloomy thoughts only grow bigger.”

‘Too much thought and treatment in boxes’

A similar relationship appears to exist in anxiety disorders; no less than 80 percent of all patients with an anxiety disorder also appear to be poor sleepers. “We already know this, but far too little is done with this knowledge,” says Van Someren.

“Too much is still thought and treated in boxes. People are either receiving treatment for an anxiety disorder or for poor sleep. While it is a matter of one and the other.” Mariëlle Faas also showed little interest in her broken nights. “The relationship between my anxiety disorder and my sleeping problems was not made at all, while I did have the feeling that they greatly reinforced each other.”

‘People are at their wit’s end’

The lack of attention for sleep problems has a lot of impact, says sleep researcher Van Someren: “I see people who are really at their wits’ end, and we have to do something about that.”

“There are cognitive-behavioral therapies that can alleviate sleep problems, and occasionally medication can help too. I think we’ve become too hesitant on sleeping pills. Should we wait for an insomniac to become depressed or anxious and then give them pills? “

Band around your head

Mariëlle Faas is involved in setting up the new research as a patient representative of the Angst, Compulsion and Phobia Foundation. “I took part in a pilot phase in which we looked at how you measure your brain activity at home,” she says. “That goes with a band around your head. And there is an app where I can fill in all kinds of things about my sleep rhythm. The researchers can then view and process the data remotely.”

“I think this research is very important. And I hope that many bad sleepers who suffer from anxiety and stress will participate. Practitioners must learn to look broader and not just follow the calibrated diagnosis treatment plans.”