The master coup of the CIA and its German partners | U.S 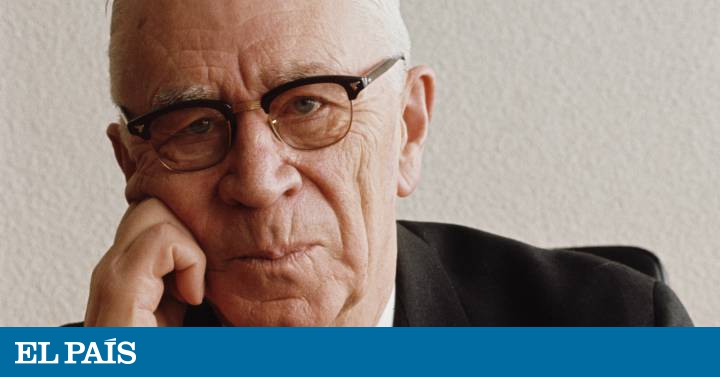 It is one of the biggest cases of espionage, novel material by John Le Carré or a screenplay. For more than five decades, the CIA and the spying services of then West Germany (BND) secretly controlled a Swiss company that manufactured and sold secure encryption devices and communication lines to more than 120 countries. But the case is that neither the lines nor the encrypted messages were safe, since the CIA and the Germans had access to the information through the devices, as a journalistic investigation of The Washington Post, next to the German television networks ZDF and the Swiss SRF.

It was “the intelligence coup of the century,” the American newspaper said Tuesday. Customers of the Crypto AG company and its trick machines were countries such as Iran, Latin American military boards, rival nations such as India and Pakistan, NATO member states such as Spain, the UN and even the Vatican, according to extensive research, which ensures that “these spy agencies manipulated the company’s devices to easily break the codes that countries used to send encrypted messages.”

Until now, that peculiar partnership was one of the best kept secrets of the Cold War.

It all started in the middle of World War II, when the Crypto firm was created by Boris Hagelin, a businessman and inventor born in Russia but who fled to Sweden when the Bolsheviks took power. When the Nazis occupied neighboring Norway in 1940, Hagelin decided to emigrate again, this time to the United States.

The inventor carried the famous encryption machine, baptized as M-209. According to the internal history of the CIA cited in the investigation of the Post, it was necessary to control Hagelin to limit the sale of the encoder only to countries approved by Washington. In short, Crypto should not fall into the hands of the Soviets, the Chinese or the North Koreans. Those countries, however, were never customers of the Swiss company, so, in theory, they were outside the direct limits of espionage mounted by the US and Germany.

However, CIA agents obtained much valuable information from Beijing and Moscow through the interactions of these countries with secret or diplomatic services of nations that did have the encryption devices. The operation known as Operation Thesaurus was signed in an elite Washington club, the Cosmos, when Hagelin sealed in 1951 with a handshake during a dinner the first secret agreement with US intelligence, which brought William Friedman, the father of the American cryptology

The agreement was that Hagelin moved the company to Switzerland and restricted the sales of its most sophisticated models to countries approved by Langley (where the CIA is based). Nations that were not on that list obtained outdated systems from Crypto AG and with little effectiveness. Hagelin was compensated financially for the loss of sales.

The twentieth century was progressing and virtually no one in Crypto, except Hagelin, knew about the CIA’s involvement in the company. The benefits were plentiful. Each year, according to German intelligence records, the BND delivered its share of the cash proceeds to the CIA in a dark Washington garage.

In the eighties, the operation was renamed Rubicon. By then, there were already some tensions between Washington and Bonn on account of the objectives and the distribution of the information obtained. Both parties, according to the investigation, also used other companies, Siemens in Germany and Motorola in the US for their espionage.

Crypto also gave good benefits. According to the CIA, in 1975 the company won more than 51 million Swiss francs (about 47.8 million euros). Meanwhile, Rubicon produced decades of unprecedented access to communications from other governments. For example, in 1978, when the leaders of Egypt, Israel and the United States met in Camp David to negotiate a peace agreement, the National Security Agency (NSA) secretly listened to the president’s communications Egyptian Sadat with Cairo.

Through a Crypto system it was also learned that the brother of US President Jimmy Carter was allegedly on the payroll of Libyan leader Muammar Gaddafi. The technology also led the Ronald Reagan Administration to pass information to London on the brief war of the United Kingdom with Argentina over the Falklands. In 1989, the use of the Crypto apparatus by the Vatican was decisive in the capture of Panamanian General Antonio Manuel Noriega when the dictator sought refuge in the Nunciature.

The Germans left the program towards the end of the nineties; The CIA continued. But Crypto was dissolved and ceased to exist in 2017. There are now Crypto International and CyOne; the first assures that he never knew anything about Crypto’s plot, and the second receives the aid “without comments.”

Do you trust Nasser al-Khelaïfi to find the best solution with broadcasters? The question was raised during a telephone press conference organized this Sunday...
Read more

The news published by the "Heraldo de Madrid" on December 9, 1898, must have overwhelmed the thousands of Spanish families who had seen their...
Read more

Do you trust Nasser al-Khelaïfi to find the best solution with broadcasters? The question was raised during a telephone press conference organized this Sunday...
Read more

The news published by the "Heraldo de Madrid" on December 9, 1898, must have overwhelmed the thousands of Spanish families who had seen their...
Read more

Ten days after he...
Read more

Subscribe to receive the most important news...
Read more

Do you trust Nasser al-Khelaïfi to find the best solution with broadcasters? The question...
Read more