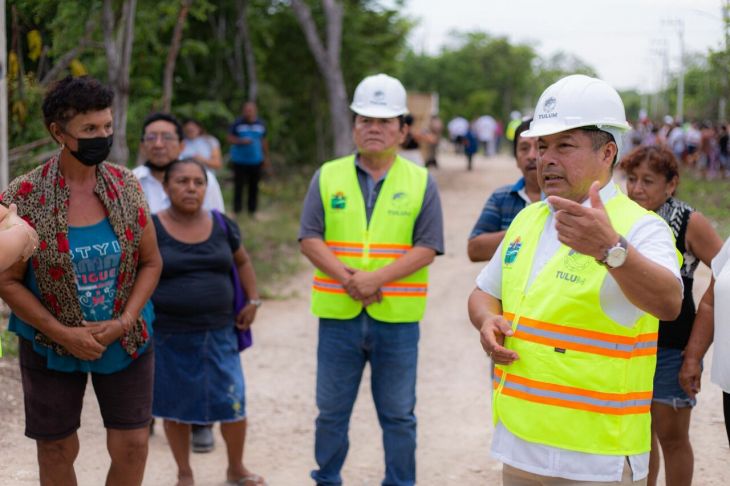 For the next month of July, the donation of a new property for the construction of the Technological University of Tulum will be resolved, which will be located south of the municipal seat, announced the municipal president, Marciano Dzul Caamal.

The mayor announced that he will hold a meeting with Tarek Scandar Mattar Moguel, rector of the Technological University of the Riviera Maya, and Abraham Rodríguez Herrera, head of the State Educational Physical Infrastructure Institute (Ifeqroo), to define the details and donate a piece of land. which is located on the Tulum-Felipe Carrillo Puerto federal highway, which would have an area of ​​10 hectares (ha).

“The following week I must resolve and sit down with them (authorities) and I believe that the resources are still there destined for this university and I will see how it is resolved to resume that project,” he said, while responding that said land is near the Cristal neighborhood, where this Tuesday he inspected the progress of the electrification and public lighting works.

He recalled that at the beginning of the year they donated a 20-hectare property, located at kilometer 10 of the Tulum-Cobá highway, to the university, however, the Ministry of Environment and Natural Resources (Semarnat) did not grant permission for the building. .

“That project was delayed, we are trying to find a way to exchange that land for a closer one that complies with the land use and the studies requested by Semarnat, so as not to lose resources,” he said.

Regarding the expansion of the drainage and electrification network in the Ya’ax Tulum and Cristal neighborhoods, the mayor explained that in Ya’ax Tulum the current administration resumed a work that will connect different branches of a local drainage system that the government abandoned. previous. In this place, as reported, 5 million 400 thousand pesos of the City Council’s own resources are invested.

Meanwhile, in the Cristal neighborhood, he reviewed the progress of the electrification network whose construction has been possible this year due to the efforts of the mayor, councilors and councilors to municipalize the settlement.

“The previous administration told everyone that the electrification work cannot be done because the Cristal neighborhood is not municipalized,” recalled Dzul Caamal. “They did not take steps so that the municipality can invest here. But we arrived and with the representatives of the ejido we made the necessary arrangements and actions to start this work, which today is more than 90 percent complete.”