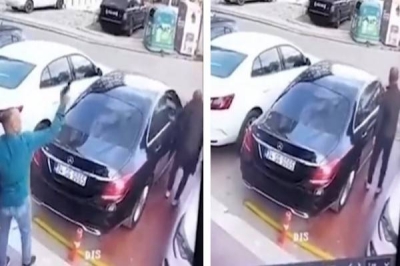 Al-Marsad newspaper: A leader of the Turkish Nationalist Movement Party died days after he was shot dead in Istanbul.

In detail, the deputy head of the Nationalist Movement Party in the Kartal district of Istanbul, Erkan Hansır, died of his injuries, after he was subjected to an armed attack, and was subsequently taken to hospital for treatment.

The Turkish authorities shared a video clip that monitored the moment Arkan Hanscher was targeted, while the surveillance cameras showed the perpetrator waiting for Hanscher in front of a commercial store in the Sancaktepe district of Istanbul, and after he left and while he was getting into his car, he was shot in the head and then fled.