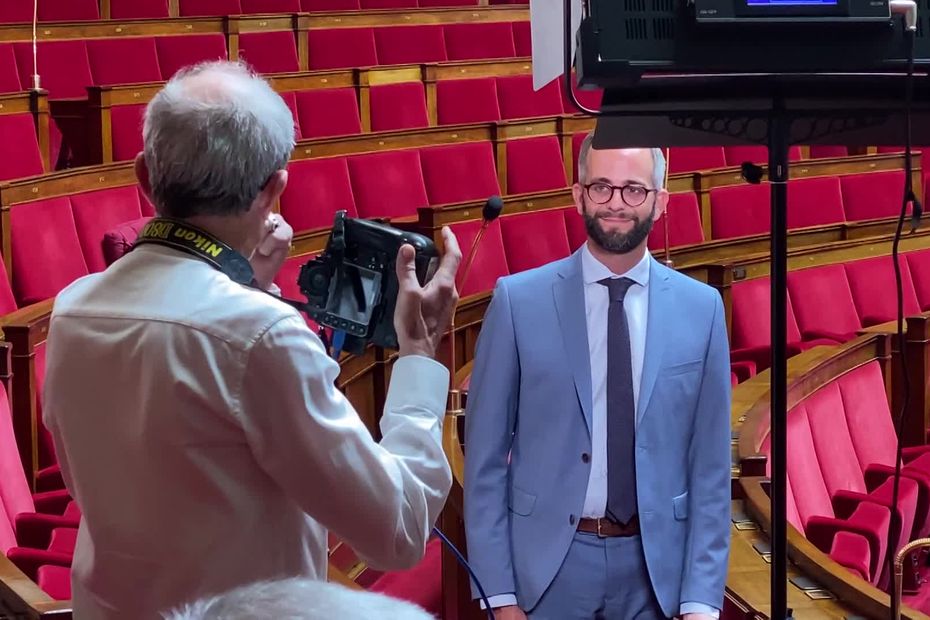 Elected deputy for the second constituency of Côte-d’Or on Sunday June 19, Benoit Bordat went to the National Assembly on Tuesday June 21 in Paris. A team from France 3 Bourgogne followed him for his first day.

All this week, the National Assembly welcomes its new deputies. A back-to-school welcome. Some are already used to it and for others, everything is new! This is the case of Benoît Bordat who went there this Tuesday, June 21 for his first steps as a deputy.

He was elected deputy (Together!) for the second constituency of Côte-d’Or (Dijon-Auxonne) on Sunday 19 June. A little stressed at the idea of ​​discovering the great political scene, Benoît Bordat was at Dijon station.

It’s the pre-return to school, we have to go to Paris to get our equipment and fill in a certain amount of information.

As for a return to school, you have to learn to find your way around your establishment. “Lots of information to consider” for the deputy of Côte-d’Or. Because the Palais Bourbon can sometimes be impressive for the newcomers: “it’s moving, you become even more aware of your role and your responsibilities“he reacts.

On site, Benoît Bordat takes part in the traditions. Each MP receives a briefcase with a range of items. It contains, among other things, a scarf, a tricolor cockade and the regulations of the National Assembly. The first deputy then returned to the hemicycle to take the essential official photo.

For this first day, the deputies must above all adjust to their new function. Benoît Bordat has already chosen which commission to sit on. The elected representatives of the presidential majority must meet this Wednesday. The first group meeting, which serves to prepare the first session of the Assembly which will take place at the end of June.

In the meantime, the 38-year-old deputy is preparing. “There will be a little break-in period at the beginning, because we also have a lot of expectations from people and I will have to recruit collaborators, it’s a machine that is getting oiled gradually”.