The number of large motorized and diesel cars is increasing 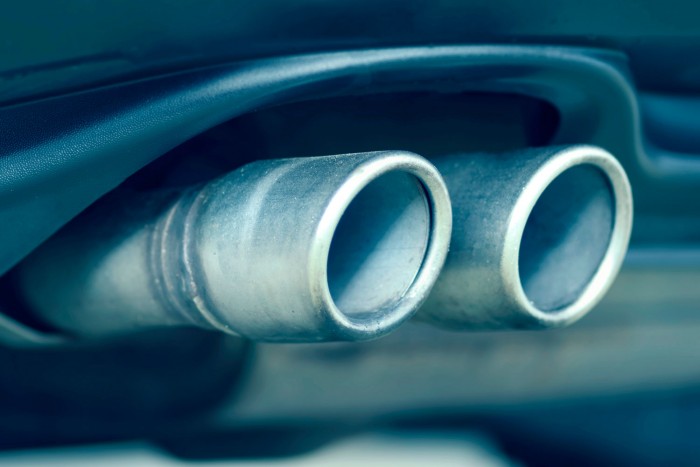 It is difficult to buy a new car today. The stocked cars that can be taken home with a chunky discount no longer dust in the corners of the salons, and the configurators of many popular models have simply disappeared from the brands’ websites. In addition, according to the Neppers, they will not be able to import as many cars from abroad in the second half of the year as we have been used to in recent decades.

It is not in 2022 that the domestic vehicle fleet will be refreshed, for sure, our family and our environment will continue to live with these four million wrecked cars.

But what is the fleet of cars in Hungary today? What do we know about it besides being old, just like our shabby roads? We present the latest data of the Central Statistical Office (CSO) according to the number of units, age, engine size, fuel and territorial distribution, as well as the changes we have come to in the last decade and a half, mostly very significant.

Let’s start with the total number of cars registered with the Hungarian license plate by the Ministry of the Interior. Just a few months ago, the number of units crossed the line, with data at the end of 2021 reaching 4.02 million for a population well below 10 million.

Here, and in the rest of the article, we look at the changes in a fifteen-year perspective, just three decades later, from 2006 to 2007, the stock reached its then size of three million. From the autumn of the following year, the economic crisis that hit roughly 60 percent of domestic showrooms began, pushing back sales of new cars, which were so big for the young people, that the Suzuki brand, which had been pushing the market, fell back from the top.

Then came three exceptional years within the thirty-two years after the change of regime, when we saw no increase in numbers, not even stagnation, but a slight decline. From 3.05 million units in 2008, the number of registered cars fell first to 3.01 million, then to 2.98 million, and then to 2.96 million in 2011.

Then came the slow turnaround, followed by the rally that is still visible and accelerating: in the decade behind us, the foreign gray import record for used cars was broken several times, while the revived dealer network sold more and more brand new vehicles. From 2.98 million in 2012 to 3.19 million in 2015, then to 3.64 by the end of 2018, and then by the end of last year, the number of cars with Hungarian license plates had jumped to more than four million.

AGE – We used to drive a lot younger cars

The average age of the four million Hungarian-numbered passenger cars in circulation has also crossed an important line now: it has risen to 15.01 years, which means a sadly old fleet of vehicles. In addition, the trend for a decade and a half has been steadily creeping up the chart without breaking or shaking.

In terms of specific models, the revival of the Vitara name comes first: according to the latest available data, Suzuki Vitara has a youngest domestic stock of twenty thousand at an average age of 3.9 years, while the oldest is Opel Vectra’s extensive 32,000 group, with an average of 18.7 years. .

Order of brands and models

We have already covered the order of the most popular or most affordable cars by make and model in several articles. Whoever now cuts that Suzuki Swift is wrong: Opel leads the top list of manufacturers and Astra leads the specific models. You can also find the location of your own car by browsing the quite detailed list.

For a decade and a half, we have clearly been a country of small cubic cars. In 2006, 60 percent of the then 2.95 million passenger cars still had an engine under 1,400 cm³, for a total of 1.75 million. Since then, the total number has increased radically, but this category has decreased in numbers, especially in proportions. At that time, only 1.04 million cars were driven by the 1400-2000 cm³ engine, and only 156 thousand more.

Gasoline has always had to be refueled in most of our cars, and this type of fuel currently drives 2.58 million cars. Half of the diesel plant, 1.27 million, is registered by the CSO, and 166,000 passenger cars (including gas and electric vehicles) are currently classified as “other”.

This situation also developed after significant changes. Only 495 thousand passenger cars went on with diesel for fifteen years, 642 thousand for ten years, and the other category was almost empty with 6,922 units. Let’s stop here for a second! The last decade has been about the diesel scandal and electricity on the European car market, well, the number of diesel passenger cars in Hungary has doubled by 630,000 in these ten years.

We will soon see how much electricity was on the market in the same decade, but one more interesting thing before that: today we use almost exactly the same amount of petrol as 15 years ago (2.45 million in 2006), with the stock growing by one million.

ELECTRICIANS – Almost doubling every year, but still far from 1 percent

We have previously written the story of the academic buyer of the first modern electric car of the new age, who broke into the electric car in Hungary as a brave pioneer. A decade after its first entry into service, 21,544 purely electric cars now have green license plates in Hungary (this is also the end-2021 figure). That is, the balance of the last ten: 632 thousand plus diesel cars entering. 21 thousand electric cars.

Last year, however, due to global problems, the number of new passenger cars placed on the market in Hungary, including all powertrains, decreased, not that of electricians: the growth here was 72 percent! At the same time, even this spectacular climb facing the market as a whole was not enough to reach as much as one percent of the four million set.

The charger is also sweet in European comparison, and prices are still rising against previous promises.

You may be guessing who the leaderboard is, but how are the models and Tesla, who have now become a favorite? In our article, we have shown how much of an electric car we use in Hungary.

TERRITORIAL DISTRIBUTION – The country is difficult

Finally, according to the statistics of the CSO, the territorial distribution of these 4.02 million cars is divided into seven regions. Unsurprisingly, most cars go far to the part of the country that includes the capital, which is in the center of the country – and the highways:

Looking at the center of the country, the situation was very similar in 2006, when it still accounted for one third of the total vehicle fleet. In the other regions, the three Transdanubia areas are outstanding: in these, the vehicle fleet increased by almost fifty percent, while in the Great Plain regions it was less than thirty percent.