The reopening of schools, a measured risk? “If we don’t reopen schools, we can’t let people go back to work” 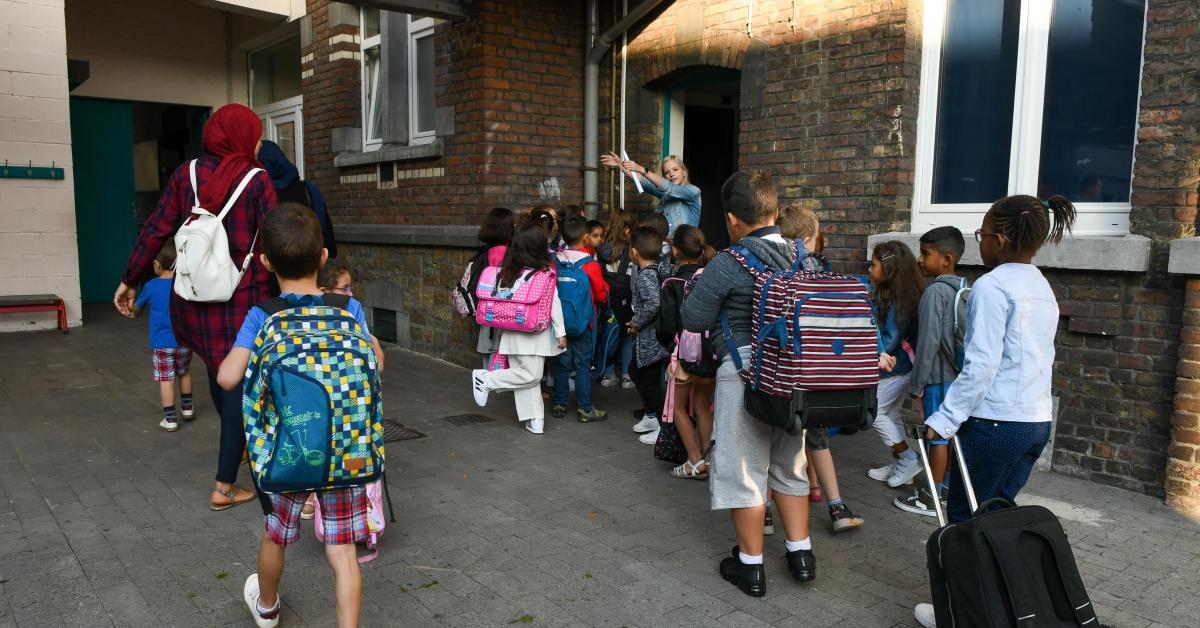 Schools will gradually reopen, from May 11 in France and Switzerland, May 4 in Germany, and April 27 in Norway. Right now in Denmark. What are the risks for children and teachers? What are the dangers of spreading the SARS-Cov-2 coronavirus in schools? Is the resumption of lessons likely to relaunch the epidemic before the summer period?

What are the risks for children?

When reported, the deaths of children from SARS-CoV-2 coronavirus strike public opinion. But these cases remain extremely rare.

In France, two deaths of minors linked to Covid-19 have been reported to date: a 16-year-old girl and a child under the age of 10.

The number of serious cases recorded among children under 15 represents only 0.6% of the total in France between March 16 and April 12, according to the agency Public Health France.

“Why do children have mild symptoms with little hospitalization?” I admit that today I have no answer, “epidemiologist Antoine Flahault, director of the Institute of Global Health at the University of Geneva, told AFP.

Several hypotheses are however put forward, revolving around the immune response of children.

The risk for young people of becoming seriously ill, by going to classrooms and recess again, therefore seems low.

What are the risks of dissemination?

Another question concerns the ability of children, while not or only slightly sick, to transmit the virus to their families or teachers.

The data on this subject is less clear, in particular because it is difficult to study the transmitting power of subjects who have little or no symptoms.

“The amount of virus in children is probably not that high, lower than in adults,” said Professor Jean-François Delfraissy, president of the Covid-19 Scientific Council on Wednesday, who informed the French government about the epidemic.

“There is a lack of data” on the ability of children and children to transmit the virus to their families, he added during a parliamentary hearing.

“Contrary to what we know with the flu where children are the main transmitters, it seems that with the coronavirus they excrete less virus”, according to Pr Odile Launay, specialist in infectious diseases at Cochin hospital in Paris .

Keeping schools closed while letting adults return to work would be nonsense in terms of family organization and public health, said Professor Flahault.

“The risk is that the children will be looked after by their grandparents and we just don’t want the grandparents to be in contact with their grandchildren,” said the public health specialist.

The most important country-wide screening to date in Iceland, tends to confirm that children play a small role in transmission. In one of the sampling campaigns carried out on the island, no child under the age of 10 had tested positive.

Resuming lessons can be accompanied by measures of “social distancing” and the wearing of masks for teachers and / or students, or even “right of withdrawal” for those who would feel most at risk, says Professor Flahault .

At the same time, going back to school will have beneficial effects “in terms of nutrition and access to education for children from disadvantaged backgrounds,” he argues.

Risk of recovery before summer?

If it turns out that children are weak disseminators of this virus, it is less the playgrounds than school trips that are to be feared, emphasizes pediatrician and infectious disease specialist Robert Cohen.

“School arrivals and departures are moments of encounter between adults. This may be what plays a role in the epidemic much more than the children themselves, “he said on France Info on Wednesday.

” One must know what one wants. If we don’t reopen schools, we can’t let people go back to work. Deconfining does not mean that we will have zero cases during the summer. We will allow social and economic life to regain some of its rights and hope to control the situation so that hospitals are not clogged up, ”says Professor Flahault.

PrevPreviousSeveral arrested in Berlin protest against restrictions
NextUS Montauban: a deficit of 1.7 million euros “predictable” at the end of the seasonNext
On Key