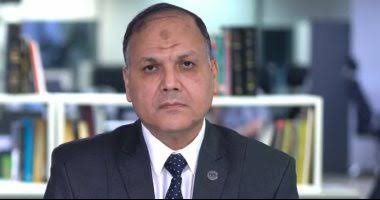 There is no doubt that the Romanian international, Istvan Kovacs, succeeded in confirming the control of the Khawaja complex over our stadiums, whether over players or technical equipment, through his management of the confrontation with Al-Ahly and Pyramids, which was held on Sunday evening, in the Egypt Cup competitions season 2020/2021, and ended Al-Ahmar won 2-1, to advance to the semi-finals of the tournament.

The referee intervened with the whistle and calculated 21 violations against the two teams in a good estimate, but he overlooked more than one controversial technical and administrative violation during the activities of the meeting, which witnessed commitment and obedience from the players and technical devices that helped him a lot in managing the match, although Roman Kovacs did not provide technical or physical performance Or the “disciplinary penalties” expected from the referee of a candidate to participate in the 2022 World Cup, and he dealt with the meeting with the utmost recklessness, and more than walking, and we did not see him follow the quick counter-attacks appropriately, so that he awarded a penalty while he is at least 30 yards away from it.

Also, the “VAR” was absent from many cases in which it must intervene according to the protocol; He did not interfere in the penalty kick of Muhammad Hani, nor in Ramadan Sobhi’s violation with El-Shennawy before the fake penalty kick that was awarded to Rami Rabieh in the 93rd minute of the match, which confirms the modest performance of the “VAR” duo, and proves with conclusive evidence that Egyptian arbitration is always a victim, It needs more confidence in our referees from the players, technical bodies and the media, in addition to impartiality, transparency and justice from those responsible for the arbitration system; Because this is the basis of success, but it remains to confirm that the players and technical staff appear like an ostrich with foreigners, while with our referees they appear as lions, and this is what has already appeared in the performance of the Romanian crew and the “VAR” duo.

In the end, we will not have a strong league without distinguished refereeing, especially after football has become a real industry affecting the economic growth of civilized countries.