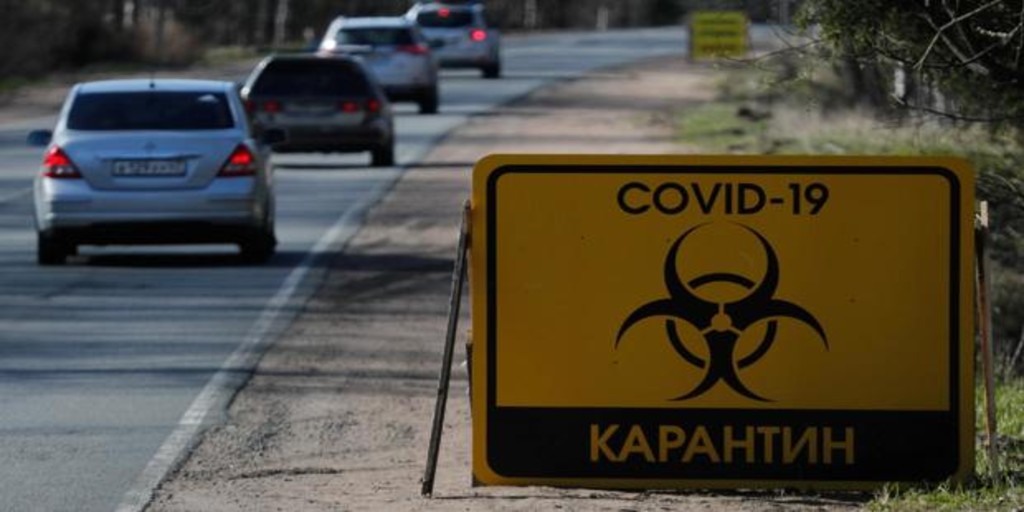 Russia already registers a total of 335,882 infections since the start of the pandemic and only 3,388 deaths from COVID-19, which indicates a very low mortality rate, if the official figures do not lie and if the criticized counting methods accurately reflect reality .

However, during the government videoconference on Friday, chaired by the president Vladimir Putin, the deputy prime minister in charge of the operation to fight the pandemic, Tatiana GolikovaHe admitted that his calculations “indicate that in May there will be a significant increase in mortality” caused by the virus.

Today, for the moment, it is not being like this, since in the Slavic country there have been registered 139 new deaths from coronavirus, which are 11 fewer than the 150 recorded on Friday, when the highest number of deaths was reached in a single day. In Moscow, too, the death toll has dropped, from 73 on Friday to 67 today, with a total of 1,934 deaths to date.

The Russian health authorities show in their official accounts only the deaths whose direct cause is the coronavirus, after carrying out the autopsy. However, in other countries they include all deaths of patients who tested positive, although the death may have been due specifically to another medical condition. Golikova, however, insisted yesterday that Russia “He has never concealed his mortality situation” caused by COVID-19. As he stated, “we conform to the demands made by the World Health Organization.”

What has increased from yesterday to today in Russia and also in Moscow has been the number of infected, although not critically. Throughout the country, 9,434 new cases have been registered, which represents a rebound of 540 infections above the figures registered on Friday, while in the Russian capital there have been 3,190 new infections, representing an increase of 202 compared to the day previous.

As for the number of people restored, in Russia it rose to 8,111 cured since yesterday, a number that is below 9,434 new infections and thus breaks the tone of recovery from the epidemic. The total number of registered in Russia reaches 107,936. In Moscow, still the main focus of the disease. However, the situation is somewhat better, the total number of patients cured in the city exceeds 47,000 after 3,831 new admissions, which keeps the Russian capital in the positive dynamic of more recovered than new infected, which today amounted to 3,190.

In his speech to the ministers, Putin confirmed this improvement yesterday, noting that “according to the objective information we received and the expert opinions, the general situation in the country stabilizes. Both in Moscow, the first to face the pandemic, and in many other Russian regions, the number of new daily infections is gradually being reduced. ” Although he regretted that the recovery “is not being as fast as we wanted.”