The Secret of Salah Rises After Mourinho kept it at Chelsea 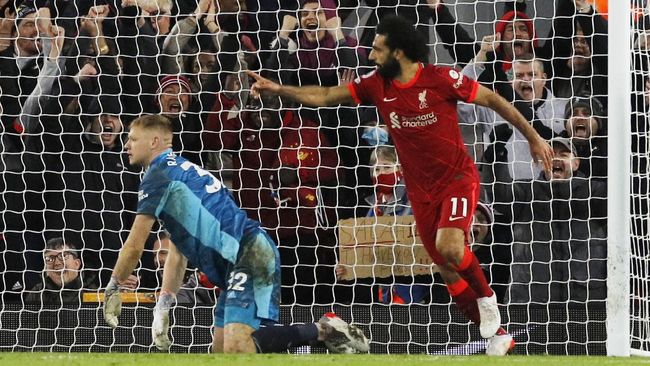 Mohamed Salah admits that the moment he had difficulty playing at Chelsea being coached by Jose Mourinho became one of the important points in his career as a football player.

Salah joined Chelsea at the age of 21. However, he struggled to get a chance to play so he ended up being a loan player.

Chelsea coach Jose Mourinho had many options up front at that time, so Salah often warmed the bench in his inaugural season in 2013/2014.

“The situation was very difficult for me from a mental point of view. I couldn’t handle the pressure that came from the media, as well as the pressure from outside. I didn’t play much at that time. I felt that I had to leave,” Salah told GQ. Mirrors.

Salah then maximized the opportunity to be a loan player at Fiorentina and AS Roma to prove his ability on the field.

After shining with Fiorentina and Roma, Salah was finally recruited by Liverpool. With Liverpool, Salah transformed into one of the best players in the world today.

In the last five seasons, Salah has become an icon as well as Liverpool’s goal machine.

“I had two choices: tell people that they [Chelsea dan tim pelatih] made the right decision by putting me on the bench, or proving them wrong. I feel like I have to prove they did something wrong.”

“The best moment a person can do is have a serious conversation with oneself. Just sit and drink coffee and then ask yourself what you want,” said Salah.

Mourinho himself had previously stressed that he was the one who asked Chelsea to buy Salah from FC Basel. This is proof that Mourinho recognizes Salah’s ability on the gridiron.

When Chelsea released Salah to Roma permanently in 2016, Mourinho was no longer the Blues coach.

“I want to work with him, make him better. But he wants to play and doesn’t want to wait. So I decided to let him go on loan, in the football culture that I know is to go to Italy,” said Mourinho.