Home » The situation in Klaipedos Mediena is very serious: after the explosions, one building has completely collapsed, there are still fires.
News

The situation in Klaipedos Mediena is very serious: after the explosions, one building has completely collapsed, there are still fires.

Residents said the company’s premises were on fire and smoke was visible. According to BPC representative Vilma Juozevičiūtė, it is known that there was an explosion in the building of biological treatment plants. The chipboard building also caught fire.

Rescuers from the area reported a second explosion in the same biological treatment plant building. Alleged to have tilted the wall dangerously, rescuers said the building was completely destroyed by blast waves.

It is said that about twenty employees of the company were blocked inside, people from the burning buildings climbed through the windows of the first floor.

The aim is to eliminate individual fires

16 hours ago Marius Garbenis, the head of the Klaipėda County Fire and Rescue Board, said that the main task of firefighters in the company “Klaipėdos mediena” now is to eliminate separate fire fireplaces.

“One building is completely collapsed, another is dangerously sloping and can collapse at any time because the walls have deformed. It is not clear how much damage is caused by fire and heat, therefore our main task is to eliminate the incident from the outside of the building without going inside, preserving the health of firefighters, ”added the Klaipėda County Fire Chief.

He could not say exactly how many were injured, but noticed that all the people had evacuated and there were no workers inside.

“If there was smoke, then in the same technological equipment, in the building itself, and then – wood chips; neither thick nor heavy smoke really spread outward. On the other hand, and residential neighborhoods tolokai, there is a distance of some, this is due to pollution I doubt. Of course, I am not a specialist, environmentalists appreciate it, but we were able to breathe freely, without breathing apparatus, near the scene, ”said M. Garbenis.

Injuries have been reported

Aurelija Maslauskienė, a representative of the Klaipėda Fire and Rescue Board, confirmed a little earlier that, according to the latest data, a total of 24 people have been evacuated from the building.

“A total of 24 employees of the company were evacuated from the building where the fire broke out and the firefighting work is currently underway, 8 of them were taken to a medical institution, and the condition of two people is known to be serious,” she confirmed.

The company is still figuring out what happened yet. Nikolai Ivanov, General Director of Delfi Klaipedos Medienos, confirmed that there are victims.

“The fire in the factory territory is being extinguished, the employees have been evacuated. There are affected people. The most important thing now is to take care of them. We are grateful to all firefighters and medics for their prompt response and assistance. We are explaining the circumstances of the event, “said the director.

A message sent a little later explains that thanks to the firefighters, the active phase of the fire has been overcome, and the specialists of the fire service are still on duty at the scene.

Read Also:  A Coruña will negotiate with the developer of A Maestranza to "cushion" the buildable area | Radio Coruña

“The investigation into the incident continues.

We already know that eight of our injured colleagues ended up in the hospital. We will provide them with all possible assistance, which is why we have already contacted the relatives of the victims. Our biggest concern now is people, “said the company’s director.

A firefighter spokesman said several of the victims are currently in ambulances. Extinguishing a fire is difficult.

“Currently, firefighting is taking place, about 20 firefighters are working. Lots of tanks. Complicated by the fact that the structures are unstable, there has been a large explosion, there is danger, and it is dangerous for firefighters. The wall is really sloping, ”Mindaugas Jovaišas, a representative of firefighters, commented to the media.

Edita Zdanevičienė, a representative of the Fire Protection and Rescue Department (PAGD), confirmed that from the said company at 12.39 p.m. a message has been received.

“According to the initial report, it is clear that an explosion has taken place and an open flame is burning in the building.

Currently, a large number of fire forces are concentrated, including 7 tank trucks and 2 mobile ladders. Firefighting work is underway, it is known that there were two explosions in the company’s premises and according to preliminary data, people managed to leave the premises, “she said.

“3 brigades went, it turned out that a lot of victims went, 3 more brigades went, four victims have already been taken to the hospital, two crews are in place,” said R. Pocienė. 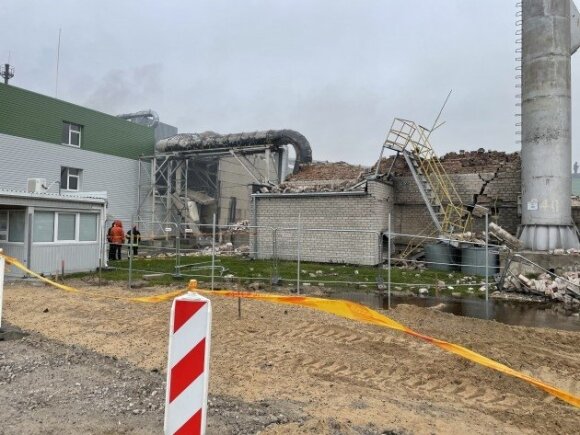 The General Assistance Center also reported on the incident.

“At the general emergency center, the emergency number telephone number 112 received a notification that Klaipėda city. sav., Liepų st., an explosion occurred and an open flame burned the building. 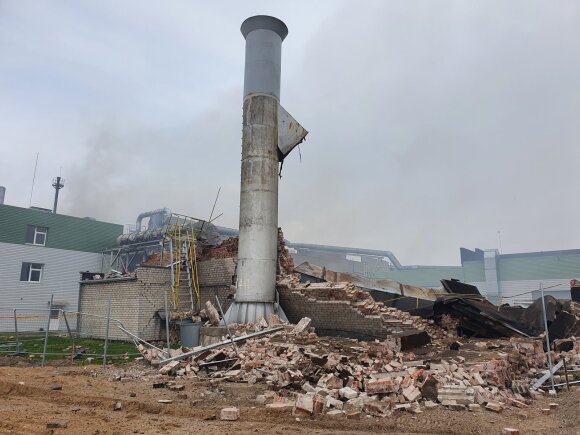 Sony partners with Discord and Microsoft announces enhancements to 97 titles

A smart robot to distribute “Zamzam” packages in...

The involvement of BREXIT in the Insurance Sector

Ayent – A man loses control of his...

Supporters of Fuerza Popular generated disturbances outside the...