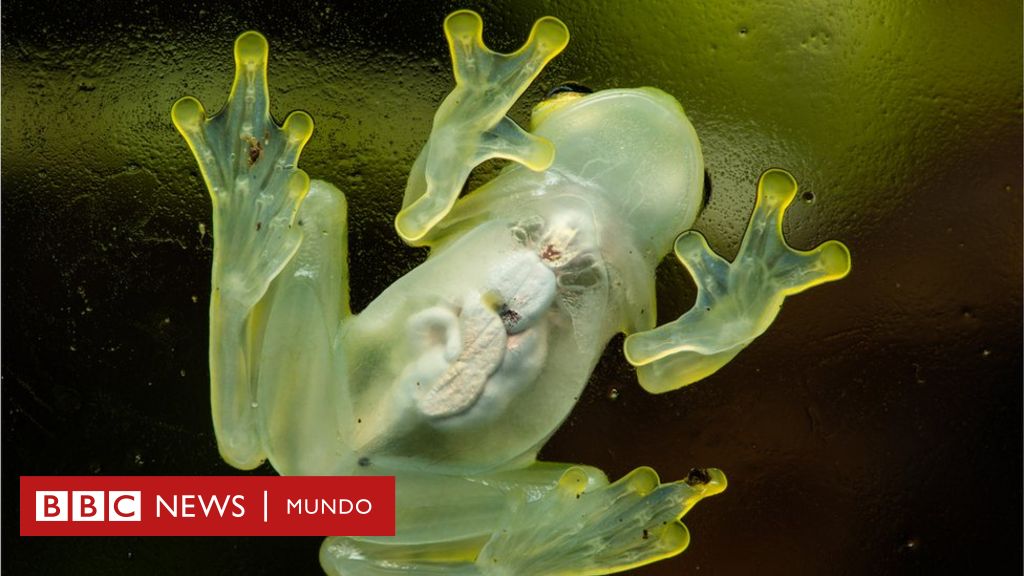 The mystery of how a particular type of frog has the ability to become practically invisible when sleeping could hold the keys to understanding the mechanisms of blood coagulation in humans.

It is the glass frog, of which there are about 150 species whose habitat extends from southern Mexico to northwestern Ecuador.

Science is familiar with this curious frog, but until now it was not known how it became transparent.

Through new research they discovered that these amphibians have the ability to concentrate your blood in a specific place in the body without being affected by clots.

The discovery could lead the way in advancing the field of medicine that addresses the dangers of clots, a serious common condition.

Two of the biologists who worked on the research, doctors Jesse Delia, from the Museum of Natural History in New York, and Carlos Taboada, from Duke University, in the United States, have been studying amphibians and, especially, glass frogs for years.

A few years ago they contacted another specialist from Duke University, Sönke Johnsen, an expert in optics and virtual ecology, to focus their attention on understanding the mechanism that allows frogs to be transparent.

The first observations began on the ground in Panama and then they went on to a laboratory work of about eight months that allowed them to have a good quantitative study and the measurements that led them to their discoveries, the scientists told BBC News Mundo.

About the size of a postage stamp, the glass frog spends the day sleeping on the bright green leaves of its habitat in the tropics.

To escape the attention of potential predators, the amphibian can make its body 61% transparentbeing confused with the leaf.

“If you turn these frogs upside down, you can see the heart beating in isolation. You can see through the skin and see the muscle, most of the body cavity is really invisible,” Dr Jesse Delia told the BBC.

These particularities allowed scientists to carry out their research in a practically non-invasive.

“As the frogs conveniently sleep on the leaves, we were able to place them in transparent boxes and make all the measurements without disturbing them, which is rare,” explained Dr. Carlos Taboada.

They projected light of different wavelengths through the animals while they were active, sleeping, and even anesthetized to measure their opacity.

“We found that, when they sleep, the frogs manage remove about 90% of red blood cells in their circulatory system” continued Dr. Taboada.

“Somehow they can pack up most of the red blood cells by concentrating them in the liver.”

The profuse network of capillaries called sinusoids allows the liver to nearly double in size, while the rest of the frog’s body becomes transparent.

Both males and females have the same capacity for transparency, except “during the breeding season, when the ovaries of the females fill with eggs that are opaque,” says Dr. Delia.

Blood plasma continues to circulate through the body of the frogs, but without red blood cells that are concentrated in the liver without generating a massive clot.

At night, when the animal wants to activate itself to hunt, reproduce or sing, for example, releases red blood cells back into circulation and the liver shrinks again.

Doctor Taboada explains that the frog is capable of coagulating blood when it needs to, in case of suffering an injury, for example, but without generating pathological coagulations.

These abilities involve biological mechanisms that not only allow frogs to decrease and add red blood cells throughout the body, but also allow them to survive when sleeping during the day with very low amounts of oxygen.

“The ability of this animal to not use its circulatory system for many hours of the day, in very high temperatures is impressive, it’s incredible,” Dr. Delia commented.

Knowledge of this phenomenon is still very basic, but researchers describe the ability to selectively concentrate and coagulate blood as a “superpower” that could lead the way to a better understanding of blood clotting in general.

In most animals, pooling of blood causes clots that can be fatalas when they generate heart attacks in humans.

“When we try to prevent clots (in humans) we must use some medication… but, at the same time, these medications can generate bleeding risks like those seen in patients with thrombosis,” says Dr. Taboada.

“Frogs in a way have some local anticoagulant or some biochemical mechanism – which can be complex or it can be simple – and we’re looking into what allows them to do that without compromising their normal coagulation,” he added.

But the researchers point out that turning their discoveries into practical or therapeutic applications in human medicine could take decades.

The research was published in the specialized scientific journal Science.