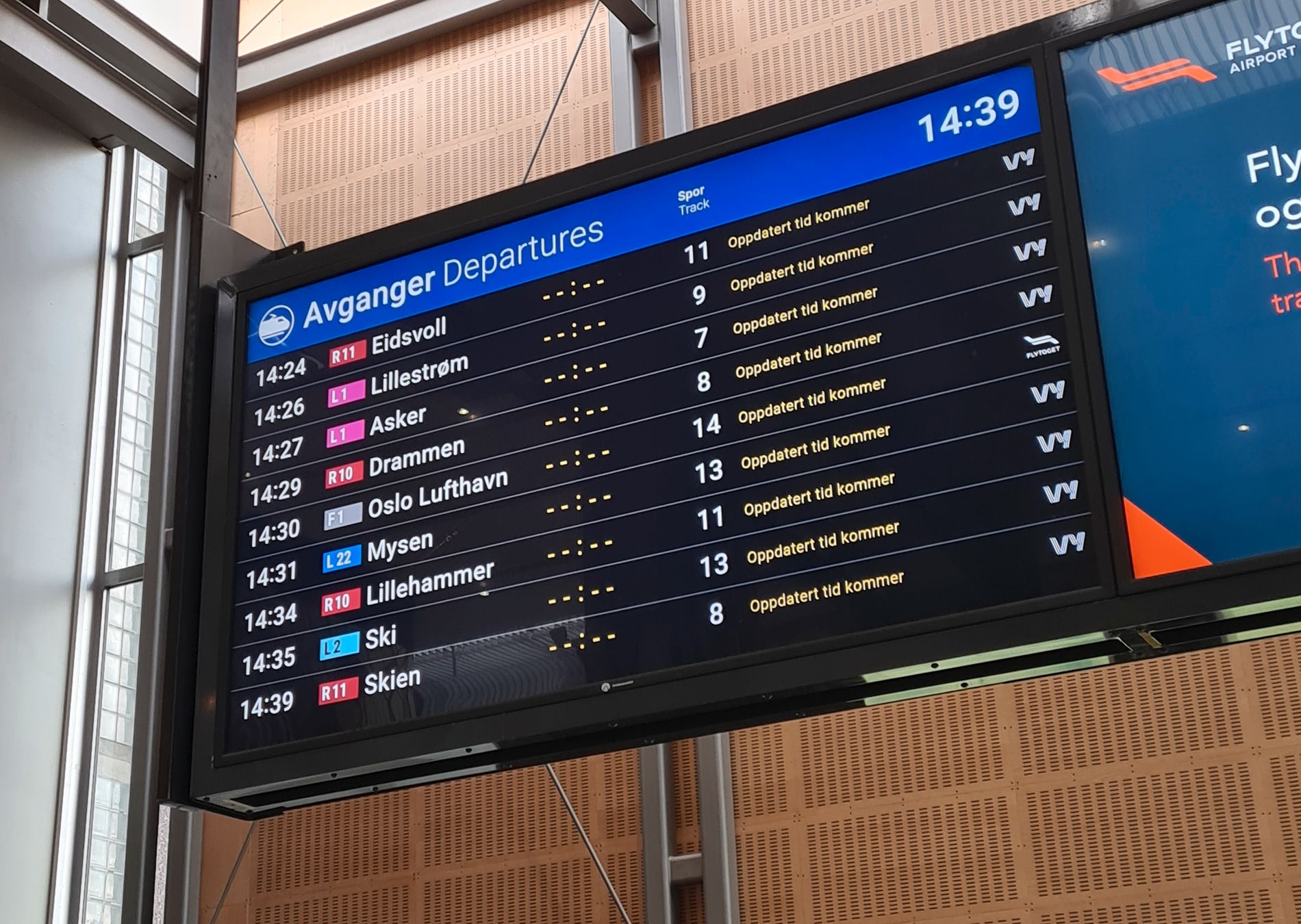 An error in the communication system between the trains and the train managers paralyzed traffic throughout Norway.

At 14.49, Bane Nor announced that the trains were running again.

– There has been a fault in our communication system, between the train managers and the trains. It is back now and all trains are running again, says press officer Mari Rjaanes in Bane Nor to VG.

However, they warn that you still have to reckon with delays and cancellations.

– Trains stood still for 10-12 minutes, so there will probably be some small delays until everything is taken again, the press officer says.

These were the affected train lines: