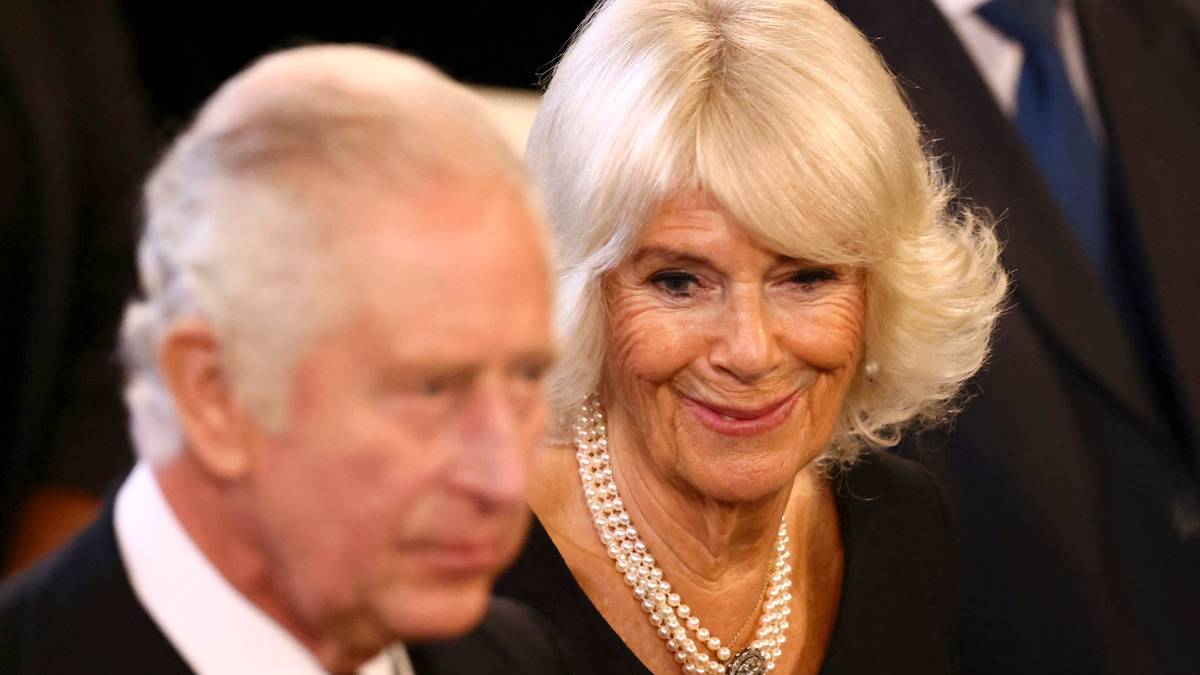 Once in the nineties, she, who was then called Camilla Parker Bowles, stood in line at the grocery store. It was not the easiest period of her life, to put it mildly.

In 1992, Andrew Morton had published the book “Diana: Her True Story”, in which Princess Diana, as Morton’s secret source, had accused Camilla of being the mistress of her husband, Prince Charles.

Ever since had reporters and photographers besieging her house. In 1995, she had been divorced from her own husband, Andrew Parker Bowles. And this day, in the grocery store, a strange man glanced down at Camilla’s shopping basket before saying to her: “Who’s going to pay for that, then? The taxpayers?”

One of the remarkable things is that Camilla has never spoken out, not against accusations from strangers and not against the characterizations from Diana. This natural discretion is more reminiscent of Queen Elizabeth and her reticence than Charles and Diana’s confessions in full public.


Despite being scoldedharassed and accused of ruining both Diana’s life and the monarchy’s reputation, she has never given an interview or felt any need to explain her side of the story.

What would Camilla say to all this? There really wasn’t much she could say. She had a relationship with the Prince of Wales. He was the one who paid for her living expenses.

Camilla had no education and had never been employed, and after the divorce she could barely afford to buy a house. Charles, who felt responsible for the situation she was in, supported her financially. It quickly became clear to all parties that this was an unsustainable situation. But it seemed unlikely that the two would ever be able to marry.

For large sections of the British people was Camilla the evil intruder, the other woman who had made Diana, the people’s princess, so unhappy. The prospect of a wedding went from being unlikely to seeming unthinkable when Diana died in 1997.


In a way, Diana, with her spectacular revelations, had welded Charles and Camilla closer together. If the feelings the two had for each other had gradually faded, secretly, they could have parted without ado. But Diana made them a couple in the eyes of the world too, in a way that changed both of their lives. Charles and Camilla didn’t just have a relationship, they were brought together in a community of destiny.

The chemistry had been there from the first time they met. It was the summer of 1970. Prince Charles of Wales and Camilla Shand were introduced by a mutual friend.

Camilla was relaxed and chatty. She came from a warm, cheerful family safely placed in the upper echelons of the British class system, and had grown up in the country, surrounded by horses and dogs, with hunting and outdoor life as natural pursuits. More poignantly, she was a descendant of Alice Keppel, the society beauty who had been the mistress of King Edward VII.


The relationship the two began at the time, did not last and Camilla married Andrew Parker Bowles instead. The marriage was not a happy one, and it was not many years before she returned to Charles’ arms. It is uncertain whether she ever left them – Diana was adamant that the relationship never ended, while her husband insisted that he did not resume contact with Camilla until his marriage had broken down.

It was typical of the frenzied interest in the British royals in the nineties, and the correspondingly brutal press coverage, that the future of the monarchy seemed to hinge on the question of when the Prince of Wales and his secret lover had jumped ship.


Camilla apparently managed to take it with humor. When she heard Diana refer to her as a “Rottweiler”, she started answering the phone with the words “this is the Rottweiler”.

The work to rehabilitate Camilla in the eyes of the world, it already began the year before Princess Diana died. Then Prince Charles hired spin doctor Mark Bolland, who quickly saw the potential to retell the story of the middle-aged couple and portray it as a Romeo and Juliet story about the two who could never forget each other.


After Diana’s death, he also controlled, through Prince Charles, what the press most wanted: access to Princes William and Harry. He made cynical horse-trading where he rewarded media outlets that wrote nicely about Camilla, with exclusive stories about the princes.

William and Harry felt used, calling Bolland “Lord Blackadder” among themselves. But the strategy worked, and already in 1999, Charles and Camilla appeared publicly as a couple for the first time, when they arrived at her sister Annabel’s fiftieth birthday party at The Ritz together. In 2005, they did what so many couples had done before them, but which had seemed so unattainable for just these two:

Now Camilla stands by King Charles’ side as Queen of England, without anyone seeming to raise an eyebrow.

She, who had never had a profession, has become a dutiful member of the royal family.

She who used to come straight in from hunting and jump into a ball gown without showering first, has been dressed up, coiffed and styled to cast a regal glow over any event.

Maybe it has to do with that Queen Camilla understood something central about the monarchy, which also to some extent has transfer value to other aspects of life: It is exhausting to be angry. It is demanding to be outraged for a long time. Time softens and calms down, and after a while people forget what they were so upset about.

Now they look up on the balcony of Buckingham Palace and see a graying married couple entering a new phase of life together.


As one elderly lady told the New York Times at Buckingham Palace on Wednesday: “I thought Camilla was the villain, but I’ve come to realize it’s more complex than that. They care about each other, and they can do a lot of good for the country.”