Home » Business » The vehicle market may collapse because of electric cars 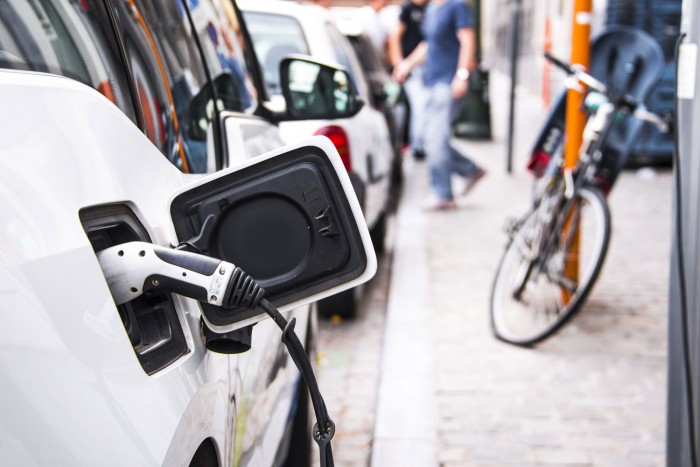 While more and more manufacturers are making a long-term commitment to the production of electric cars that are considered more environmentally friendly, there are problems with the affordability of new and even used models, and concerns about them are only gradually fading.

At one of Stellantis’ plants in France, Arnaud Deboeuf, the production director of the concern, fears the collapse of the car market, that is, the total collapse of sales figures, if electric cars become cheaper. “It’s a big challenge,” he added.

Stellantis plans to introduce about 75 electric models in the next decade, while converting several existing models to electric drives. At the same time, the company group would curb the constantly rising prices: the goal is to reduce production costs by 40% by 2030. For this purpose, it is also conceivable that the large company that also manufactures Fiats and Peugeots can produce some parts in-house in order to put pressure on the suppliers.

As Bloomberg notes in its article, the price of electric cars is rising at a “dizzying pace”, which of course can be attributed to the fact that the car industry has not even recovered from the years 2020 and 2021, which were made more difficult by the coronavirus epidemic, and the Russian-Ukrainian war that broke out in February as a result, raw materials became significantly more expensive.

According to the economic portal, Tesla raised the price of its cars by an average of 6,000 dollars last month, while Rivian and Ford already announced a similar price increase at the beginning of the year, which corresponds to HUF 2.3 million at the current exchange rate. “Increasing raw material costs are causing some battery models to become unprofitable,” John Lawler, Ford’s chief financial officer, told an investor conference.

The situation is particularly bleak in light of the fact that the European Union confirmed just this week that the member states support the decision that only electric cars could be put on the market as new cars from 2035.

There is therefore little more than a decade available for the transition, even though this pace seems too fast even for some manufacturers. According to Carlos Tavares, CEO of Stellantis, the decision-makers apparently “don’t care” whether the producers have enough raw materials at all, but the concern is trying to comply with the decision regardless.

Tavares explained that between 2024 and 2027, demand for electric car batteries could be higher, which could give Asian manufacturers an advantage over European ones, “risking” the performance of the Western world. Stellantis does not shy away from buying mines and producing energy with solar panels to ensure the supply of raw materials, for example in response to supply problems due to the Russian invasion.

The CEO also mentioned that there is no guarantee that all European factories will switch from internal combustion engine and transmission production to the production of electric car parts. As he emphasized, it depends on whether the entire car market holds up.