Home » There are “such people”
News

There are “such people”

Political scientists in front of “Trud”: Slavi’s people will not be able to hide the flaking

The parliamentary group may start swarming, according to Assoc. Prof. Stoycho Stoychev

The party was just a lighter

There is a real risk in the first days of the new parliament that a split will appear among the deputies of “There is such a people” and that factions in their group will quickly form. This was stated to “Trud” by leading political observers. “I expect factions to be formed in the parliamentary group at the beginning of the 46th National Assembly. This will be the more serious problem of ITN, because if one or two people leave the party now, after the parliamentary group is structured, I assume that it will start swarming, “political scientist Assoc. Prof. Stoycho Stoychev told Trud.

According to analysts, the process of peeling from ITN will precede the future disintegration of the formation, as in structural terms it is gathered mainly in Sofia and in some places is extremely weak. “People who are engaged by the individual regions for party activity by region are not very disciplined. That is why this type of phenomenon will not be a surprise “, observers commented to” Trud “. They also referred to the significant departure from ITN hours ago by the mayor of Madara Nedelcho Nedelchev, who was proclaimed by Slavi Trifonov’s people as a man who has been fighting for months to hold a referendum on the separation of Madara from Shoumen municipality. Nedelchev was a frequent guest on Slavi TV 7/8, but publicly announced that he would leave ITN today. “It’s time for something else, but it seems that ITN will not be the carrier, but only the lighter!”, Nedelchev wrote on Facebook.

“ITN has already received a yellow card, the next one will be red. They have no right to make more mistakes, “experts Parvan Simeonov and Alexander Hristov told BNR.

Read Also:  Mysterious death of a doctor in Meschede

Nedelcho Nedelchev, mayor of Madara and candidate for deputy of ITN, in front of “Trud”: For the people of Slavi our members are a herd

The project cabinet was made with external intervention

The mayor of the Shumen village of Madara, Nedelcho Nedelchev, was sixth on the ITN list in the Shumen region.

The vocal Nedelchev said that on Monday he submitted an official application for termination of his membership in ITN.

– Mr. Nedelchev, what is this broken promise by Slavi Trifonov, which made you decide to leave?
– The promise that we will not work with people from the status quo and with parties from the status quo. This is the main thing and the ITN confirmed that they do not comply with it, first appointing the Minister of two NMSS governments Nikolay Vassilev as Prime Minister and then at the next press conference they came out to defend him. This is inexplicable to me. You know in his time what happened. He was Minister of Administration and it doubled under him. And now we have to reduce it.

– This was declared a priority of the cabinet in its presentation by Slavi Trifonov. Or do you not believe that?
– No, I do not believe. Although it is claimed that he reduced the administration by 25,000. I made a reference to INFOSTAT, it turned out that this was not the case.

– But the proposal for prime minister for Nikolay Vassilev has already been withdrawn, and you are still leaving?
– Yes, because I do not expect to offer anything else. For example, I say – Meglena Kuneva. Who else to propose? .. I agree with our declared partners, so to speak, before the elections – “Democratic Bulgaria” and “Stand up!” Get out! ”That the best option is to keep the office as a regular one.

Read Also:  A COWORKING SPACE IN THE NEW IDENTITY BUILDING

– Has the cabinet, announced by Slavi Trifonov on his television, been coordinated with the governing bodies on the ground, with the members or did you hear it on the day of the announcement?
– I say firmly and categorically – it was not agreed! I doubt that even at the highest level in the party, this proposal may not have been agreed. I have never been a member of any other party, and I do not intend to be anymore, because the parties must serve the people, and in Bulgaria the opposite is true.

– You were on the 6th place in the list, you have the most preferences – 435, and it was said that it is forbidden to work for a personal vote, even if declarations are signed …
– There are no such declarations, preferences have not been banned, but it was obvious the disapproval of the leadership of this thing. The management of ITN made it clear that the candidates were not allowed to work for preferences. In this way, the party tried to circumvent the Electoral Code, which explicitly states the possibility of a preferential vote. After my first publication in the media, in which I announced that I was fighting for preferences, they cut off all contact with me, or looked at me askance if I appeared at election meetings.

– And do you have the feeling that someone else is conducting from behind what will happen, and not the very figures we see, or is it too much to say that?
– You have grounds for your question, because Nikolay Vassilev admitted that he worked with the party leadership 3 months ago. How do these things happen if there is no outside interference? Maybe there is such a thing. I tried to justify them to myself, to explain this behavior by the fact that they are a new party. But you can hardly justify the arrogance and arrogance towards the voters, towards formations that should be our partners and even towards our own members. There are two types of people in ITN – political leadership and an expert team. And the members of the party are obviously a herd that must blindly believe in the political leadership and the experts, and applaud them. And to pay the membership fee. 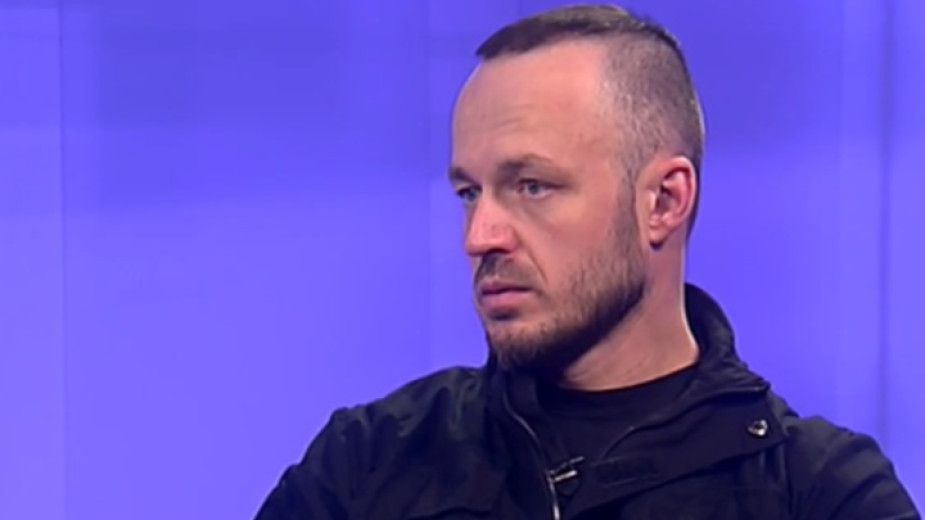 ITN began to “age” quickly in his short political life and besides, Slavi Trifonov does not have the charisma of the Tsar, nor this authority. ITN is a bit like NMSS, but it is rather a pale copy of it. The sensation they are trying to make is only in their television and in their heads. ITN was “exhausted” before they received any tangible results. Neither victory gives them grounds for this type of attitude, nor the social situation. They behave arrogantly with their partners, with journalists, with their own members. Purely organizational and personnel, the party has a serious deficit. The resignation of Madara Mayor Nedelcho Nedelchev from the party will not be the last. It is still difficult to talk about disintegration, but there will be serious centrifugal processes in ITN. The ban on preferential voting, which is actually the idea of ​​a majority system, has been blamed on ITN. They themselves fear that the people on the lists will not observe party discipline if they enter parliament.

Hot alert, the ‘red’ sticker is triggered for...

Prepare This Document in the 2021 CPNS Refutation...

NICE: The Nice Foundation is recruiting a nurse...

Weather, it is hot alert: here are the...