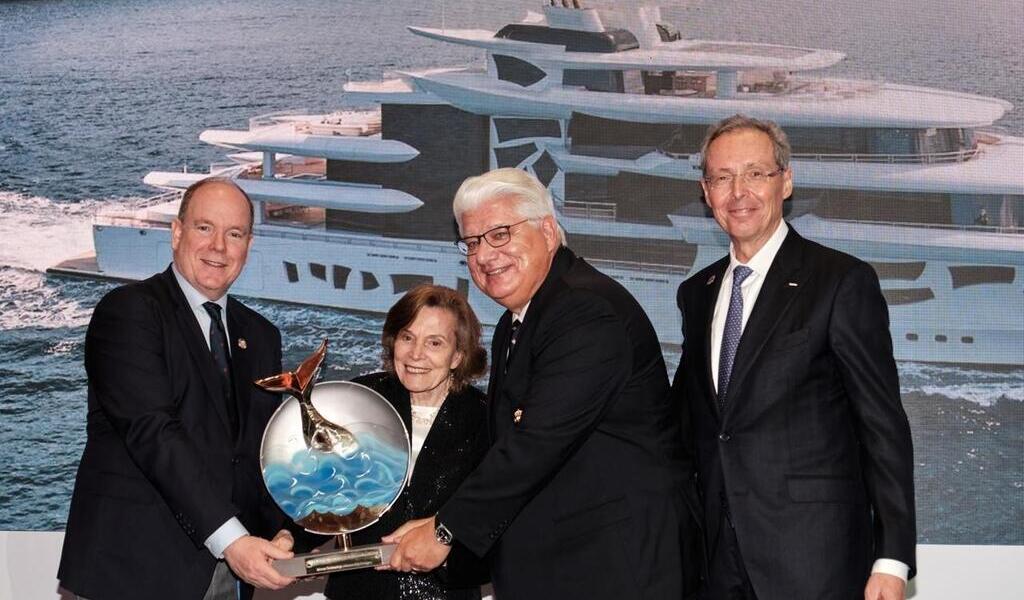 In Monaco, for nearly ten years, the small world of very large yachts has taken care of its image. In the principality, which wants to be the yachting capital of tomorrow, Monaco Ocean Week ends today, Saturday. It is an opportunity to reward three super-yacht owners for their commitment to preserving the marine environment, both through the design of their yacht and the way they use it.

The three prizes, Technology and Innovation, Mediation and Science and Ethics and Behaviour, were presented on Thursday 24 March by Prince Albert II and the no less famous American explorer and oceanographer Sylvia Earle, on behalf of the Monegasque yacht club. But what is so special about these yachting giants?

Dragonfly fly to the aid of the victims

This 73-meter yacht built in 2009 in Australia has a second life when its owner is not using it: it sails in Vanuatu, an independent archipelago neighboring New Caledonia, and serves local populations. Which earned him the Ethics and Behavior award.

It all started when the islands were devastated by a cyclone in 2015, explains the captain of Dragonfly receiving the trophy. We were the first boat capable of bringing humanitarian aid on site with fresh water and basic necessities. Then we fell in love with these islands and their people.

Obviously, there are more unpleasant places to navigate and maintain your skills…

The “Dragonfly” super-yacht is equipped with a helicopter spot which allows it to carry out its humanitarian missions. © YouTube Capture

We can be a Gene Machine and not sulk his pleasure

We do nothing without trying to find out what it can teach us about the world, explains Bonnie Rothberg when she received the Explorer “Science and mediation” prize on Thursday in Monaco. With her husband Jonathan, inventor of a human genome sequencing machine, she chose to equip her Gene Machine laboratories to accommodate scientists.

And as the design of the luxurious 55-meter yacht does not lend itself well to certain outdoor work in contact with the ocean, it is now accompanied by a 50-meter support vessel, the Gene Chaser, equipped with “wet” laboratories. Together, and in the company of other scientists, the two biologists devoted most of the years 2020 and 2021, on their boat, to developing a new type of rapid test for Covid-19.

The “Gene Machine” super-yacht in Svalbard (Norway) in 2017. © MyGeneMachine

With its 80 meters in length, Artefact is the largest and most recent (2020) of the three award-winning yachts. Its very original design is accompanied by an innovative energy production system which earned it the Technology and Innovation prize: it is a hybrid yacht capable in particular of operating on its lithium batteries.

A fuel-efficient system that allows her to be one of the first yachts in the world to comply with the latest regulations limiting pollutant emissions from the International Maritime Organization, IMO Tier III.

The “Artefact” hybrid super-yacht built by Nobiskrug in Germany. © Nobiskrug