They found 200 spines strung on reeds. “Death was not the end”

Home » World » They found 200 spines strung on reeds. “Death was not the end” 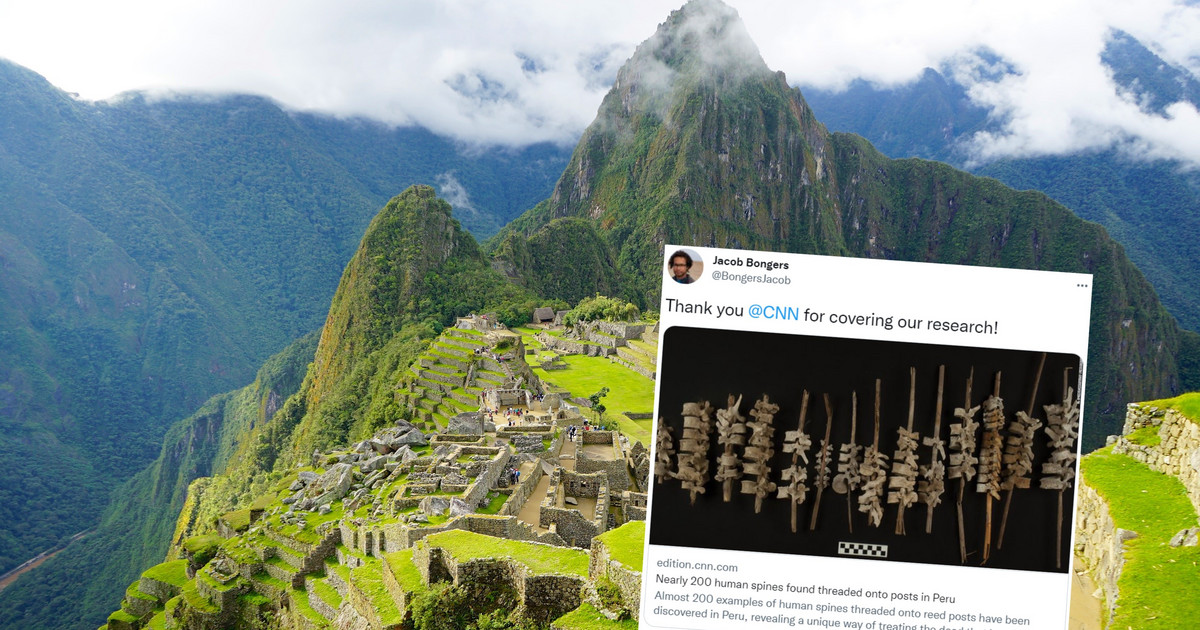 An international team of scientists working in the Chincha Valley on the South Coast Peru he found “circles on sticks” in large traditional graves known as “chullpas”. The research on them was published in the archaeological journal “Antiquity”.

Scientists believe that these artifacts were created between 1450 and 1650, i.e. during the fall of the Inca civilization and the domination of European colonizers. Jacob L. Bongers, the lead author of the study, also says it was a time in the Chincha Valley when “epidemic and famine decimated the local population.” As European colonizers entered the region, the population shrank from over 30,000. households in 1533 to only 979 in 1583. In addition, the colonizers plundered the graves of the local people.

“The plunder was primarily aimed at acquiring grave items made of gold and silver and went hand in hand with European efforts to eradicate indigenous religious practices and funeral customs.” — Bongers reported in a press release.

So found by archaeologists the spines may have been an attempt to repair the damage done by the colonizers and to put the remains in order — as scientists have established. “These” circles on sticks “were probably made to reconstruct the bodies of the deceased after the grave plunder” — said Bongers. “Death was not the end here. What we are seeing here is a long-term commitment to the lives of the dead. European colonialism does not stop local people from contacting the dead ” — added.

According to research, the indigenous people of the region developed the first known mummification techniques thousands of years before the ancient Egyptians practiced this ritual.