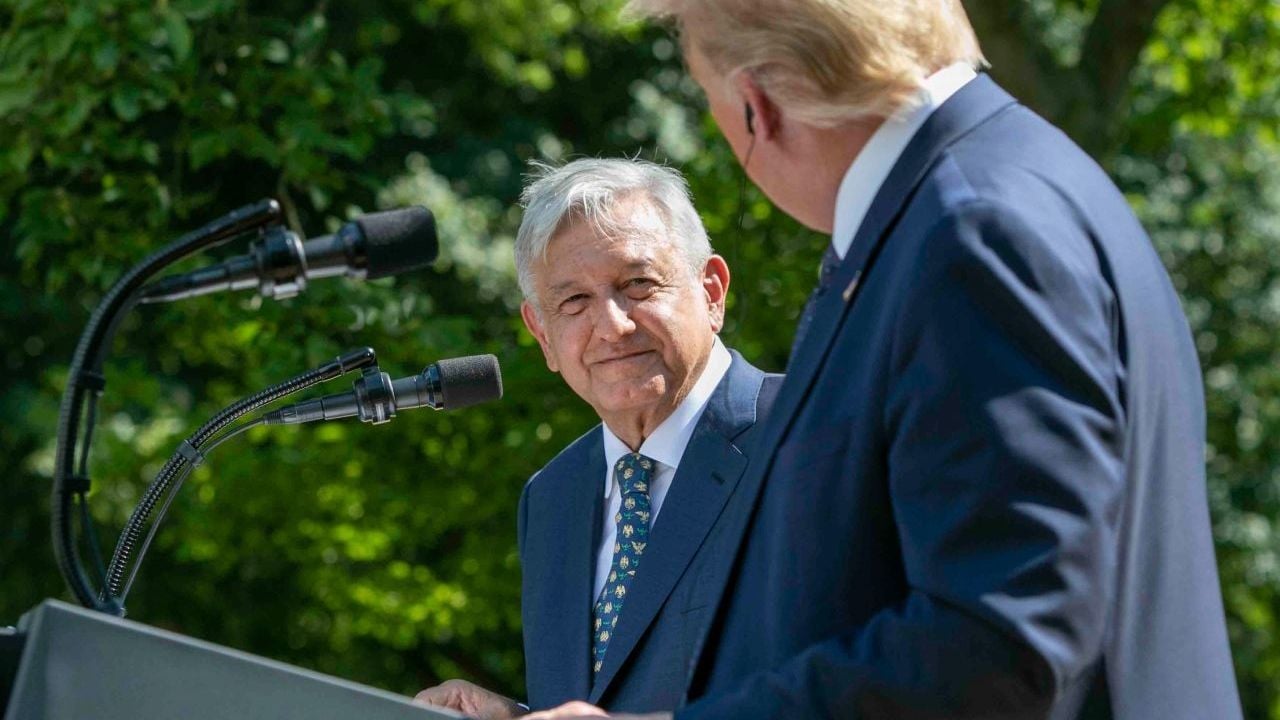 President Andres Manuel Lopez Obrador (AMLO) revealed this Tuesday the “pact” that he established with his former counterpart in the United States, Donald Trump: not to touch the issue of the wall.

In this way, he exemplified that when he visited the White House to sign the Treaty between Mexico, the United States and Canada (T-MEC) he asked the then president not to talk about the border wall.

“Without us talking about it directly, he knew that he was not going to touch on the issue of the wall while we had a relationship and he did not touch on it. It was one of the reasons when I went to the White House to sign the treaty,” he said.

He also added that during his administration he maintained a diplomatic and respectful relationship with Trump.

“It was very interesting because President Trump has a sense of humor, and we finished the whole day (the agenda) and the issue of the wall was not touched,” he said of their meeting at the White House.

Will AMLO support Trump in the next elections?

In the face of ever closer elections in United States, López Obrador He pointed out that he is ‘we will see’ his support for former president Donald Trump, and issued a warning: he will not support those who are against migrants.

When questioned by a reporter about “reaching out” to the former president of the neighboring country, AMLO pointed out that “at the time we will see it, it is a substantive issue.”

On the other hand, he highlighted his support for his counterpart in the US, Joe Biden.

“I am with him, so much so that I sent him to tell him that not because of my absence it will be interpreted that I am helping those of the Republican party. No, in no way. I am going to be more and more clear, whoever is against of the migrants, they will not have our support,” he said.

Likewise, he reiterated that he understands his counterpart Biden’s decision not to have invited Cuba, Nicaragua and Venezuela to the Summit of the Americas.