Tool shed burned out in Drochtersen – police are looking for witnesses 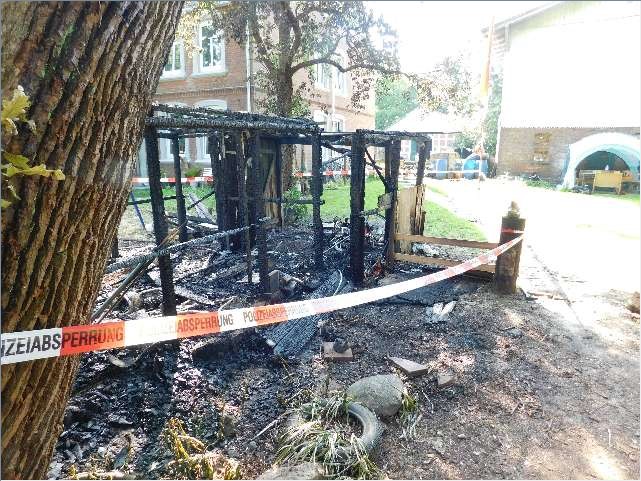 city At around 10:35 p.m. on Monday evening, a tool shed caught fire on Ritscher Strasse in Drochtersen for reasons that were previously unknown. A resident noticed the fire and immediately called 911. A tree near the shed was also damaged by the fire. The rapid advance of the fire brigades from Drochtersen, Assel and Drochtersermoor prevented the fire from spreading to the tree. However, the shed with two bicycles and tools inside was destroyed in the fire. Police officers took up initial investigations on site and confiscated the scene of the fire. Further checks by the Drochtersen police station could not rule out arson. The investigators from Drochtersen are now asking if anyone can give any information about the fire and will record it by calling 04143-912340.