Trenord, twelfth strike on the way: the fault of a disastrous management

Home » News » Trenord, twelfth strike on the way: the fault of a disastrous management 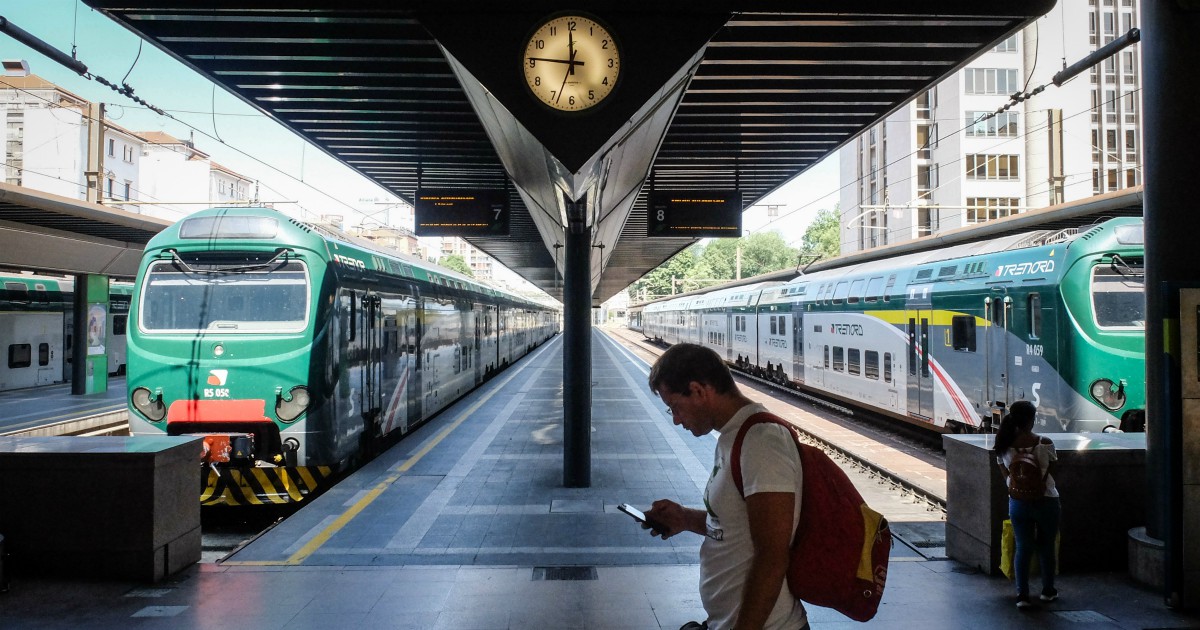 A new 24-hour strike is scheduled for Sunday 15 May on the Lombard network of Trenord. It will be the first of the year, but the twelfth since the beginning of 2021 between those of Trenord railway workers and those of FNM and RFI employees, who manage the network.

The company made it known with a very concise statement: “On Sunday 15 May a strike by the mobile railway personnel of the Trenord company is scheduled, called by the abbreviations Rsu 1A and 1B”. It is not specified which are the trade unions that organize the agitation, but we speak generically of unitary trade union representatives: even sifting through the Internet 1A and 1B they are impossible to identify. Impossible therefore to know who called the strike and why.

Why is a public company controlled by the Lombardy region don’t feel compelled to provide explanations to users (half a million passengers a day)? Perhaps the management, in addition to being seriously deficient in the management of railway services, is also unable to manage trade union relations?

Transport, February 25 is a national strike: possible inconvenience throughout Italy. Here are the guaranteed bands for Milan, Rome, Naples, Turin

At the end of a difficult search, it turns out that this is the eighth strike, from March 2021, called by the unitary trade union representatives of Cgil, Cisl, Uil and Orsa, all proclaimed for the same reason: Trenord’s “Dispute shifts of escort and conduct staff”.

The company born from railway federalism it is the most riotous in Italy, given that in the other regions (all managed by Trenitalia excluding Emilia Romagna) local disputes cause a maximum of two or three strikes per year. We are well beyond the physiological of trade union conflict and worse than public employment bargaining.

Trenord, unable to produce decent servicesis also responsible for the worst industrial relations more views in a transport company, even worse than those of Trenitalia. A sick company, devoid of any organizational flexibility, turns out to be a ball and chain for the development of sustainable mobility in the region with the most polluted air in Italy.

The very recent renewal of the national contract of railway workers (one of the few categories that have obtained the renewal), which contains an increase to the average level of 110 euros and a “one-off” of 500 euros for the year 2021. Not even that – signed by Filt Cgil, Fit Cisl, Uiltrasporti, Ugl Ferrovieri, Orsa Ferrovie and Fast Confsal – of the company contract for the staff of the FS group (which includes Trenord employees), which provides for an increase of 200 euros per year on health welfare, the increase in 1% per month to be paid by the company of the quota allocated to the supplementary pension and a performance bonus for 2021 of 850 euros.

The persistence of this conflict between Trenord and the RSU is incomprehensible, and only commuters on what is the largest regional railway network, but also one of the worst in terms of quality, suffer the consequences. Suffice it to say that punctuality in 2019 in Lombardy was 84.4%, while in the other regions it was also reached 90%.

Milan, Friday 3 December the Atm metro, bus and tram go on strike. Ugl: “Against the obligation of green passes and free swabs”

Not only that: Trenord is the regional railway with operating costs taller of Italy. Yet when the president was born in 2012 Roberto Formigoni had announced maximum punctuality, comfort, “innovative trade union relations” and operational safety. What awaits the president of the region Attilio Fontana to intervene? It is possible that he does not care about the good performance of the regional railways to the point of tolerating management disastrous and very expensive by an overpaid management? Consociation does not pay on the level of services but only on that of consent.

If managerial responsibility is evident, even the trade union responsibility cannot be overlooked. Not only because it seems to have gotten out of hand with the regional structures, but also because all the unions had been a to bless the new railway company, also approved by all parties. It is clear that interests him corporate prevail for both parties in the game given the “regulatory” nature of the dispute, that is the question of the transition from the manual management of the shifts of train drivers and capitreno to a computerized one (Arco) cost 6 million euros and unused for 10 years.

Despite the conflict, however, soon everyone, the company and the unions, will agree to renew the Trenord service contract for another ten years from 2023, with direct assignment (therefore without tender). And all parties they will approve again this decision which conflicts with European indications. For the competition – which has relaunched public transport throughout northern Europe in the last twenty years – there will be a lot of waiting, risking that the number of commuters will decrease rather than grow as it should also to respect the objectives of the transition ecological.