Tristesse in Turin: Red Devils give up 2-0 lead in dramatic second half and experience new nightmare against France | Instagram VTM NEWS

Home » Sports » Tristesse in Turin: Red Devils give up 2-0 lead in dramatic second half and experience new nightmare against France | Instagram VTM NEWS 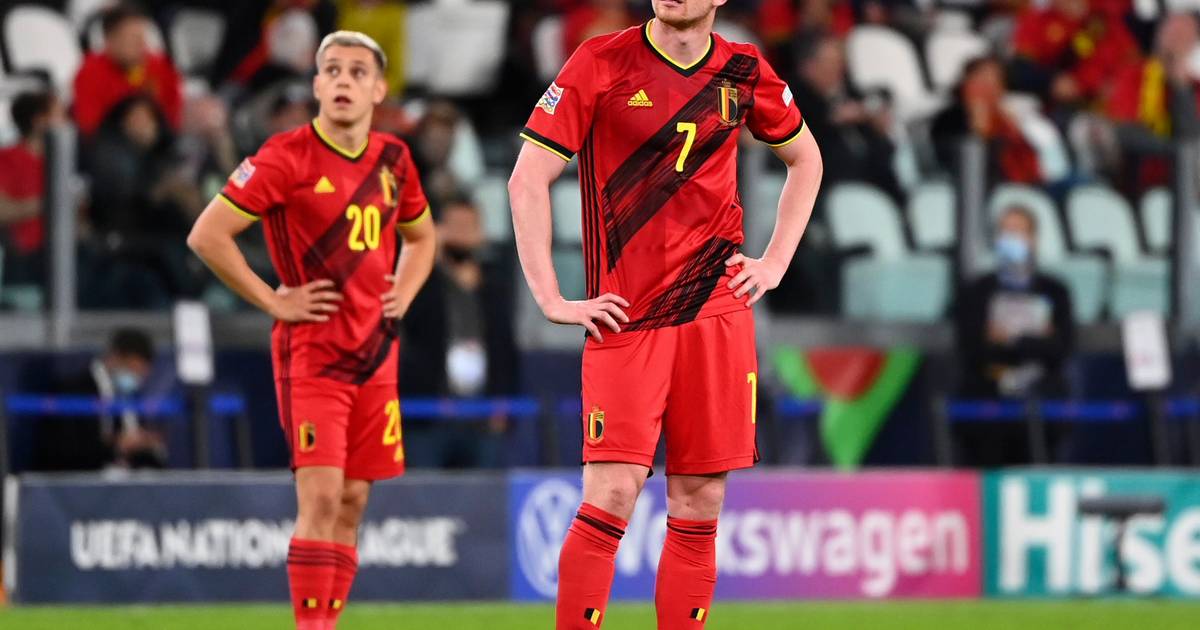 You can say a lot about the (nonsense) sense of the Nations League, but with this Final Four you at least have the impression that it is about something. Not a superfluous number against eleven nobody’s from Kazakhstan, but a clash of neighbors against that annoying France. Opportunity to settle an open account. Match for the lore. We just didn’t know beforehand that it would be such a sour one. But still: at least a match from which conclusions can be drawn.

The first conclusion is the least surprising. Just a confirmation. Of the absolute top striker that Lukaku is and will undoubtedly remain for a few more years. How Romelu held and passed the ball with a seasoned all-winner like Varane in his back or occasionally fooling around with Koundé, one of Europe’s greatest talents, was sometimes simply hallucinatory. His goal, the 2-0 just before the break, was the icing on the cake. Or, in this specific case: the cocktail sauce on our pack of fries. Again: after 97 minutes it suddenly tasted bad. But that goal: great dummy on De Bruyne’s pass, Lucas Hernandez into the woods, the finish high in the ropes from an oblique angle to leak thumbs and fingers from. His 68th international goal, his tenth in the Nations League. Unfortunately, number 69 would be very short-lived: in the final minutes he tapped in the 3-2 cross on Carrasco, only to be narrowly flagged. You can build on this Lukaku. Always and everywhere.

Another positive: on the left wing we are in good shape. After Thorgan Hazard retired, Yannick Carrasco also proved to be an added value. Finding the opening against the low block with which the French unpacked: by no means everyone. With a slide in the short corner, he surprised Lloris (1-0). Again with an assist from De Bruyne. He may not be in top form yet, but this KDB is making the Devils tick. And our defense also scored points in that first half, with a long excellent Denayer who called Mbappé to order several times.

But what a difference from the second half. All the good things from before the break suddenly go in the trash. Where was our experience? The French were forced to attack and then these Devils turned out to be very vulnerable against a top team. Italy ‘revisited’ at the European Championship. Especially when Benzema unpacked with a world goal. On an assist from Mbappé, I found the hole past Courtois between a bunch of Devils. It also didn’t help that Tielemans played a dramatic match. His frequent loss of the ball did not go unpunished. When Youri wanted to recover, he made a slight but clear penalty foul on Griezmann in the repetition. The video ref unrelenting. Tielemans was replaced immediately afterwards by Vanaken, who should have relinquished his place. The darkest night of his career. And it wasn’t that Belgium hadn’t been warned. Griezmann already missed an imposed chance.

In the final phase again a blueprint of this true nail biter. Lukaku’s 3-2 that was rejected, after which Courtois on the other side had no chance for a third time on a hard hit from Theo Hernandez. No, we will not win this Nations League either. This way the glass is definitely half empty instead of half full. And it shouldn’t have. But a dose of bad luck and an individual blunder by Tielemans killed the Devils. Sin. And how that hurts.