“Trump wants to make it clear to his rivals that if they betray him, they will pay a very high price”

Home » News » “Trump wants to make it clear to his rivals that if they betray him, they will pay a very high price” 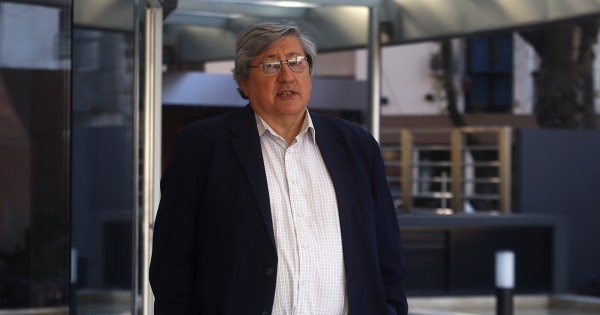 Felipe Noguera has 40 years of experience as a consultant, worked in most Latin American countries, lived in the United States and has been closely following US politics for a long time. He was the first Latino elected as president of the International Association of Political Consultants (IAPC) and founder of the Latin American Association of Political Consultants (Alacop). With Joe Biden’s low approval ratings and inflation hitting like never before in four decades, Donald Trump remains the leading figure in the political battle. Noguera analyzes the current moment, says that the great crisis that Trump’s irruption represented in the Republican Party still dominates the scene and affirms that today the Republicans are divided between the Trump supporters and those who do not want him, but are afraid to confront him. “We’re looking at a kind of shadow primary or bicary primary. It looks like it’s the primary for Congress but it’s actually very much like the primary for president,” he says.

In these primaries, Trump decided to support his own candidates in states like Ohio, Nebraska, Pennsylvania and Georgia, where he wins and loses. What are you looking for with this support so determined and without guarantee of success?

The first thing I would say is that Trump is not like many other former presidents who disappear and want to return as statesmen. In the United States, former presidents often set up their library, their think tank and get involved in causes without risk such as building homes or helping in international conflicts. The prime example of this is Jimmy Carter, who many think was a lousy president and is the best ex-president the United States has ever had. Trump clearly does not see himself in that role. I wouldn’t be surprised if he also has some kind of legal strategy.

What do you mean?

With the different problems that he may have, the more power he has the better because nobody is going to want to mess with him. My suspicion is that his case is that of the former presidents who are still in the fray because otherwise they are eaten alive. But he also has that almost megalomaniac thing of believing in himself so much that maybe he wants to be a candidate again in 2024. In politics, your electoral performance has two components. One is your electoral ability and the other is your ability to make others lose. So maybe his rivals are afraid that he will make them lose. Because he can hurt you if he puts a third candidate who takes some votes from you. My interpretation is that there is a certain opportunism in Trump for things that he did and that at this moment prove him right, such as his energy policy decisions that Biden reversed and now cost the country because of the war in Ukraine. The same can be said of his Twitter account: they left him a year and a half without Twitter and he’s still there. That’s why I say Republicans need to think twice before picking a fight with him. And I think that’s what he wants.

In Georgia, Trump took on Governor Kemp only because in 2020 he did not support his fraud allegations but exposed himself to a huge defeat: his candidate lost by 50 points. Isn’t that too expensive a price to pay?

If you do a strategic analysis, Trump’s message goes beyond Georgia. All Republicans who see him can think: if Trump is capable of getting into a state where he can lose by 50 points, then he is capable of anything. Trump wants to make it clear that if he is betrayed, he pays a price. And that works because many Republicans are holding back. They say “well, if Trump doesn’t run, I’ll sign up. If not, what for, he’s going to destroy me.”

In addition, there is another aspect in which he was very consistent. As during his presidential campaign he had fought with all the Republican conservative candidates whom he defeated, later to win over those sectors, he made a very strong commitment regarding the appointment of judges, not only in the Supreme Court but in all sides. He appointed an infernal amount of judges and that is going to have an effect for years or decades. That also prolongs the power of it.

The case of Trump is that of the former presidents who remain in the fray because otherwise they are eaten alive. In politics, your electoral performance has two components: your electoral ability and your ability to make others lose.

The novelty of these primaries is that they not only collide with the establishment but now also with their former collaborators such as Mike Pompeo in Pennsylvania or Mike Pence in Georgia.

It’s true. There are people who knew how to take it, who put up with Trump but trying to make certain differences and they are people who now want to make a certain profit. I think Trump doesn’t like that very much. Pompeo is a politician who wants to be president without a doubt. He was number 1 at West Point, he was at the CIA, at the State Department, he was a deputy, he was one of the leaders of the House, he made a spectacular cursus honorus. He pence he is not very prominent, but in the United States the vice presidency always launches you to at least try to be president. There is also the case of Nikki Haley, the former governor of South Carolina who was his ambassador to the United States and resigned without confronting Trump. She can be a candidate for vice president or president. Then there is Kellyane Conway, the White House pollster, campaign manager and chief adviser, who left a few months before the end of the Trump presidency because she just couldn’t take it anymore. It would be very good for those kinds of people if Trump ran away to say I’ll take it, but here I am. Of that group, Pompeo and Nikki Haley are the most notorious. But of course Trump does not bank that no one wants to grow up next to him.

The Republican candidate can only appear if Trump steps aside, or could he also be someone who grows against Trump?

Yes, I think someone could be against Trump. This time, in addition, his rivals have the lesson of 2016 on the table, when they were fighting him one by one, they were around 16 and they all lost. Now, it may be that some expect him to step aside but others may say: let’s put together something well organized and, even if we lose, we already leave something well planted for the next stage. Those may be recognized in the future as those who began to put together post-rumpism.

All Republicans who see it can think: if Trump is capable of getting into a state and losing by 50 points, then he is capable of anything. And that works because many are saving.

The drop in Biden’s popularity and the unpublished inflation figures give outside observers the impression that Trump is all set to come back.

In the history of the United States, there is only one president who was defeated when he ran for re-election and then won an election, Grover Cleveland, in the late 19th century. There are people who are re-elected and there are people who leave and come back, but there are no people who are removed for the vote and return for the vote. In Argentina, there is another case that the votes take out and now he wants to return, which is Macri. So Trump and Macri are both trying to do something that has hardly ever been done. Because one thing is that you leave and another thing is that you have been thrown out with the votes.

Among the Republicans, no candidates have yet emerged who express their ambition to run for the presidency. Only De Santis shows interest and, even weakened, Trump’s seems to continue to be an exclusive leadership.

Still missing. Many wait to prevent Trump from pulling against them. I do not think that some of those who ran against Trump in 2016, like Ted Cruz and Marcos Rubio, have abandoned their aspirations. They are very young people. We have to wait.

He said that Trump stood up to the party establishment and succeeded in transforming the Republican Party. Regardless of whether he is a candidate or not, do you think that the transformation that he produced in the party will survive him?

Some of what he removed will outlive him, but I don’t see him anointing an heir. Of the transformation that he does, there is an important part, which might survive. But there is also a part that is simply disruptive. The Republican Party has at least two components: one that is more religious or conservative and another that refers more to what they call a Republican Rockefeller, more socially liberal, more open to the world. They have a big division between the supporters of globalization and those of the closed country. Trump breaks both molds but does not establish a third mold. What he does is break with a party that was beginning to resemble the Democrats. He says enough of political agreements and state regulation. He says protectionism, not so much trade with China and many today agree with him saying he looks at the mess we are in for having limited ourselves in our energy sources when we had to grow with fracking and shale gas.

Pompeo is a politician who wants to be president without a doubt. He was number 1 at West Point, he was at the CIA, at the State Department, he was a deputy, he was one of the leaders of the House, he made a spectacular cursus honorus.

How do you see the impact of communication companies in the North American political battle?

Everything has been atomized quite a lot. Until four or five years ago, Fox dominated the cable battle. As a foreigner, Fox seemed like something very right-wing and CNN something very left-wing. They seemed equivalent but Fox had triple the audience. At first Fox was skeptical of Trump but as Trump got older he became the most Trumpian there was. Tucker Carlson seems to be an academic and is characterized by explaining the most extreme statements with apparent logic and calm. Now Carlson and Laura Ingraham are the central figures. Fox has a stable space because in the United States there are a lot of conservative talk shows and there are also local radio programs that Fox later nationalizes on its screen. The different networks, CNN, CNBC, have been atomized, I’m not saying they are marginal but they have lost weight. Perhaps some long for Trump firing from Twitter because that put an order to the discussion and the battle.

Copyright The SA Online Policy 2022.
Please do not cut or paste our notes on the web, you have the possibility to redistribute them using our tools.